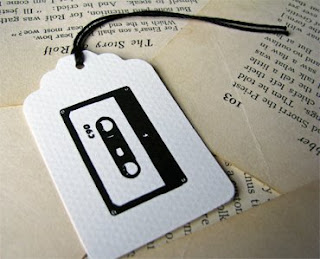 We're on vacation this week -- at home. Two days in and I'm loving every minute! Yesterday my latest title from BOMC2 arrived. I'm probably not going to get to that until fall because of the reading challenge all six of us have undertaken. It's all about reading the right titles from now through August; my apologies to Anne Rice but since she's not {yet} on a classic literature list she has to wait until September.

Books:
Every summer I try to give us a reading theme to rally around. One of my favorite, favorite, favorite things about summer is the less-scheduled pace which means lots more time for fun reading. My kids are older and I'm not getting dumber with age so this year I attached a cash incentive. Brian and I are even paying ourselves!
For a couple of years now I've been compiling lists of classic literature and this summer that is our goal in the Murphy house -- to get some classic literature under our belts. Want to join us? Check out the list (but don't expect me to be handing you any cash)!
With my vacation time I've completed two-and-a-half books in the last couple of days (oh, the joy)... 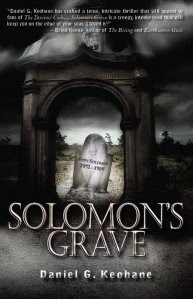 You may or may not realize that this book is quite a distance outside of my normal taste. But my friend Kevin Lucia has been educating me on the suspense/horror/pulp-fiction genre and this is one of the titles he loaned me. I had speed-read another title that, honestly, was not one I would have wanted to spend much more time than the quick browsing I gave it. But this book was different.
One of the reviews on the back cover reads: A fascinating occult suspense novel, fluent to read, for all those who prefer subtle suspense and finely woven characters over bloody murders and hardcore action...
Based on my clear preference of this work over the first I'd guess I'm one who "prefers subtle suspence over bloody murders". In many ways the plotline and characters reminded me of those I've read in one of Frank Peretti's novels. The main character is a young pastor in a small town wanting to do right by his faith, friends and family but, unwittingly, finds himself in the middle of supernatural clashes between good and evil forces.
Although I did get caught up in the book -- twisting my hair and turning pages as quickly as I could -- the characters were not as convincing to me as those Peretti created and I did not find myself wanting to hide underneath the covers as I did reading This Present Darkness while I was up in the middle of the night feeding my newborn. But I read them a long time ago and I could just be a little bit harder to please now. Either way, I'm glad Kevin is helping me to learn a new genre and I am convinced that we do not tell the whole truth in any artform that does not convince us that evil exists and must be fought. I applaud Kevin and his ilk for pursuing this genre with gusto!

Meet the Austins by Madeleine L'Engle 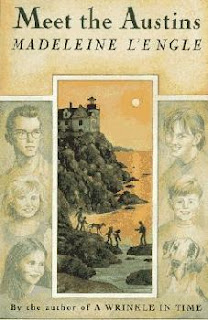 Moving from occult suspense to this title from one day to the next should have given me some sort of literary whiplash! But moving back and forth between genres is half the fun in reading for me and this author and this book rank right up near the top of my packing list for that day I get stranded on a deserted island and can take only one book.
This morning all six of us (plus Kendra's girlfriend Kaitlyn) walked the two blocks to the neighborhood library - summer book lists in our hands. I had decided to read from the poetry category and looked up Chaucer's Canterbury Tales and Shakespeare's Sonnets. But I could not resist going back to my reading roots with this series. And, within 12 hours had the first title completed.
You know that feeling, right? When you go back to one of your favorite childhood books and it's almost as comforting as if you were actually curled up in your old bedroom, surrounded by your stuffed animals and other assorted adolescent bric-a-brac. During this re-reading I may have realized for the first time how much of my own parenting dreams have been formed by the ideals held by the Austin parents, Victoria and Wallace. I had to also fight the temptation to be discouraged by how little I've matched those ideals. I mean, honestly, how could I be feeling discouraged when I had spent the morning with all of my children scouring the shelves of our little library? Surely the Austin family would approve. Now if we could just have a bushy-eyebrowed grandfather that lived surrounded by books in a renovated stable on a quaint island near (I'm guessing) Nova Scotia surrounded by coastline and beaches where we'd cook hotdogs and make sandcastles and play leapfrog and....[sigh].

Flannery: A Life of Flannery O'Connor by Brad Gooch 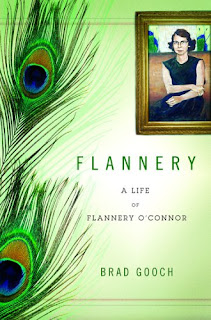 I've read more about the storied southern-born, Catholic-bred author than read her actual stories. I've read The Geranium (in a collection of short stories) and The Violent Bear It Away...that's it. And, while they both affected me with their gritty, defiant characters and mythic tone, I wouldn't say they are my favorites. But the woman -- or at least the stories about her -- intrigues me. I thought, perhaps, if I read more of her life-story I would gain more insight into her novels and short stories.
This book is growing on me. Biographies normally do. (but I've mentioned that before, haven't I?) I am fascinated by the way a life and a work come up from out of a stew of circumstances, genes, opportunities and choices. The backstory of O'Connor's growing up years in the south during the days of Jim Crow laws and World War II and later in the almost-legendary Writer's Workshops at Iowa State University are as interesting to me as the stories the author has imagined into existence in the pages of her work. I'm not sure I would have liked O'Connor too much if we had been classmates -- she was anti-social and often bitingly sarcastic. But her contrarian, ironic persona and her clear focus and determination to write and write and write and write, are teaching me about this craft and those who pursue it. It is also teaching me about myself and my fears and my continued deference to the status-quo that I don't like to look at very much. If her writing does not have any further impact on me, than hopefully her life-story will.

Films:
Perhaps to counter-balance all the quality reading we're doing as a family this summer, we've decided, in the movie department, to crank up the melodramatic and the kitsch -- you guessed it... 1980's films! 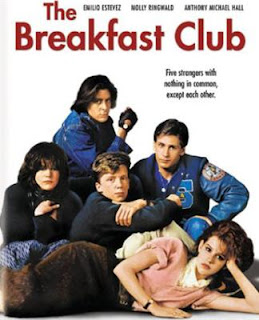 This idea formed during a seemingly-innocent conversation with our friends Paul and Margaret. We were on our way home from dinner at another friend's place and were just making conversation, really. But as we poked into the fog of our near-forty-year-old brains and shouted out one 80's title after another the idea to flood our Netflix queue with every title became too good to ignore.
We're starting with the quintessential drama of teenage angst (The Breakfast Club)and then moving right-into the testosterone-laden romantic glamour (Top Gun). Our kids really aren't too excited about this and Brian and I just can't figure it out. How could they NOT want to take this trip back to our glory days with us? Don't they want to understand better the culture that formed their parents?
Romancing the Stone is coming later this week, and Pretty in Pink after that. What titles would you pick?

Music:
Speaking of the 80's, last weekend Brian and I shared a blast from the past at an outdoor Huey Lewis concert. Who'd have thought I'd love his live music even more than my cherished copies of Fore! and Sports? Between Meet the Austins, The Breakfast Club and Huey I may just be entering some sort of mid-life crisis. (actually I think it's just a much-needed vacation for my head) But, dang, did I need a reminder that there is some feisty girl still kicking around underneath this aging skin! And, in a freaky week of deaths, it was a good reminder of the power of pop music.
You might say, the heart of rock and roll is still beatin'.... 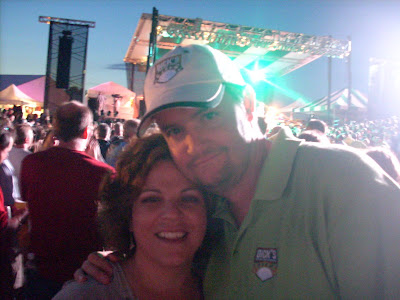 Links:And, speaking of freaky news, you gotta check out this comic strip... (thanks to Jeffrey at Looking Closer for the link)
I'll leave you with this video of my son drumming during his youth group's end-of-the-school-year worship service. It has been a while since Brian and I have been able to watch him play and when I got to watch him in his space I was kind of overwhelmed by the knowledge that he has only one year of highschool left. That Brian and I get to help him channel this passion and energy into the next phase of his life are thoughts that are almost devestating to me.
The kid can rock...