Liturgy of a Laity Lodge retreat [the word, part 2]

*This is the fourth post in a series about my trip to a retreat for Ministers to Artists
at Laity Lodge in Kerrville, TX.  You can see the other posts here.* 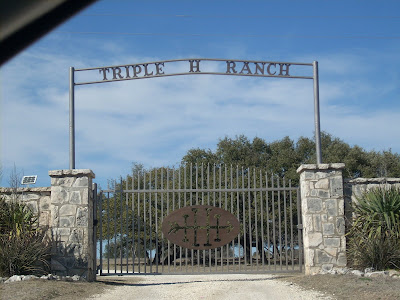 Driving route 41 between Kerrville, TX and the Laity Lodge was like entering an old spaghetti western. Or a 1940's travel magazine.  One real-live ranch after another -- with names like Triple H and Circle W and Y.O. Ranch.  I guess I thought that they had gone the way of the Marlboro man, so imagine my giddiness driving under the blue Texas sky, feeling like a modern-day Barbara Stanwyk.

Not sure what the actual properties and livestock  looked like, but the gates and names caused me to feel gloriously nostalgic. Ridiculously nostalgic, actually.  At one point I swerved to the side of the road in my spiffy little rental car and video taped one of the gates, trying to capture the Texas-ness of it.  When I watch it back, I laugh at my running monologue that includes words like gi-tar and fixin'.  For real.


Naming and being named, like these hill-country ranches, sat at the core of teaching and discussion throughout the retreat for Ministers to Artists.  Thursday night, David Taylor, introduced the topic sharing his own history as one named, and -- on occasion -- as one de-named.  At that time, I felt quite comfortable with the topic.  I love the name my parents gave me.  I love it so much it inspired the name for this blog. Tamara is a Hebrew form for palm branch.  Living, green, sturdy, exotic, life-giving. In dying, used as a carpet path for the Messiah on his way toward a divine destiny and  for 2,000 years since as a remembrance of kinship to this King. Even in the ashy residue marked on our foreheads, we are named as one of an everlasting kingdom. 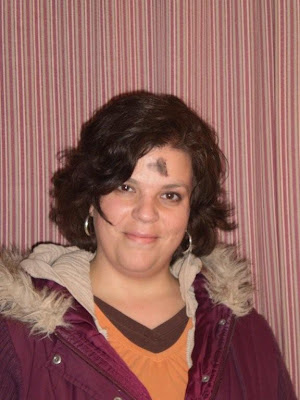 How could I not love the name?

But, of course, this retreat conversation was much more than etymology -- derivations and the like - - it was about ontology, about our is-ness.  Naming as soulish, Adamic, dusty work.  Naming and being named represents our first God-given task, and, it seems, we've all but lost the instinct to do the job.  We're walking around as a great unnamed mass, attaching self-adhesive tags to ourselves like dimestore trinkets, so hungry are we for this ancient rite.

Saturday morning, David did well to remind us our history: we've been adopted by the name of Christ into the line of Abram who became Abraham, Jacob who became Israel, Simon who became Petra, the Rock, and Saul who became Paul. Even Joseph the Levite from Cypress who became Barnabas.  Names tell stories:  Naomi as pleasant becomes Mara, bitter.  Elizabeth as barren becomes Elizabeth, fruitful.  Zechariah prophecies  the story of his son's divine destiny, loosening his mute tongue, "His name is John."

To be sure, the longing for name is not only told in the canon of biblical history.  Taylor is a scholar and an author

and did not neglect a long history of naming in the tales we rehearse and pass down, one generation to the next. From Chesterton's The Man Who Was Thursday

story, My name is Asher Lev - all names of stories nearly obsessed, in one form or another, with the act of naming.

Listening to this articulate and impassioned rhetoric, the gathering seemed to be soaking in the words. However, the comfort I had originally felt shifted to an unnamed anxiety. It may have been triggered when David shared his own story of being de-named in college.  I am quick to remember my own litany of such curses.  Dumb, manipulative, disloyal, selfish, emotional whore.  Names that have graffiti-ed my soul.  Listening, I became sidetracked, trying to remember something I'd read recently about these kinds of namers as kindred spirits.  Strange thought, I realize, but when I'd read it, it had begun to make perfect sense. (Was it Lamott or L'Engle or Dillard -- oh the frustration of forgetting a name!)  Even in the act of cursing, the namer identifies some true thing in me and then chooses to speak life or death to that identity.  This is the very essence of good and evil, and the activity goes all the way back to the newly christened inhabitants of the Garden.

As the talk continued, though, and perhaps even more clearly during the Q&A following, I began to realize that far more painful were the memories of being named by spiritual abusers.  Name bestowed by trusted mentors at the time, but laster discovered as broken souls cooperating with the cheapest and dirtiest of motives -- spiritual and emotional manipulation.  In my healing process, I've come to understand that, while truly evil people do exist in the earth, most namers as abusers do not understand the harm they commit. It may be that they are so hungry for relationship that they operate falsely from a codependent stance -- I'll name you if you name me. It may be that they have a certain kind of valuable discernment gift that they wield separately from the Giver of the gift, leaving behind a trail of spiritual and emotional wounded.

But this talk at this retreat was named "Mentoring as Naming", wise to attach the inherent responsibility to the action.  Early in the talk, David warned that to discover one's name is to discover a complex of names.  To have a name is to struggle into a name. This act of being named is not a willy-nilly tromp through some fragrant flowerbed of all-of-a-sudden ecstasy. After all, Francis Marion Tarwater

had to suffer the evils of fire, water and death to know himself as a prophet. Saul had to go blind and stop eating for days.  Jacob had to wrestle with a supernatural being until being blessed, walking through the rest of his life as a limping Israel.

The deepest wisdom of David's talk set the teaching apart from a sticky-sweet counterfeit of naming as sound-bite spirituality: We live into our true name as an ecclesial and an eschatalogical name. Abraham died at age 175 with one promised son after being told he would have as many children as the stars. The attempt Sarah made to correct God's apparent miscalculation of their offspring is wreaking havoc between the seed of Abraham to this day.  She did not understand, yet, that to have a name is to to have a name in time. To live into a name is to live into your name through eternity.  This world is not our last chance to be all that God has intended, and when I accept this truth as a gift, it releases me from the panic that I'm not going to get it all done. I can live into my name fully now with a hope for a fuller then.  In other words, my is-ness is simultaneously a then-ness.


"And yet we have to act. The rocket of our life is off the pad. Action is forever. We are becoming who we will be — forever." -- Dallas Willard, The Divine Conspiracy

So, the eschatalogical name is the one we live into for eternity; the understanding that all that God promises is to be our satisfaction through Christ. The ecclesial name is the one explored with the eternal community of Christ. As mentors and as ones hungering for our own name, we  must make ourselves available to the people of God across time and space.  If our biological name is received by the first birth, our ecclesial name is initiated through the second birth of baptism.  As David reminded us, those who are in my tribe can intuit things about me faster than I can myself.

about the word of Christ to me being stronger in my brother than in me...help!]

A normal part of this process is that my community names me by helping me to know what I am not.  This may be one of the most beautiful fruits of living with a tribe of Christ-lovers: all words and all actions are dispensed through the truth and grace of the Cross and the Resurrection.  None of us want to walk around in a delusion about who we are, but when I try to claim a name outside of the realm of Christ's work I am left shattered by the cold realities of a flattering, gracelessness.  Just watch a couple of episodes of Oprah to understand what I'm suggesting here.  And, don't you dare, for even one minute, believe that the church is exempt from this kind of shallow, cross-less naming.  Need proof?  Get in the car and drive to your nearest christian bookstore, walk to the best-sellers shelf, and read the titles.  Or, turn the radio dial to your local christian radio station and listen to the music, teaching and advertisements for about fifteen minutes.  Please don't misunderstand me, this is not a criticism of the need for biblically-informed cultural goods; it is a criticism of the consumeristic mindset that promotes and purchases drivel and believes it is eating meat.

One of the wounds I carry from my childhood is a hatred of acknowledging my own need.  I confess that, at times, I project this disgust onto others' expression of need.  Over many painful and redemptive experiences over the past several years, and particularly this past Spring, I am aware that my Abba Father is not satisfied with me getting this truth as only a half-learned lesson, a half-hearted prayer for blessing.  My time re-learning  the ancient truths imprinted on my heart about His ability to bless -- and not curse -- my neediness was a good gift.  I spent the rest of the retreat listening for this deep magic of Christ's redemption of His children and I heard so many good tales.  I heard it for others and I heard it for myself -- which is to say I heard it in the most joyful context possible.  For, I am not named alone, but into a family, a body, a Bride.  Into a story greater than my own, but that includes my own.

Maybe someday, I'll feel safe to share some of those tales here, in my blogging community.  But, for now, I walk as one hopeful and listening and content.


God, I'm not trying to rule the roost, I don't want to be king of the mountain. I haven't meddled where I have no business or fantasized grandiose plans.

I've kept my feet on the ground, I've cultivated a quiet heart. Like a baby content in its mother's arms, my soul is a baby content. 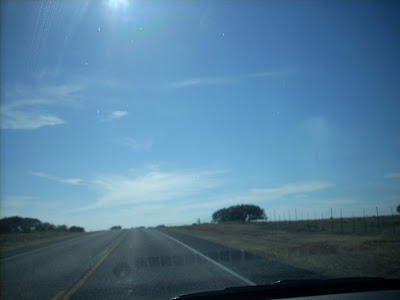 I cannot rest from travel: I will drink
Life to the lees: all times I have enjoyed
Greatly, have suffered greatly, both with those
That loved me, and alone; on shore, and when
Through scudding drifts the rainy Hyades
Vexed the dim sea: I am become a name.
For always roaming with a hungry heart
Much have I seen and known; cities of men
And manners, climates, councils, governments,
Myself not least, but honoured of them all;
And drunk delight of battle with my peers;
Far on the ringing plains of windy Troy.