I have no talent for politics {a 4-year-old repost}

This morning, re-reading my words from 2008. Not much changed for my feelings about the 2012 process. 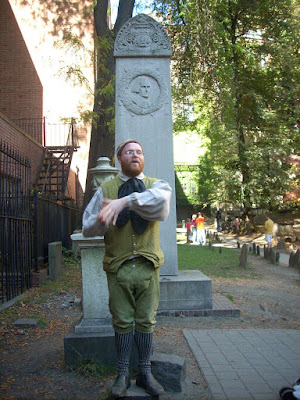 "I have no talent for politics."


...and, this, I quote directly from Paul Giamatti's character, John Adams, in the HBO film named, well, John Adams. The quote struck me funny as I watched the film because for someone who has no "talent for politics" he is extremely influential in the forming of our nation.

I was reminded again of this quote in reference to myself as I do my best in these last days before our nation's election to bring a sound mind and clear conscience into the voting booth. I am perplexed because I do not see my way clearly to vote for either of the candidates of the two major US political parties. I know what buttons I will push on November 4 if I receive no further light. That being said, the unconvinced state I am in is perplexing to me.

Out of all the resources and wealth -- financially and intellectually -- of our nation, the fact that the two best candidates we can muster are both so unappealing to my beliefs and sensibilities is, well I don't know a better word that is also polite -- perplexing.

I have read enough to know the 'big ticket items' for the candidates in the Democratic and Republican parties. I know the moral stance. I know the accusations and the alleged character flaws. I know firmly what my feelings are on each of those issues. I am not perplexed because I am uneducated or wishy-washy. I am perplexed because I have a deep desire for a greater process -- one that calls us up toward greater abilities to think and discern and discuss and decide. Instead, our process seems to pigeon-hole and dumb-down and polarize. When I watched the HBO film on John Adams, I tried to lay that scenario over our own current one and it's like two different countries with two different peoples.

Of course, we know much about the quirks and sins and character flaws of our founding fathers. When I was in Boston recently, our Freedom Trail guide was only too happy to point them out for us as we stood around Paul Revere and John Hancock and Sam Adams' crumbly grave markers. The pantaloons he wore matched well his jester-y tone as he informed us that, had we been in the founding fathers three-cornered hats, we too would have been able to create a new nation. Ladies and Gentleman, dismiss any thoughts you may have about our founding fathers' nobility or valor! With a wink and a nod, he assured any men in our group who may be tipsy, womanizing tax-cheaters, they, too, could be nation-formers and revolution-leaders!

You see, this is what I'm talking about. Why must we bring the gestures of debate and election and nation-keeping to the same level of conversation as canine cosmetics and plumber cracks? (FOR THE RECORD: I choose not to lump certain political comedy sketches into this same category -- there is such a thing as comedic genius, after all!) Are we so insecure that we can not bear the threat of walking alongside greater skilled, intelligent and sacrificing persons? Unless we see a politician walking around in cowboy boots or flip-flops with diner eggs and bacon on his plate or beer foaming out of his hoisted mug, are we so unable to trust his ability to serve our country?

And just for the heck of it and because, well, it's MY blog, I'd like to call this tendency to distrust anyone who dares to rise above the lowest common denominator a blue collar dumbing down of our political process. I know some would call it populist. But that’s a little too hoity-toity of a term for this point. Blue collar works just fine – bottoms up!

The other sort of dumbing-down that so often comes attached to the election process (especially in the party in which I've been most experienced) is what I think I'll now refer to as a white collar dumbing-down. It's a little bit more sophisticated and only slightly more subtle. It exists in most of the political statements delivered in all-caps, 18 point-Helvetica with multiple exclamation points. It thrives on alarmist fear-mongering and self-righteous pontifications. To keep the Boston example alive, perhaps this sort of flawed process was best seen by the Thoreau-quoting, anti-Puritan trolley driver. (although he was too Thoreau-like to speak in all caps…)

If the bubble-bursting stories of our founding fathers annoy me, than the attempt at deifying the early formers of our government as some sort of holy saints of the promised land that is America absolutely drive me to the edge of --gasp! -- becoming a Democrat. (That lame little attempt at humor is supposed to indicate that this is a polite political conversation at this here blog site. You should know that I'm thinking lots of expletives in all caps and 18-point Helvetica in my head.)

Although I have literally dozens and dozens of examples of this sort of self-proclaimed prophetic behavior it's easier for me to just point to the 16-page publication coyly titled "Letter From 2012 in Obama's America" and released by Focus on the Family this past week. I first learned about this letter at my friend Earl's site and I could only stomach a brief skimming of the document. Why does this organization who has done much good service to the Church in its long history, feel the need to resort to poorly-written, fear-inducing tactics? (Didn't anyone learn anything from Y2K??)

This is a dumbing-down in the worst category because it plays on peoples’ fear of being wrong about God. Secondly, it perpetuates much of what is wrong in our education – or lack, thereof – today. I am reminded of a statement Gregory Wolfe made in the middle of a book review at the Image blog, "Robert Clark’s books contain what all those studies on the decline of reading claim that our culture is losing: sensitivity of perception, precise language, and the kind of rich interiority that evokes complex emotional responses to the human condition."

Instead of giving people opportunity for thoughtful, perceptive conversation and healthy debate this type of hyped-up and flattened-down rhetoric slams into the worst levels of the woundedness and fear that human beings carry just underneath the surface of their everyday lives. Respect calls people up toward a higher expectation for thought and action; therefore, it must be a disrespect that behaves as though people will only act a certain way if they are bullied into fear-motivated action.

When I do enter that voting booth on November 4 I will feel the same amount of gratitude and awe as I have every other time I’ve voted. (For my local friends, aren’t you glad we still have the booths with the curtains? I feel so important when I get to shove that lever to close the curtain, knowing that a whole line of people has to wait, watching the backs of my heels as I click down button after button.) In no way is my appreciation for my title as an American citizen lessened. Heck, just last week I even teared up at my son’s highschool chorale version of The National Anthem . But I am not mistaken that my truest alliegance does not belong to any political party or nation or, for that matter, para-church organization.

My allegiance belongs to the greatest leader of all time, who served the least of these and simultaneously expected all those he taught to think and act with both intelligence and love. I happen to think that we could trace back the behaviors of both blue collar and white collar dumbing-down to our own mangled attempts at being in relationship with this same Jesus.

Consider that it all started with the Governor-of-Governors walking with the common folk in the cool of the day. And no candidate could get a better front page headline than “Leader Cooks Breakfast on Beach for Local Fishermen”, but He opposed any attempts to bring Him populist fame. He wired a taste for this kind of servant-leadership into our human DNA. And then gave us His Spirit so that we could model that same leadership to those around us.

And who held their heads higher and made their actions bolder than those that Jesus interacted with in the most respectful and elevating ways? The same Ruler who shares His name with Abraham, Isaac and Jacob and with Peter, James and John was one who raised the expectations for His followers. Is there a more eloquent  sensitive, complex example of this than His Sermon on the Mount?

The One who held the keys to death and hell never resorted to scare tactics, but instead asked questions as nuanced as “Who do you say that I am?” Those in allegiance to this leader are able to follow with clear eyes and upright posture, not bent with fear and bitterness and inferiority complexes.

I know who I am voting for tomorrow. My conscience is clear that I am stewarding the gift that comes to me as a citizen of the United States. I am clear – even though perplexed – that when neither party seems to be getting the job done on many important issues, at the end of the day, one has to align oneself with one or two moral issues. I am clear that I am not voting as one who wants to get even with those who served up the rotten fruit of bad-politics-meets-bad-religion in my formative years. I am clear that I am not perpetuating that trend by meeting some unmet fantasy of backsliding in the church by masking as rebel behind the voting curtain. At the end of the day, I’m just going to click the button.

And be thankful that my true allegiance is to a King and His Kingdom.