Welcome to a special Epiphany series of guest posts.  I've asked a few friends who live (literally) around the world to take a walk through their neighborhoods and share some of what they see through photos, videos and words.  Each one has selected from a variety of thoughtful prompts to consider the ways the Light has moved into their neighborhoods.  Will you join us? 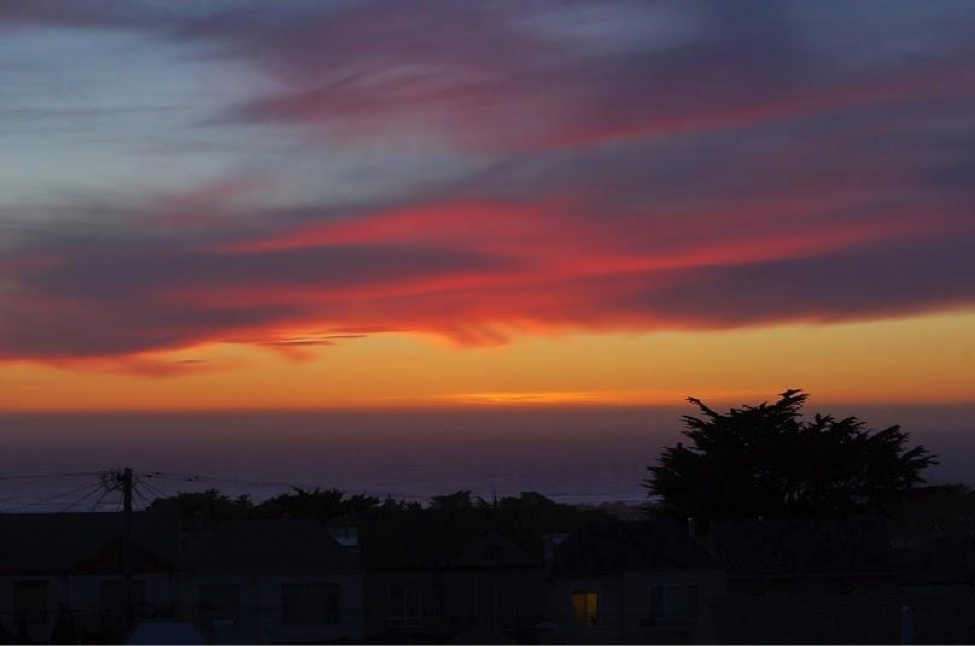 This is the view from my back porch on a clear day in winter. In the church calendar we are in the season of light. In the Outer Sunset of San Francisco, this is the season of sunsets, a miraculous time of year when it feels like almost every evening we get to watch the sun sneak away into the Pacific ocean. Much of the year here is covered in fog and the ocean is distorted from our view behind a canopy of gray. But, during Epiphany for the past two winters we’ve spent in our home, the sun has set with bright reds and oranges, unmarked by the curtain of fog.
I always feel sorry for the season of Epiphany. It’s a shame to have such a remarkable name and always be ignored. I mean, it’s got to be tough to be the season that shows up right after Christmas, to mark the day we ought to have taken our trees down and stored our decorations. To be the liturgical mark on the calendar when everyone sighs some relief before we all start up with preparations for Lent. Poor thing.
Ah, Epiphany. I remember when I first learned that word. I was a secret word-nerd in middle school and high school and would never have owned up to the fact that I loved learning the word “elaborate” in 7th grade Language Arts. It sounded so sexy on my tongue. “Elaborate!” Mr. Jester would say as he shuffled up and down our rows of desk and jingled the coins in his pocket, discussing the five-paragraph essay.
I didn’t learn “epiphany” until I was in 12th grade, in Mr. English’s (his real name!) British Lit class. He described it as an “Aha!” moment long before Oprah ever claimed the phrase. We would discuss the main character’s moment of epiphany, when she finally discovered what she was meant to know, recognized the truth that would change the course of her story.
My story changed when I moved to San Francisco over five years ago. I’ve lived here for more than four years, with a one-year jaunt to Austin there in the middle. We have lived in four different neighborhoods in the four-plus years of our life in San Francisco, and in each, we have come to love and appreciate the offerings of each particular corner of the city. 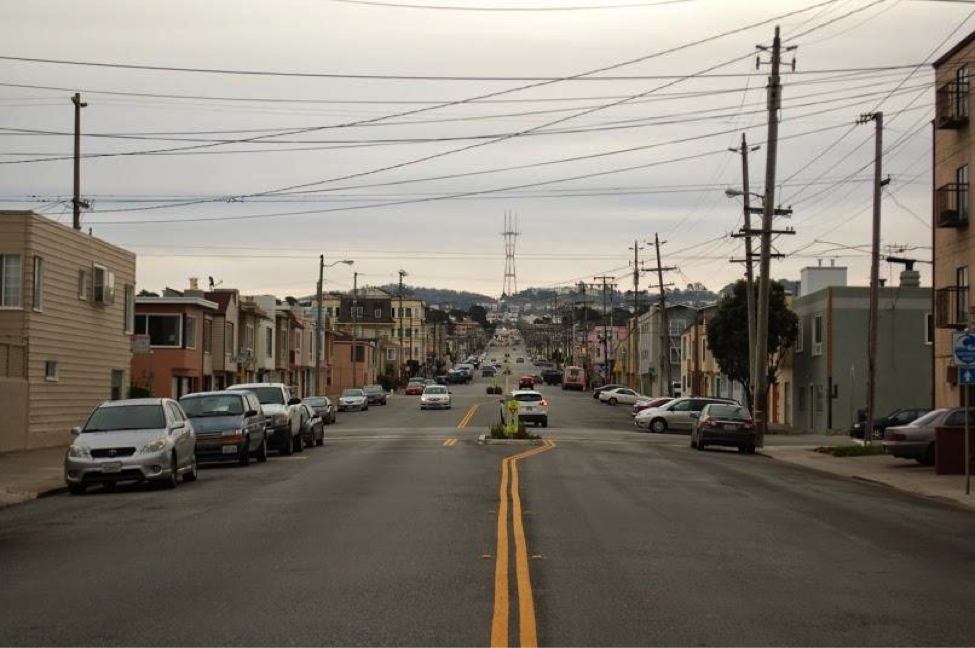 The neighborhood we live in now--The Outer Sunset--is the one I hope to stay in long-term. While the rest of the city is louder and wilder and full of local shops and interesting goings-on, the Sunset is quiet. You don’t move here to get the “San Francisco experience,” you move here because you need to. Our neighborhood is spread out, housing is more affordable, and space is easier to come by. We are a community of upper middle-class families, surfers, and first or second generation immigrants (many whose families have owned these houses for 30 years). This is the one city in the US where housing is cheaper by the ocean. Because of that blanket of fog that arrives and sits over the view for half the year, the Outer Sunset is the least sunny place in SF. Our homes may have views of the ocean, but that doesn’t mean we can see it. 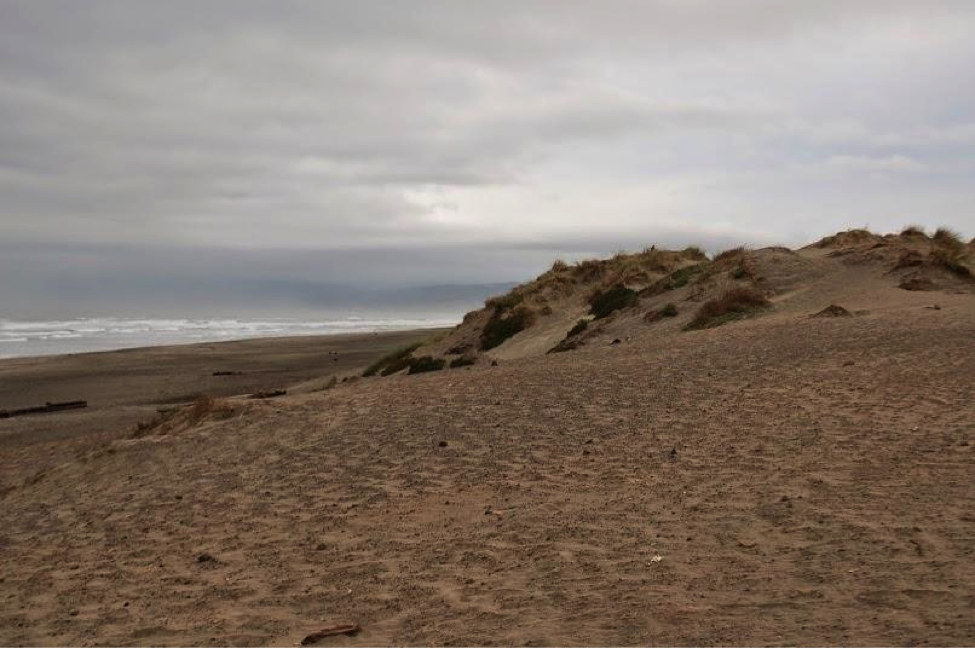 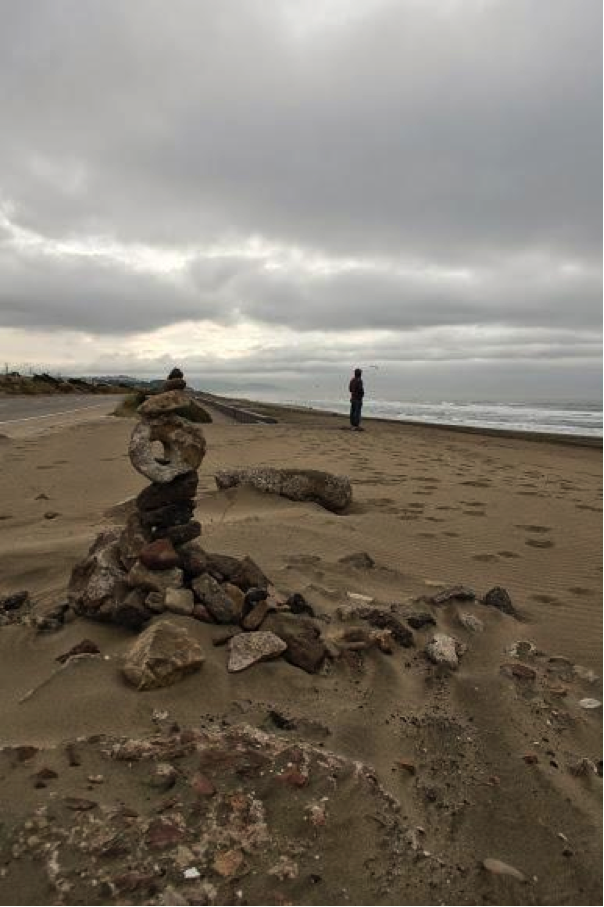 This is the Pacific Ocean, a mile walk downhill from our house. I grew up far away from the edges of our continent. My husband, an East coaster, says he feels a little claustrophobic as he moves further inland. As a girl from the plains of Texas, I feel unstable around big trees and hills. But when I stand at the edge of the sea, I feel the same freedom I felt when I used to drive to the edge of the wheat fields and watch the sunset sink west over the yellow grass.
Light. Epiphany is about light. What better place to walk and think about light than here, where the gray settles and sometimes opens up to the miraculous? 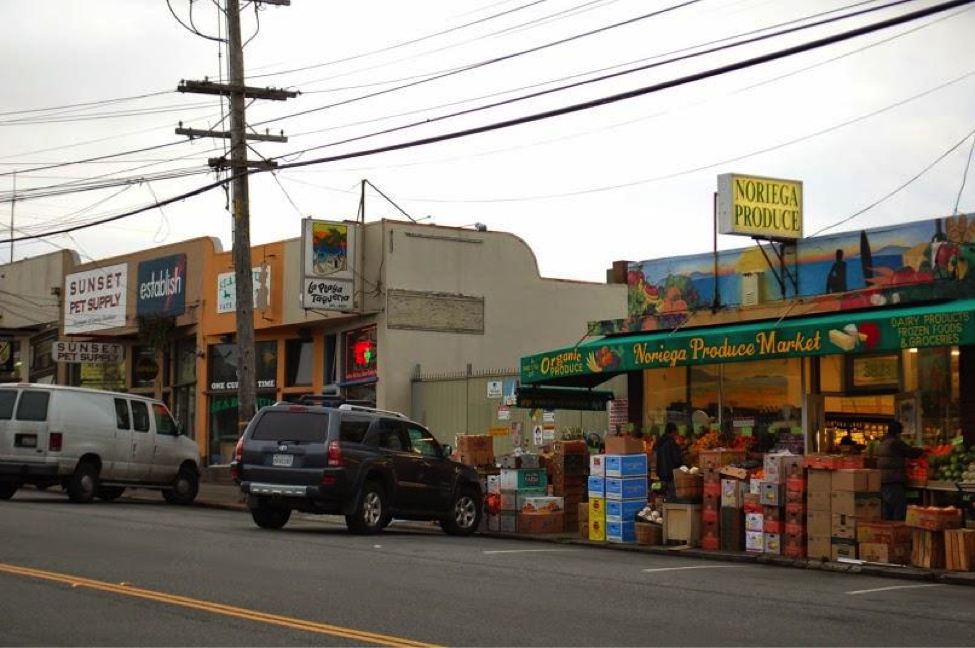 This is where we’re learning to keep watch for the light, in our daily places, in our ordinary moments. Here’s where my 3-year-old and I stop after school on Mondays to refresh our veggie and fruit supplies. 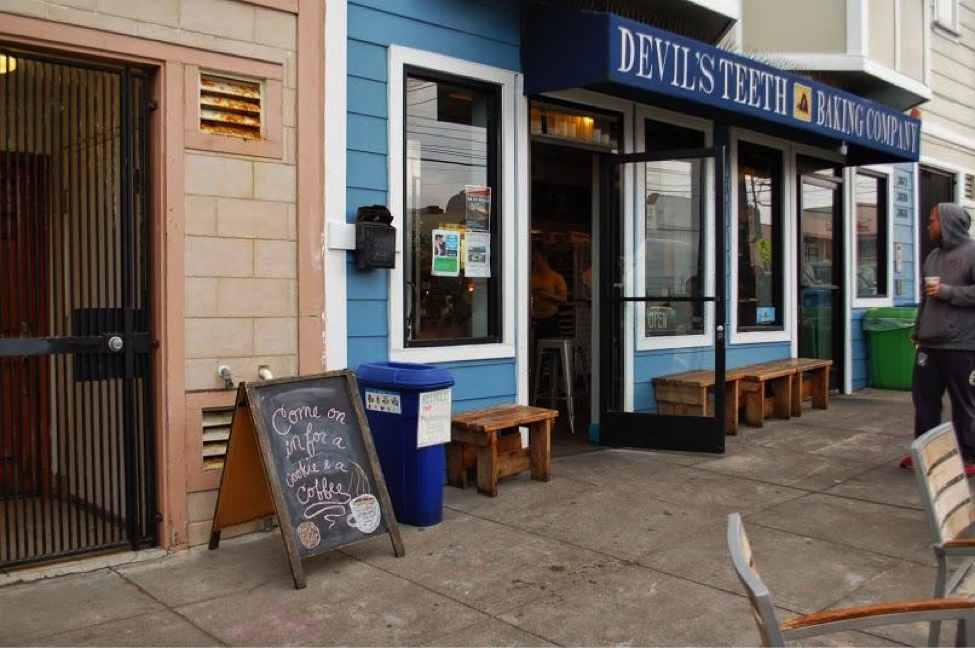 And this is where I get our rare treat of fresh sandwich bread or meet up with friends for the best breakfast sandwich in town (I promise.) 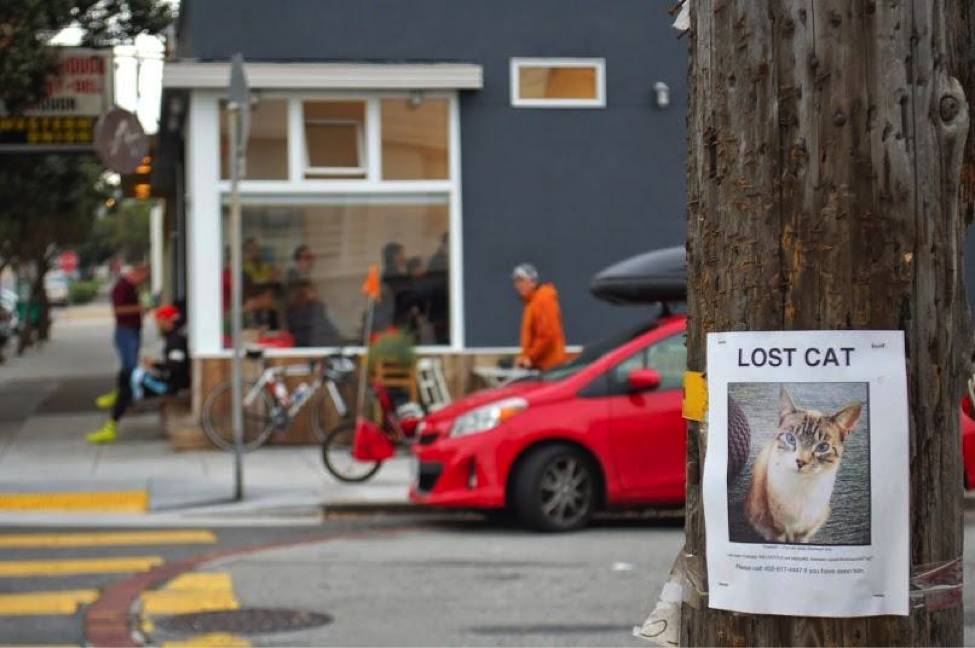 My littlest one’s preschool is just a couple of blocks up from Andytown, a lovely third wave coffee house which constantly tempts me to just get one cappuccino on my way home from preschool dropoffs. I’m learning the baristas’ names. 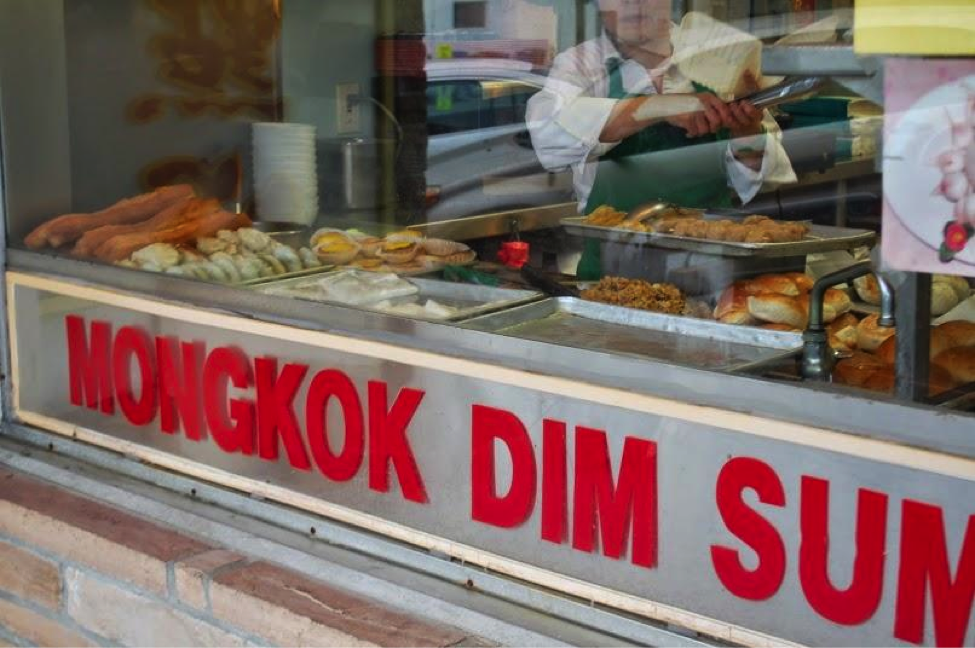 Three quarters a mile up the road from the ocean, closer to our house, is the strip of mostly Chinese groceries and dim sum shops covering a three block radius. At the donut shop, a crowd of mostly Cantonese-speaking men and women gather every morning to chat and read the Sing Tao Daily (the most read Chinese newspaper in town).
My boys have learned to smile and let themselves be patted by kindly older Chinese women. I love that they recognize the bell tones of that fascinating language I rarely heard growing up. I love that these shops (along with Safeway...let’s be honest) are the stores closest to their home. 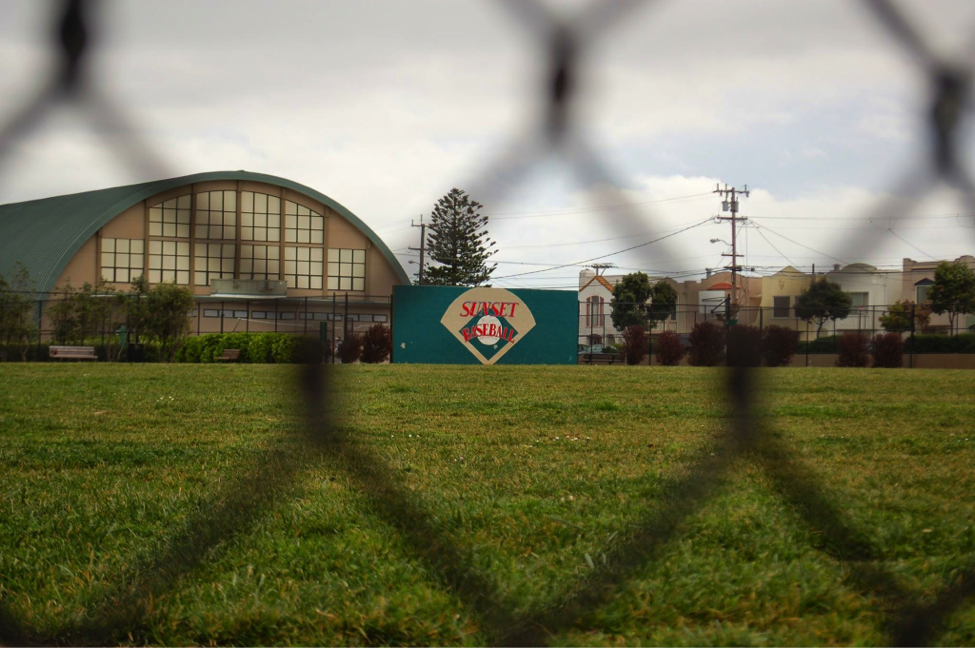 Epiphany generally lasts for eight weeks or so. It’s a season of time after the coming of Jesus into the world, before the spiritual preparation of Lent, to set our hearts in order, to let ourselves be reminded of The Story: The miracles. The healings. The gentleness of Christ. The bringing of good news.
This is the season when we are visited by a man named Jesus, the season when he reveals himself to us. 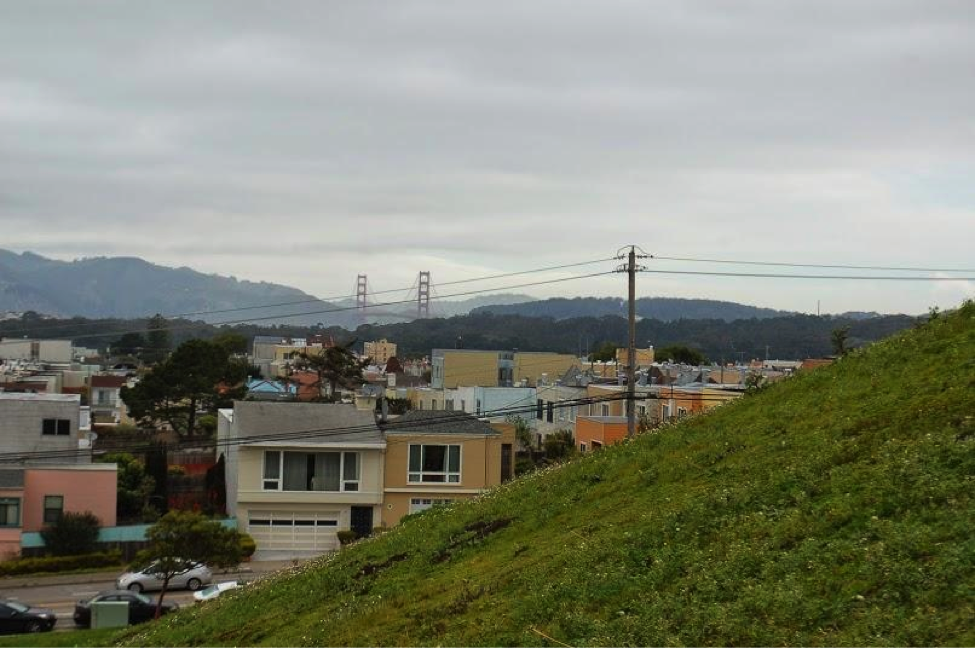 San Francisco is a city so committed to preserving green space, that even the city reservoir two blocks from our house is a remarkable steep green walking path. Here is where we venture when there’s no time to ride scooters anywhere else. Here is where the boys climb the steep grassy side and we find ourselves facing our city, sometimes on a clear enough day that we can see the Golden Gate Bridge and the ocean at the same time. 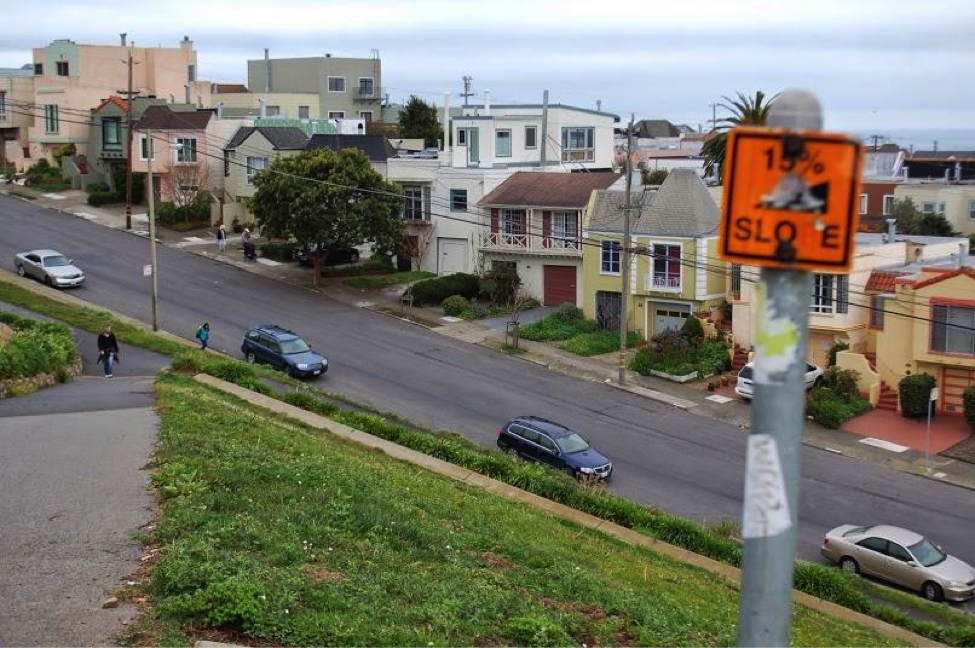 When, from that reservoir view, I look out on the city, high above the tips of houses, I think of how I never once chose this city for myself. Only God could have placed my Texas self here, called me to such a strange, unknown land.
I think about light. How The Book of Common Prayer opens each Morning Prayer throughout Epiphany with Isaiah 60:3.
“Nations shall come to your light, and kings to the brightness of your rising.”
These dark days of January and February are the days we look to the light that comes for all the nations. These are the days of Aha.
Epiphany. I whisper it. My tongue forming the words while my boys zoom past on their scooters. We make our way downhill while I fret over their speed. “Keep your foot on the brakes, boys!” We land on flatter ground and scooter home. 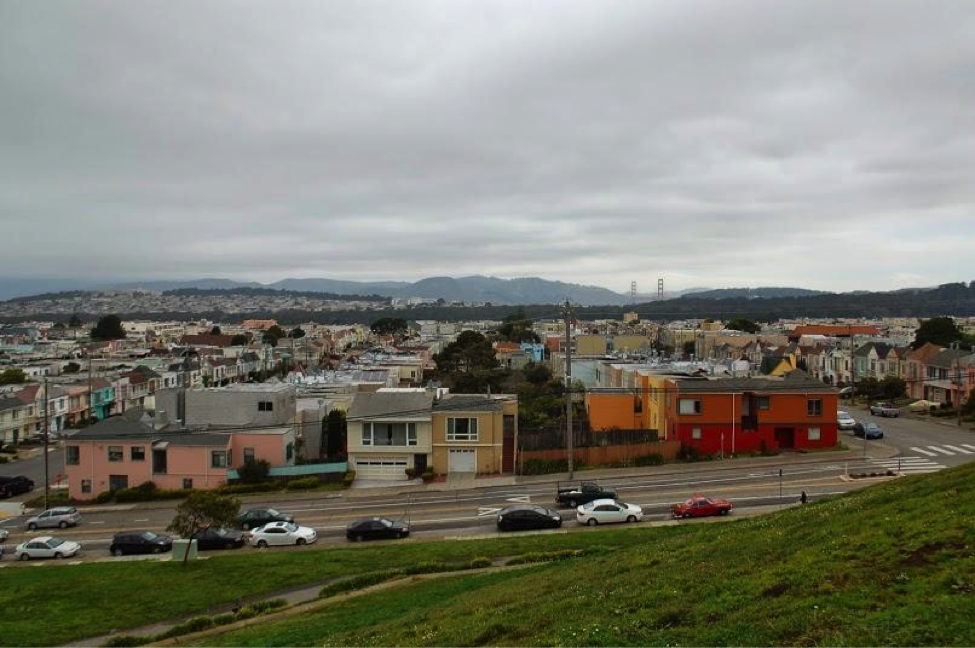 Micha (pronounced "MY-cah") Boyett is a writer, blogger, and sometimes poet.  A former youth minister, she's passionate about monasticism and ancient Christian spiritual practices and how they inform the contemporary life of faith. She is the author of Found: A Story Questions, Grace, and Everyday Prayer. Boyett and her husband live in San Francisco with their two boys. Find her at michaboyett.com

In Living the Christian Year: Time to Inhabit the Story of God, author Bobby Gross reminds us that the liturgical season of Epiphany brings the themes of light to a culmination.  In Advent we cry out with Isaiah for the pople who walk in darkenss to see the promised light.  In Christmas we celebrate the coming of that Light in the birth of Jesus.  In Epiphany we recognize that the gift of Light is for the whole world as illustrated by the arrival of Magi from the East to the Jewish home of Mary and Joseph.

Throughout the daily readings in the Epiphany lectionary, we follow the early life and ministry of Jesus as He is revealed as the Son of God, appearing as light to a dark world.  He is the very God shining forth, manifesting the glory of God. Oftentimes the accounts are private affairs (Transfiguration), other times public (Wedding at Cana, Baptism).  All of them take place, though, in the places Jesus lived and worked, within the context of his relationships of family, friends, and followers -- the sick, possessed, poor, celebrating, drinking, seeking, religious, fearful, apathetic, discouraged neighbors.
Jesus often follows these revelations (or “epiphanies”) with the command to “Go and tell”.

“The one who shows himself to us asks us to make him known to others. The one who declaires, ‘I am the light o fhte world,’ says to us, ‘You are the light of the world.’ (Bobby Gross)

Lastly, two cultural practices are percolating in my imagination as I'm thinking about Epiphany:  the Blessing of the Home and the Beating of the Bounds. They are not universally practiced, but intrigue me in our attempts to live the visible life of Jesus-followers in our own neighborhoods.

Each of my guest posters selected a few prompts from a big ol' list I sent them (inspired by an overflowing folder of quotes I've saved from the Daily Asterisk).  They combined those prompts with photos and videos and observations from their own neighborhood.