from the journey of a blind woman: a discussion on Hallelujah (part three) 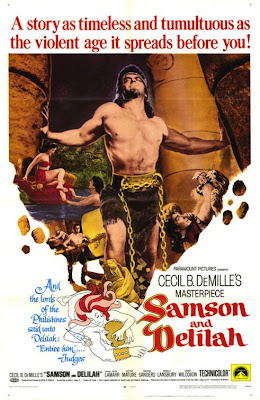 "It's a rather joyous song. I like very much the last verse. I remember singin' it to Bob Dylan after his last concert in Paris. The morning after, I was having coffee with him and we traded lyrics. Dylan especially liked this last verse, 'And even though it all went wrong/I stand before the Lord of song/With nothing on my lips but hallelujah.' "(Leonard Cohen, interview, Paroles et Musiques, 1985)

Question #3 (and the final question, thank goodness!), what the heck did Cohen mean when he wrote this song anyway? You know what I think? It matters. I think the process of trying to figure it out matters. I think that a piece of art that is spot-on obvious about everything it means, that leaves no mystery, no nooks and crannies to be discovered, does not contribute much to this world.

Having said that, I also really enjoyed getting to know the songwriter, Leonard Cohen, through this self-imposed assignment. He is, indeed, hard to pin down and at the same time very predictable. Of course, I can only know what his publicists allowed me to see. My friend Coleen encouraged me to email him directly, but I never got around to it. With all the research I still can not say (and am not sure I really want to) what this artist intended when he wrote Hallelujah.

But it does matter.

And, because it matters, here are some questions we could ask...


From what context does Cohen work?
Here's what I discovered about the artist himself. I imagine he is a man way more complex than this tiny list of information indicates, but hey, it's something!

common nicknames: "godfather of gloom"; "the poet laureate of pessimism"

religious?: His maternal grandfather was a rabbi. He has explored a variety of religious practices, including and especially Buddhism.


"For most of my life I fought against a relentless depression that I didn't understand. I couldn't understand the origins of it and I didn't know how to shake it. So whether it was wine, women and song or a spiritual practice or pharmaceutical medication -- nothing seemed to make a dent in that. And, when I began seriously to practice in different religious disciplines I didn't enter into these practices with any exalted sense of achieving enlightenment...I was just trying to deal with this cloud that I couldn't shake." -- Cohen

Well, I'd say this guy is pretty gosh-darn authentic in his song-writing. Some of the comments in the first post discussing these song lyrics wondered if Cohen was angry with himself, with God, with women. We heard him in his lyrics...not just what he said, but also in-between the lines.


What did Cohen say about the song?

And, at a Warsaw concert in 1985, Leonard Cohen introduced the song with this statement: (after talking about the struggle the people were experiencing with their government) "I know that there is an eye that watches all of us. There is a judgment that weighs everything we do. And before this great force which is greater than any government, I stand in awe and I kneel in respect. and it is to this great judgment, that I dedicate this next song, Hallelujah."

In a magazine interview, "Hallelujah is a Hebrew word which means "Glory to the Lord." The song explains that many kinds of Hallelujahs do exist . I say : "All the perfect and broken Hallelujahs have an equal value ." It's, as I say, a desire to affirm my faith in life,not in some formal religious way but with enthusiasm, with emotion."


In Antwerp in 1988, "You know,I wrote this song a couple of..,it seems like yesterday but I guess it was five or six years ago and it had a chorus called Hallelujah. And it was a song that had references to the Bible in it,although these references became more and more remote as the song went from beginning to the end.And finally I understood that it was not necesary to refere to the Bible anymore.And I rewrote this song;this is the "secular" Hallelujah."


What do other artists (and their critics) say about the song?

For starters, a couple of statistics...

"It's not hard to see why [Allison] Crowe's Hallelujah -- recorded in a single take -- is popular. It's one of Leonard Cohen's most affecting songs, and the 26-year-old, accompanying herself on piano, makes it her own with raw honesty and formidable vocal power. It's simultaneously heart-breaking and redemptive, and it has captured the imaginations of thousands around the world."

Another interesting review of the song is found here.

Before his drowning death at age 30, Jeff Buckley recorded one album Grace. On the album he re-defined Cohen's song from a lush, fully orchestrated song into a far more poetic -- even prayerful -- version. This recording seemed to catapult the song's popularity more than any other recording. In fact, in the Unplugged episode that started this whole frenzy, Bon Jovi tells a story of hearing Buckley perform the song live. Before that time he had never heard the song.


And, in a fun turn of events, I was able to ask Lincoln Brewster over dinner why he had chosen to record the song. (wish you all could have been there...Brian had given me strict instructions to not ask Brewster's band fifty million questions. Naturally, this is the one I picked!) I was very surprised when all of Brewster's band reacted in surprise to my question. None of them had heard of either Jeff Buckley or Leonard Cohen. Of course, I had to help Lincoln out with their education.

In answer to my question, Lincoln told me that he had seen and heard the performance several times and had noticed the overwhelming response from the audience each time. He wondered what it would be like to bring the song into the church environment. He couldn't believe how simple it was to get permission from Cohen's people to rewrite the song. He then told his band they would listen to Buckley's performance in their ride back to Syracuse. I felt pretty satisfied that my work there was done. (between that conversation and the discussion I instigated about the drummer getting a drum solo)


"The meaning of the song is left intentionally vague...Much of the song's success unquestionably stems from this internal ambiguity as it manages to be many things as one. Few songs pack quite as much emotional complexity into just a few verses."
Amazon.com review


And here a moving blog post about the "cold and broken hallelujah" Jesus gave on the cross.

For myself, I am moved as much, if not more, by the transcendant quality of the composition of the melody and the poetry of the lyric as by any inherent meaning from the songwriter. It is this idea of a song, a piece of artwork, that moves beyond any rationale and human intention and digs roots down into a soul -- that gives words to our unspeakable longings and laments. I also can not move past the unspeakable grace behind the truth of the lyric, "And even though it all went wrong/I stand before the Lord of song/With nothing on my lips but hallelujah."
If I had a personal audience with artists, songwriters et al, who are also followers of Christ, I would plead with them to heed Cohen's definition of a good song:


"I think a good song has windows and doors that you can penetrate if you want to, but the song itself has to move swiftly from heart to heart."


I, for one, am deeply grateful for the fresh breezes of Goodness, Truth and Beauty that have blown through this song, past the wounds and brokenness of human artists, and have connected me to my Creator once again. Thanks for walking the journey with me. I hope my ramblings have enlightened our blind gropings just a little bit.