from the journey of a blind woman: a discussion on Hallelujah (part 3) 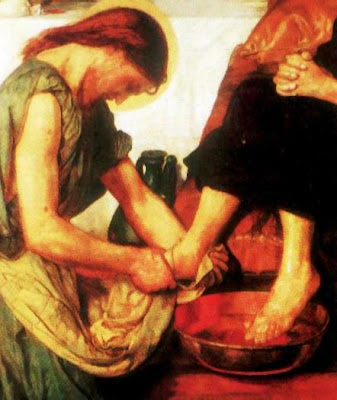 "IN MY MIND THE NEW ALBUM IS ABOUT THE KINGDOM OF GOD, HOW IT REALLY DOES EXIST, AND IS AS REAL AS YOUR CAR OR YOUR KRISPY KREME DONUT, YOUR FAMILY, YOUR PROBLEMS. IF WE CAN FIGURE IT OUT, GOD HAS INVITED US TO LIVE in His kingdom in the midst of our regular existence. It is not a place of isolation and perfection, it is not far away where we cannot reach it. It happens at all the places where we intersect with each other..." (SARA GROVES)

Question #2 restated, is it possible to mix the sacred and the secular, the pure and the profane, without one diminishing the other?

This question came from the excellent comments regarding the original lyrics of the song by Leonard Cohen and its various rewrites by other performers. But the importance of this question is crucial beyond this tiny discussion of one song and one song-writer. One of the very interesting issues regarding Cohen's lyrics is that he includes both biblical and sexual references, but the two are not separated. They are, in fact, inseperable -- David and Bathsheba, Samson and Delilah and all that.

We must guard against the deception that our lives are compartmentalized into these categories of sacred and secular. This concept does not exist in the Bible (see: David and Bathsheba, Samson and Delilah, and pretty much the rest of the entire biblical narrative). It does exist in reference to some of the heretical teaching of groups like the Gnostics who taught a dualism that the physical realm was evil and the spiritual realm was good; therefore, the man Jesus who lived the crude life of a carpenter and suffered the cruel death on a cross could not be the Christ who was the transcendant Savior.


In the letter to the Colossians, Paul shut down the heresy, "We look at this Son and see the God who cannot be seen. We look at this Son and see God's original purpose in everything created. For everything, absolutely everything, above and below, visible and invisible, rank after rank after rank of angels—everything got started in him and finds its purpose in him. He was there before any of it came into existence and holds it all together right up to this moment. And when it comes to the church, he organizes and holds it together, like a head does a body." (Colossians 1:15-18)


Dallas Willard addresses the mindset this way, "There truly is no division between sacred and secular except what we have created. And that is why the division of the legitimate roles and functions of human life into the sacred and secular does incalculable damage to our individual lives and the cause of Christ. "In other words, it is not the act itself that is defined as sacred or secular, pure or profane, but our own sinful stupidity that muddies the waters. In the next post, we'll talk more about the artist's intentions behind the lyrics, and there is some analysis to be done on his interpretations of these gifts of love and sex and relationship and art that have been created by and gifted by our good Father.


But I believe, before we can even have an intelligent conversation about the artist's intentions, we need to be crystal clear about our own. For myself, I find a reflex of fear kick in whenever a piece of art even puts its toes into the waters of life outside of the pre-approved Christian feelings, thoughts and behavior . So in this line of thinking, references to, say lust, are taboo while references to Krispy Kreme donuts or Foghorn Leghorn cartoons are perfectly acceptable. I am not willing to live and think and feel this way any longer. I do not want to cooperate with the "incalcuable damage" this mentality does to my own life and the "cause of Christ."


If we become students of the Truth found in God's Word as well as the work of His Spirit being worked out all around us in our Christ-community, it is obvious that God does not categorize between sacred and secular. Together and alone, we experience the delights and agonies of living as spiritual beings in a physical world. We cry together over the death of a friend, we laugh at Steve Carrell, we eat pumpkin cake with cream-cheese frosting, we wrestle with the temptation to violate each other, we sing without tiring yet another Lincoln Brewster worship song.


Let's listen to L'Engle again, "To be truly Christian means to see Christ everywhere, to know him as all in all. I don't mean to water down my Christianity into a vague kind of universalism, with Buddha and Mohammed all being more or less equal to Jesus - not at all! But neither do I want to tell God (or my friends) where he can and cannot be seen. We human beings far too often tend to codify God, to feel that we know where he is and where he is not, and this arrogance leads to such things as the Spanish Inquisition and the Salem witch burnings and has the result of further fragmenting an already broken Christendom." (Walking on Water, p. 35)


While I would not compare much of the legalism I witnessed in my upbringing to the Spanish Inquisition, I do have a collection of stories that smacked somewhat of persecution. Early on, under the influence of my pious grandmother, battles were waged against pants on women and playing cards...these were debateable, but were extremely suspect. However, there was no debate regarding movie theatres and alcoholic beverages; these were completely illegal. In high school with the advent of contemporary Christian music, our parents had to make tough decisions about new dilemmas such as rock music at the roller rink and drums in church music. (one of my friend's parents settled the decision by allowing her to listen to Amy Grant any day of the week BUT Sundays).


These examples of separating sacred and secular may seem ridiculous, but I am not that old and the discussions were real in my lifetime. This serves as proof that it is not the specific holiness-earning regulations being debated but the mentality behind the debate that creates all the problems. When we view God in categories instead of as a Person with whom we are invited into relationship, then we will continue these dumb-ass conversations ad nauseum. (speaking of which, consider how OK God was with entrusting his own sacred words to Balaam's dumb ass in the Old Testament story!)


When it comes to art, wouldn't it be exciting if the church would begin to consider more important how a subject was being treated instead of what subject was being treated? If God thought the same way about us as we think about art, we would all be living in ivy-covered Kinkade houses, eating Testamints, listening to Christian radio, watching Gospel TV, borrowing money from Christian debt services, reading Chicken Soup for the Soul, networking on GodTube and plastering yet one more Christian slogan on our car bumper. We'd never have to experience sorrow, never have to ask forgiveness from sin and never have to interact with anything that might give us sin "cooties" (to borrow a term from Pastor Craig).


What if, instead, we began to critique art based on the Truth, Goodness and Beauty it reflects. And, by this mean, I mean more than the rosy light of a Kinkade painting. You have seen, as well as I, photographs of horrific tragedies that demonstrate a respect for beauty. You have watched documentaries covering topics of evil that demonstrate a commitment to investigating truth -- even truth that is hard to swallow. You have read novels, listened to lyrics, rented movies, that celebrate even the smallest acts of goodness which bring redemption to cruel circumstances. After all, the story of the Incarnation (which we are about to celebrate in full-out frenzy!) demonstrates once and for all God's commitment to breaking all barriers between sacred and secular when he sent His very own self through the muck of embryonic fluid into a setting of cobwebby cow stalls and sheep dung. No ivy-covered walls here. No scented candles with a Bible verse plastered on them to cover the stench of the barn. No contemporary Christian muzak to make the envirnoment more spiritual. Nope. No such thing for our Savior.


We've got to rip out of this bubble, friends. It's killing us -- turning us into illiterate, dumbed-down, plastic-wrapped people.


I loved .love's comment, "I honestly worry more about music that is labeled 'worship' but lacks effort and creativity."

She's in good company. Here's what Dr. Hans Rookmaaker had to say, "In a way there is no specifically Christian art. One can distinguish only good and bad art, art which is sound and good from art which is false...A work of art is not good when we know that the artist was a Christian: it is good when we perceive it to be good. Nor is a work bad if we know that the artist was a hater of God." (Modern Art and the Death of a Culture)Imagine if Christ-followers who create art placed more importance on the godly traits of discipline, creativity and imagination than they did on the latest consumer demands from the Christian-bubble subculture. Imagine that! I imagine it would look a lot like the kingdom here on earth.


I officially clamber down from my soapbox, clear my throat and whisper, "Thanks for listening. What do you think?"