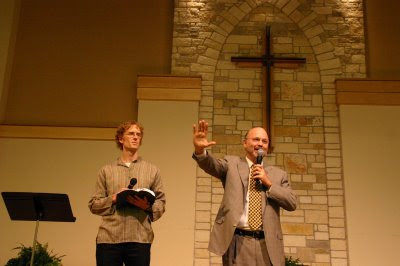 The Question:
What are the dangers of artistic activity?

How can the arts undermine the calling and mission of the Church? What are the possible excesses and misuses of the arts in a church setting; in the worship, in the discipleship, in evangelism and service?

The Goal:
Our desire is to help pastors anticipate potential dangers in their use of the arts. What works at the playhouse may not be suitable for the sanctuary. The experience of art can become a substitute for an experience of God. The stirring of emotions may simply be that: emotions, not a stirring towards transformation. There can be too much wow factor, or technological whiz-bang, or spectatorship instead of participation in the worship of God.
More art is not necessarily better. What is old can be deadening. What is new can be inappropriate and disruptive. What brings life to one congregation may bring death to another. All of this compels us to seek wisdom from above so that we may be as shrewd as serpants and innocent as doves in our shepherding of the artists among us.


The Speaker:
pastor, playwright, teacher; blogs at Diary of an Arts Pastor

I have the task of talking about the dangers of artistic activities in the church. My asking this question is like asking what are the dangers of an automobile when I have just constructed a wheel. Most of the past twelve years have been spent in search for a positive role for art in the context of the church. When Augustine says instrumental music is for weak souls and Calvin pronounces that even if the image used contains nothing evil it still has no value for teaching. Welshman, R.S. Thomas calls protestantism “that adroit castrator of art” why stop to talk about the dangers?


It seems to me that there is so much positive, constructive work to be done here for us. Nevertheless, naming the dangers is part of our maturing. It's what it means for us to grow up. We have no business remaining naive or impulsively enthusiastic as if all that were needed was merely more art. Besides I have made plenty of mistakes of my own in the 12 years as a pastor to artists and it's time for me to share a few of them.


In the interest of putting childish ways behind us as much as possible, let me map out the landscape of dangers that we will encounter when we increase the amount, the intensity and the diversity of artistic activity in the context of the church When I speak of the church here, I mean the local, gathered body. Now the landscape I will draw has the following topographical features: it has one personal anecdote, it has two big ideas, it has six specific dangers and it has three qualities of healthy, artistic growth.


A personal anecdote:
In the fall of 2002 I wrote and produced a play that was staged at Hope Chapel. It was called Sarah's Children and my decision to stage the first three scenes on Sunday morning during corporate worship was stupid and very embarrassing.
The backdrop is this. As a pastor and as an artist, I had a question I wanted to work out in the context of Sunday morning,


Could a 45 minute work of theatre perform the work of a sermon? Could the native language of theatre affect a transformational encounter with the Word of God in a way parallel to the preaching of a sermon or the administering of the Eucharist?


Sarah's Children was concieved as an Italian family drama. A two-act play set in the time of the patriarchs. Six years later, my conclusion is this: I got art wrong and I got church wrong. I foolishly rushed the script, put to stage something that was not ready to be seen. I immaturely decided to perform only three scenes on Sunday morning. The play ended abruptly on a very depressing note about the sexual tension between Abraham, Sarah and Hagar. [Tami's note: you had to be at the symposium to hear the empathetic laughter at this last statement!]
My conclusion was this:


what I had created and decided to do did not serve the purposes for which the people had gathered on Sunday morning. There are experiments worth doing and this was not one of them. You would do right to pity the leadership of Hope Chapel.

The Big Idea is this: (and here I take the risk of dabbling in just a little bit of philosophy).
Let me offer a model that has helped me make sense of what is a danger and what just looks like a danger when it comes to artistic activity in the context of the church. The model is this: There are super-ordinate Truths and there are sub-ordinate truths.

Super-ordinate Truths include essential things we believe about God as Father, Son and Holy Spirit. Things we believe about what it means to be human. About what it means to be the Church, and, yes, what we believe about art. I call them this because they are truths that fundamentally hold the universe together and make human well-being possible.
Sub-ordinate truths just look like real dangers, but, in fact, are cultural skins in which we live out the big-T Truths. Too often, as Christians, we confuse one for another and that's where a lot of our headaches about artistic activity in the church actually derive.
Let me illustrate: God made 12 tribes Israel. They were all sons of Abraham and they were all commanded to obey the Law of Moses. That's what they had in common. But they were very different siblings, creatures, cultures. And God quite liked it that way.
Now God made not just human nature, but physical nature to express itself in many ways. He made mountains, plains, tundras, tropics, arctics, savannahs, and marine biospheres all made from the same stuff of the earth, but very different in their ecological personalities. but, for today, let me stick with the desert and the jungle. Let us call them - the desert, the Jets and the jungle, Sharks. For those of you who do not know who the Jets and the Sharks are -- they are the Westside Story.


Now the Jets dance in a certain way -- they high-kick and pirouette onto the sidewalk. They twirl and hop with the basketball. They drink sodas and say things like, "Let's go, Daddy-O" and "crackerjack". Now the Sharks, they glide and they strut. Their movements are suave. Their gestures flair like flamenco. They snap their hips, sassy with salsa. They say things like, "Ay, Caromba" and "Vamos, muchachos".


Now the Jets and the Sharks -- the white American and the brown Puerto Rican, the desert tribe and the jungle tribe -- [represent] two very different church cultures. They don't get each other very often. You see, the desert tribe likes to sing Gregorian chants and serene hymns. The jungle tribe cranks out complicated polyphonic chorales. The shakers and the praise dancers make their moves over and against the quiet, self-composed steps of the monks. The gregarious Brazilian pentecostals act out their effusive Easter dramas under the windows of the scholarly, minimalist German Lutherans.


They say to each other things like,
“Your movie has profanity.”
“Your movie has fake characters.”
"Your physical movements are distracting to true worship of God."
"Your movements deny the Incarnation."
"Your visual art is embarrassingly exessive."
"Yours is monumentally simplistic."


And the shouting rings down through the generations.


My point is this: the Jets and the Sharks, the desert tribe and the jungle tribe, often times it looks like what is being done is dangerous. And sometimes, you know, it is. When they get the super-ordinate Truths wrong. The Truths about who God is. About what it means to be a human. About the Church. About art.


But, perhaps there are times when it looks and feels dangerous, but all that's really happening is your culture is clashing against the other culture while you both faithfully embody and enact the gospel act. So my brief, pastoral exhortation before I go on to the main substance of this talk is this, ,blockquote>May we exercise caution when we watch another church’s artistic experiences and experiments and say, “Surely your art does not genuinely lead to a true knowledge of God. “ because maybe what is really going on is a cultural tension.


[Note: the remaining points from David Taylor's talk as well as his encouraging conclusion will be available in the book that he is editing and having published by Baker Books.]
My Thoughts:
What can I say? If you attend Union Center with me, you were able to hear David Taylor speak this past Sunday. His talk is posted here.


There are deep currents of truth lying under each of these points. I appreciate Taylor's ability to craft a talk that is thorough enough to influence a major point -- in this case the dangers of art in the context of church -- while at the same time draw a listener (or reader) into the supporting points; to investigate the intriguing layers supporting each of his major points.


For example, I take to heart David's exhortation to handle this large and beautiful gift of art with full dependence on the character of God. To understand that, unless God's character is being formed in me during this pursuit, I am likely to walk into one or more dangerous traps. By naming the traps, Taylor has given me a heads-up. And, now that I know, I am accountable. This is a kindness offered by a Christian brother. 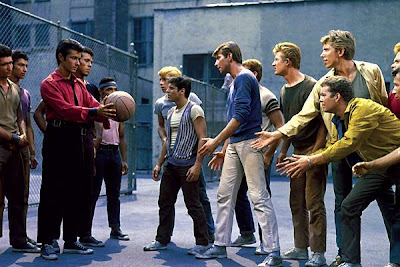