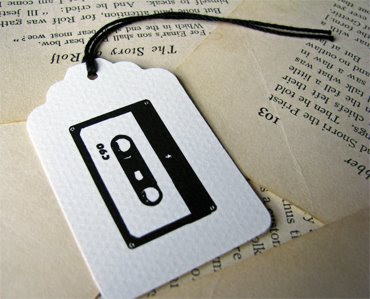 Finding Tamara update:
As of this week, TEN AND A HALF POUNDS AND FIVE AND A HALF INCHES have disappeared from my body! I am so grateful. And amazed. And grateful. (and amazed)
Links:

Books: The Year of Living Biblically: One Man's Humble Quest to Follow the Bible as Literally as Possible by A.J. Jacobs

The Year of Living Biblically is about my quest to live the ultimate biblical life. To follow every single rule in the Bible – as literally as possible.
I obey the famous ones:
The Ten Commandments
Love thy neighbor
Be fruitful and multiply

But also, the hundreds of oft-ignored ones.
Do not wear clothes of mixed fibers.
Do not shave your beard
Stone adulterers

Why? Well, I grew up in a very secular home (I’m officially Jewish but I’m Jewish in the same way the Olive Garden is an Italian restaurant). I’d always assumed religion would just wither away and we’d live in a neo-Enlightenment world. I was, of course, spectacularly wrong. So was I missing something essential to being a human? Or was half the world deluded? (A. J. Jacobs)

I had a lot of fun reading this book. It's been a while since I became engrossed enough in a book that I stayed up too late reading. For one, I have an affinity for people who take these kind of crazy risks. And for people who love to make crazy lists. I share the author's admiration for the biblical prophets like Ezekiel and Hosea.


As I enter my third month, Ezekiel and his fellow prophets have become my heroes. They were fearless. They literalized metaphors. They turned their lives into protest pieces. They proved that, in the name of truth, sometimes you can't be afraid to take a left turn from polite society and look absurd. (p. 89)

But, most importantly, Jacobs is simply fun to read.

I remembered this book from a review I read in Relevent magazine. I remembered the book because I had the thought: Ahhh! If I ever try to write a book I want to follow this guy's system. Dive into a theme for a year and write the experience. I do have a dream of doing this some day. My current idea would be to spend a year absorbed in the experience of an autodidactic classical education -- you know Plato, Thomas Paine, Mein Kampf and the rest -- and write about the experience. Sort of a classical education for dummies book. Sounds great, right? I think so, too.

But it didn't take me long to care more deeply about Jacobs' quest than his writing method. I squirmed at his charmingly sincere attempt to obey the rule of Leviticus 15:19 without totally ticking off his wife. Or to dance like David in 2 Samuel 6:14 by joining a whirling dirvish of a party with a mess of Hasidic men in Crown Heights, Brooklyn.

I rooted for him as he tried to apply Proverbs 22:6 to the way he disciplined his toddler son. And to the way he saw the beauty of the be fruitful and multiply command in the midst of the battle with infertility he and his wife were fighting. (By the end of the book they celebrate the birth of twin sons -- an event that allows him to uniquely ruminate on the famous twins in the OT.)

I admired him for taking Proverbs 11:6 seriously which was extra-difficult considering he is a man living in a raunchy-billboard-infested city and who is a columnist for Esquire.

But mostly, I ached for him to find the deepest meaning of the incarnational Jesus. Jacobs did his homework more than any person I've ever heard. He didn't just read material from different religious sectors, he actually shows up to aetheist study groups, handles snakes in an Appalachian Church of God, flies to Jerusalem to meet his crazy religious fanatic uncle (who incidentally led a small cult up the road from my house in Ithaca, NY during the sixties) and talks to shepherds in the Negev Desert. He slips incognito into the brand-new complex that houses Thomas Roads Baptist Church only a few months before Reverend Jerry Falwell dies and almost caves to the "disorienting friendliness" of the good old Southern Baptists he meets. (having heard my share of Rev. Falwell's sermons during my college stint at L.U., I think Jacobs description of listening to Falwell preach is absolutely spot-on. Oh the memories...)

Anyway, as I was saying. Jacobs makes no secret of his spiritual quest. That he wants to know the truth and if the truth is that there is a God who wants to have a personal relationship with him he wants in. Watching his discpline of praying to this God is heart-warming at the very least, and convicting at the most. Sadly, by the end of the book -- as he calls it, his year of living Project Bible -- he just can't quite get there. This made me sad. It made me little bit angry, too. I feel like after all his willingness to risk during this project (he walked around the streets of NY with a white robe after all!) he chooses a sort of intellectual awareness of all things Bible and religion that he can choose or not choose, much like the facial hair he grew during the year and lopped off with a razor when the year was over. Ultimately, faith in a saving Messiah was one risk too many for Jacobs. I pray that this true God the author pursued for a book project does not let go of him just because the project's gone to print.

The sermon takes place in an enormous room with comfy, Loews Cineplex-style seats; three swiveling TV cameras; and two huge screens that display the hymn lyrics karaoke-style over photos of seagulls and purple orchids.
On the side are two "Cry Rooms." When I saw the words Cry Room on the church map, I thought it was for parishioners who becamse too wildly emotional...
Falwell himself walks onto the stage. There he is: He's got that familiar silver hair with the tidy part. He's packing a few more pounds than he used to. As the three-hundred-person choir sings a hymn, Falwell leans way back on his heels, his hands clasped together in front of him, smiling beatifically.
Falwell starts with some announcements of his own -- that the cafe is open from eight in the morning to eleven at night, that Rick Stanley, the stepbrother of Elvis Presley is visiting today. And then Falwell puts his hand on the pulpit and begins his sermon proper. And here's the thing about the sermon. It is kind of...bland. There was no fire, no brimstone, no homophobic remarks, no warnings of the imminent Apocalypse. (pp. 261, 2)