Silence - part one [disciplines for the inner life] 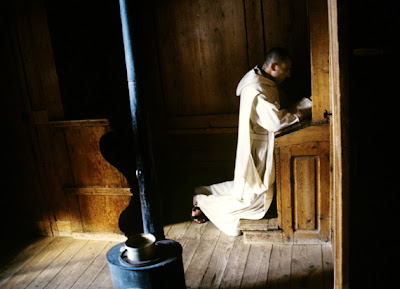 But the Lord is in His holy temple. Let all the earth be silent before Him. --Habakkuk 2:20
What is it that you think of this when you think of this word? Silence. I'll bet you already had a thought flicker through your brain when you saw the title to this post. Silence.
Silence.
The three words I think when I hear the word are mysterious, monastic and impossible. During this week's theme I realized I actually have several layers of understanding and preconception on the meaning of silence. (I can't get the Simon & Garfunkle tune out of my head now, This is the soouuunnd of silence.)
Following are three layers unearthed during my meditation and study. I've framed them in context of three movies bearing the word Silence in the title. I did this because I thought it would be fun. Plus it allowed me to procrastinate for two weeks on this post while searching Google image for cool movie posters.
1. Silence, the fear of: 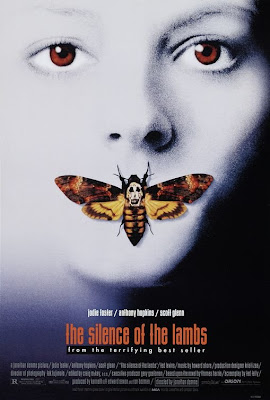 Shiver, shiver, shiver. I didn't have to watch this movie in order to get goose bumps every time I see the poster. The Academy Award winning film (times five!) features two of my favorite actors, Jodie Foster and Anthony Hopkins, but I am a scary-movie chicken. The word Silence in the title insinuates the film's theme of death and depravity. The title, in its entirety, is the summary of traumatic childhood secrets.

One of the first days I meditated on this discipline a rush of child-like trust came over me and I penned this prayer:

Brood over me, Father Spirit.
Brood over micro-me with Your
macro-Self. Deep call to my
deep. Stir, Spirit of the living
God - the true Father of Jesus,
Spirit of the Creator.
Mother me.
[please]

Before I could move to my next thought -- like three seconds later -- that goose-bumpy feeling showed up, uninvited and cruel. What did you just do? What kind of prayer is that? Does such an open-ended invitation to a Spirit invite darkness rather than Light?

The truth is that there have been dark, silent spaces in my memory and invisible walls in my soul that have been marked up by wounds, lies, violations, and sin. If those markings could speak up, they would tell heartbreaking stories. But I think the trumped-up alliance between the act of silence and the invitation of horror occurs precisely because I don't exercise the discipline on any regular occasion.

In other words, if the only time I submit to silence is when I cave into old memory then I have no other understanding of silence. It is a misrepresentation of the gift of quiet confidence and comfort that can be found there.

In an upcoming post I'll share some thoughts about the discipline of confession that I'm currently studying. (Remember the two weeks procrastinating at Google image? Yeah, my blog post queue is stacking up.) Confession plays the super-hero to the villainous disguise of silence. More on that later....

For inner silence depends on a continual seeking, a continual crying in the night, a repeated bending over the abyss. If we cling to a silence we think we have found forever, we stop seeking God and the silence goes dead within us. For He is found when He is sought and when He is no longer sought He escapes us. He is heard only when we hope to hear Him, and if, thinking our hope to be fulfilled we cease to listen, He ceases to speak, His silence ceases to be valid and becomes dead, even though we recharge it with the echo of our own emotional noise.
--From Thoughts in Solitude by Thomas Merton

There is substantial truth to this veiled abyss in each of us. We add to the invisible veil with busyness, emotional noise, episodic television, and in my case, french fries. To tear the veil in two and peer over the edge of the abyss, we must enter and rest in silence. Yes, we stand there, toes hanging over the edge, afraid. But the trouble is in the abyss and not in the act of looking there. And silent does not equal alone. He is in the silence and He is in the abyss and He split the veil that separates us from God.

Later in that same day of meditation, I realized my own complicity in the goose-bumpy clamminess. The part of me that allowed representatives of evil to think they had found a cooperative is this:

...in relation to my own fears in prayer this morning -- that silence and quiet connection with the Spirit somehow leaves me vulnerable to danger and demonic influence. As if my safety and spiritual connection to God is dependent solely on my ability to think and speak right doctrine. That it is my thinking and speaking rightly that brings on the Presence of God. Hmmm...

Teach me Your wisdom, Spirit.