It took me three weeks to share my version of our Anglican confirmation.  I'm hoping to get Kendra and Brian to share their parts of the story in upcoming posts.  For now, may I tell you how much I love this photo of my daughter? 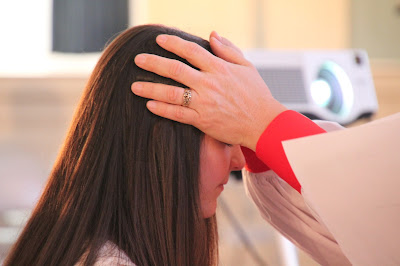 Also, I'm pretty fond of this one.  Oh the stories this photograph tells. 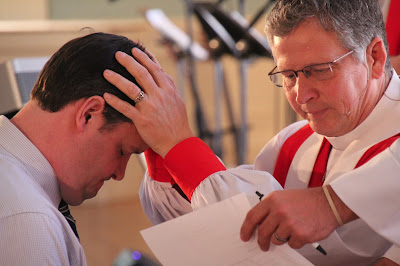 The Wall Project at SXSW

It's the biggest event of the year in Austin. SXSW starts tonight.  I'm sort of sad to realize that lots of people who actually live in Austin don't really care for the festival.  Too much traffic, tens of thousands of people taking over the downtown area.  To top it all off it's raining.  It rains like five days a year in this city and today's one of them.  (also, did you know that the top ticket amount to get into everything at this festival is $1,595?!?!?)

My kids have jumped right into the concert/festival scene since we moved.  I'm a slow starter.  It took me about 9 months just to figure out how to get home from the grocery store so I'm guessing it'll be a few years before I'm up for milling through the crowds for live shows.  In the meantime, I'm excited to participate in a couple of festival-related events this week.

Christ Church's  ardent arts leader, Terri Fisher, along with a team of collaborators from various churches ideated "an art installation during SXSW called The Wall Project: Touch the Word. This is a multi-media event that will incorporate varied forms of art; visual, performance, and inter-active. There will be an 8' x 12' wall where local artist, Jim Janknegt, has sketched out a modern cityscape that looks like it could be Austin's own 6th Street. In it, Jesus is seen moving through the crowds in acts of touching and healing."

So I'm participating.  Looking forward to sharing sights and sounds and senses next week!

(If you’re participating in the Festival, look for us at the Wall March 13-16, in the parking lot next to Haddington’s on 6th Street at Nueces.)

Also, we're hoping to attend this event Tuesday night.  If you live locally, check out the facebook page for the event here.

FIRST THINGS FIRST, though.  Before all the SXSW hoopla (which as I've already mentioned is more the -la without the hoop- for us) IT'S BIRTHDAY WEEKEND IN THIS HOUSE!

Tomorrow is my turn.
Sunday is for sweet Kendra Jenee.

I might have complained a teensy bit last week that I was dreading my birthday.  Mostly I was feeling cranky last week.  This week got better.  And tonight my husband pulled off a great birthday surprise, unveiling his secretly-laid plan to take me on a road trip for my gift.

Not just an aimless road trip either.  This is the first year out of the last four that I wasn't able to attend Ministers to Artists Retreat at Laity Lodge.  It just wasn't the right year for it.  But, gosh, it's killing me to not be there.

Also, Brian's never been.  So he pulled a few strings and after a week of a far-and-beyond work, ministry and seminary schedule, he's going to drive me three early morning hours into the Texas hill country and three late night hours back out again so we can spend a day at rest with artists and ministers.

He totally pulled it off.  Happy Birthday to me.

Really, though, the moment I decided I wasn't going to dread my birthday began right when I realized the woman who cut and colored my hair this week knew what she was doing.  Seriously, there are few better feelings in the world than a good hair cut, yes? 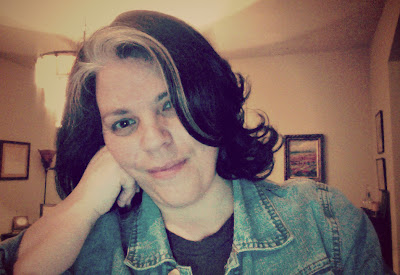 By the way, if you live in the Austin area, I totally recommend the Aveda Institute for a salon-ish experience at ridiculously low prices.  Yes, it takes a bit longer because the sylists are students and have to have their work double-checked by instructors, but, honestly I sort of like someone double-checking when their taking scissors and permanent-coloring chemicals to my head.

In a few weeks I'm attempting my first-ever full-out Easter dinner for my family.  What do you all usually make for Easter dinner?  I'm guessing ham, right?  What else?

Have you seen this?  Marvelous.

Royal Wood "The Glory" from Adam Makarenko on Vimeo.

You can watch the making of the video here.

A beauty and grace-filled weekend for us all, dear ones.