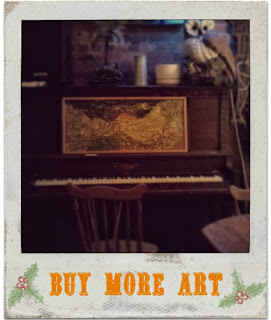 Oh, hello there, Buy More Art blog series.  It's been a while.  But this is the perfect time to bring back some of the artists I know and love creating work worth your time, attention, enjoyment and dollars.  Today, I introduce you to my friend Paul D. Smith who mixed a writing hobby + a love for childhood stories featuring dragons + encouragement and support and critique from his community + a great Kickstarter campaign + a dogged discipline and dash of courage together to equal an adventurous, imaginative novel, Jason and the Draconauts. 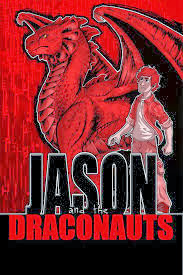 I'm lucky enough to be one of Paul's friends and to get to hear and read some of the chapters as they were being written.  I checked in on his blog for each new chapter, anxiously waiting not only for the next plot twist but also to see if Paul's eight-year-old book critic (his son Zachary) would give his two thumbs up!I'm really proud of Paul and his work.  I recommend Jason and the Draconauts wholeheartedly to you for your own bookshelf and for the homes of any of your story-loving, imagination-loving -- and, yes -- dragon-loving friends.

Paul and I got together on Google Hangout to talk about his process from blog chapters to published book.  It's a fun conversation -- don't miss the excerpt he read for me at the end of our conversation.

- Click play to hear our conversation.
Do me a favor and fast forward to 3 seconds in, will you?  Unless you'd like to hear my impression of a stuttering fan girl! -


Jason and the Draconauts on Amazon (paperback and Kindle)

Fifteen-year-old Jason Hewes is a fairly ordinary kid, with fairly ordinary problems. He’s more interested in dinosaurs and fantasy role-playing games than sports, making him a target for local bullies, and his dating successes are best described as sporadic. He’s just another kid struggling to get through life in a small rural town in Montana. Nothing exciting or exceptional ever happens to him. The impact of something heavy crashing into the ground of the Hewes’ family farmhouse shakes the house and Jason’s life. Whatever hits the ground scurries into the barn, followed by a frightened but curious Jason. Jason has just discovered a creature out of legend; a beast which all logic tells him should not—could not—exist. Some kids might run. Others might scream or faint. Instead, Jason befriends the ancient creature, and in doing so learns an entire mythic species is emerging from a centuries-long slumber. Jason isn’t the only one to notice large, leathery-winged beasts taking to the skies of modern Montana. A powerful and long-forgotten evil is watching his newly-revived enemies closely. He’ll do anything to destroy his bitter foes and their new-found allies—allies that now include Jason Hewes. Paul Smith’s debut novel, Jason and the Draconauts is a witty, funny adventure story where an ordinary teen finds himself in an extraordinary situation, and in doing so, finds himself capable of performing the impossible. 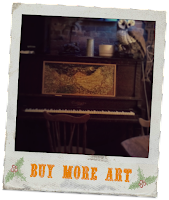 What art are you buying this Christmas?

This post is meant to be shared; love your neighbor artist and pass it on!