In this season that I do not have time to write, this is the idea God gave me:  Ponder and notice again the words I've already written once, keep praying the beads of memory to discover this sacramental life.  This Holy Week I'm sharing again the beautiful mourning stories six of my friends generously shared with us last year.

An introduction to Holy Week Lament:

Jesus gave us a litany of last words as a Sufferer; we refer to them as the Seven Last Words of Christ.  The deathbed words of the Suffering Servant will serve as our framework for the stories of lament we share here this Holy Week.

Brian and I know too many people who have suffered from cancer – including today’s storyteller.  From across the country, we’ve watched her embody beauty in suffering.  It’s because of Sharon and other dear people (including two who passed away since I last posted Sharon's story) that we began praying the audacious words:  God would you cure cancer?!?  If Jesus' death and resurrection means anything at all, doesn't it mean He's defeated dreaded disease? What does Sunday Resurrection look like for Friday sufferers?

In the meantime, good people are in pain.  And we will keep praying, keep hoping that the cry of a dying Christ hell-bent on defeating the curse of death means Good can come from this awful Friday:  It is Finished.

We sat in a medical office after learning the cancer had returned. I was weary of being offered only three medically approved options: surgery, radiation and chemotherapy. The doctor expressed hope that there might be something new to offer patients like me in, say, two years, if this second treatment gets me through that long. If? I grieved leaving the calm waters of being “clear” for the past eleven months. The conversation moved to what the progression of illness would look like if treatment proved unsuccessful. I listened, lamenting over the roadmap of a hypothetical hostile takeover by cancer. We were being thrust out of port towards roiling waves. Treatment choices had to be made.

I had mentally processed life with cancer in rolling tempests of grief. Towering whitecaps, each higher than the last, threatened our frail family boat navigating rough waters. We were scrambling to stay lashed to the mast and not be thrown overboard. My husband Tom and our girls had moved with me from one unsettling and all-consuming physical challenge to another. Just as we would get our sea legs, a new wave of surgery or treatment would threaten to capsize the vessel.


Many times I was too sick to notice how close my loved ones came emotionally to being tossed out of the barge. Our teenage daughters grieved from a distance. It was more bearable for them to spend time anywhere but home. I was often recovering from surgery; present but unable to actively participate in their daily activities. God lovingly provided safe havens for each of them. Tom drove me to treatment each morning. He held my hand in the waiting room then watched me walk through the doors for radiation twenty-eight times. Took me home. Went to work. Life had to go on. He felt helpless to change the hard new normal that was our daily routine. The only peace to be found in our humanly hopeless situation, and the only peace that still matters today, was fully trusting God.

I grieved the extension of this wretched journey through cancer. I longed for something different. Healing from disease should be achievable, shouldn’t it? The One who could calm storms and Who defeated sin was my God. Instead of healing, the grueling work of going through treatment had begun. Again.

“Look, I don’t mean to be disrespectful,” I hedged. I wanted none of the medical options being offered. “I’m not afraid of dying. I know where I’m going after this life.”

The doctor surely thought I was just an overwrought patient in denial. He checked his smartphone and looked back at me. I was not going along with a cut and dry visit schedule. I was being a little too blunt about my lack of appreciation for the options. I blubbered on.

“It is the suffering, because of ‘treatment’, that I dread. Not death. By the way – again, no disrespect intended – you doctors don’t go through your own treatment.”

The doctor patiently went on to explain what he thought best for treatment. The course he was charting included radiation and chemo for the second time in two years. There were no words for our grief.

Three months have since passed. Radiation and chemo are, again, complete. More tests lay ahead, but the view from our battered vessel shows a sliver of sunlight breaking through the stormy horizon.

Easter will arrive in a few days. I’m thinking of a far different treatment and earth shattering suffering. What must Christ have been thinking so long ago? Was He dreading the mistreatment He would endure? Did He grieve the details of what was ahead?

I am grateful for Christ’s sacrifice. He was perfect. God’s Son. Sent on a mission He knew would end in disaster from a human perspective. But it was a stroke of genius… and holy sacrificial love… that would redeem us from the disaster of sin. Christ endured undeserved treatment to free us from sin and heal our relationship with God.

“Surely he hath borne our griefs, and carried our sorrows: yet we did esteem him stricken, smitten of God, and afflicted.” Isaiah 53:4 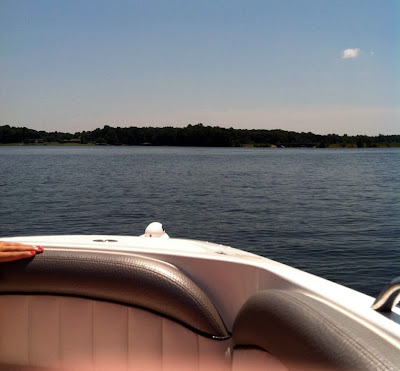 A brief update from Sharon:

While only the Lord knows what the future holds, Sharon is grateful to share that her last two scans (August 2013 and February 2014) revealed “no cancer detected at this time.” She attributes this to the power of prayer, a high commitment to a wellness plan that includes juicing and raw foods, and also to the targeted radiation and chemo pill during her second round of treatment in January 2013. She continues to blog about the cancer journey in hopes of pointing others to the only real “cure” (Christ) for the disease of our souls. Readers interested in the various nutrition and wellness strategies Sharon has found useful on her personal cancer journey are invited to visit the page titled “What I Did that Helped” at www.sustainme.net. 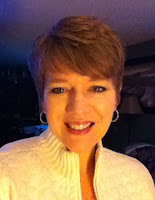 Sharon O’Connor is a cancer “surthriver” who was diagnosed with colon cancer at the age of forty.

Sustain Me: Notes on Cancer captures some of Sharon’s experiences weathering life with cancer. Her hope is that others facing illness will be encouraged to stay focused on the Creator.

Sharon is a graduate of Davis College. She is married to Tom, an athletic director, professional athletic chaplain, and life coach, who makes her laugh and is her best friend. They have two daughters and reside in Binghamton, New York.

What mourning stories have formed your life
and your faith in the mercy-giving Jesus?
Tell us about it in the comments below.
If you've written your own post, share the link.