what I read in September & October

A pleasant, enticing account of one poet's ambitious hiking and poetry reading tour down the entire Pennine Way, also known as England's Backbone.  This book would work well for fans of hiking, England, poetry or travel.  Occasionally a bit too prosaic from a poet but still enjoyable story telling.

Believe it or not I've never read the books.  In the late 1980's I enjoyed the made-for-Canadian-television series starring Megan Follows as the bouyant Anne Shirley, imagined in the early twentieth century stories by L.M.M. Montgomery.  Completely enjoyable comfort reading -- especially in a rather melancholy season.

Also, I loved the cover art. 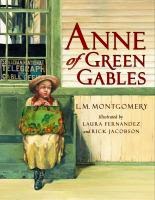 Part 2 diverges from the film version quite a bit.  I found myself slightly disappointed (but please don't tell my Anne-loving kindred spirits!) 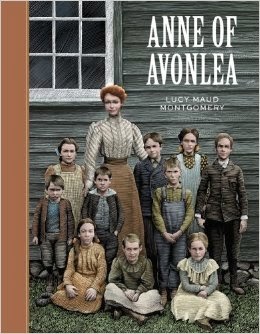 I'm joining a book club at my office.  I've probably  mentioned before that I am like 15 years older than the median age of my coworkers.  Thus, I'm stretching a bit on some of the book selections.  This would be an example of that.  I enjoyed the book until about two-thirds of the way in and, well, I just couldn't keep reading.  My daughter confirmed my decision.

When my co-worker suggested this title by Robert Galbraith (aka, J.K. Rowling), I nearly jumped up and down at the suggestion.  This is a title I can get behind!

After losing his leg to a land mine in Afghanistan, Cormoran Strike is barely scraping by as a private investigator. Strike is down to one client, and creditors are calling. He has also just broken up with his longtime girlfriend and is living in his office.

Then John Bristow walks through his door with an amazing story: His sister, the legendary supermodel Lula Landry, known to her friends as the Cuckoo, famously fell to her death a few months earlier. The police ruled it a suicide, but John refuses to believe that. The case plunges Strike into the world of multimillionaire beauties, rock-star boyfriends, and desperate designers, and it introduces him to every variety of pleasure, enticement, seduction, and delusion known to man.You may think you know detectives, but you've never met one quite like Strike. You may think you know about the wealthy and famous, but you've never seen them under an investigation like this.Introducing Cormoran Strike, this is the acclaimed first crime novel by J.K. Rowling, writing under the pseudonym Robert Galbraith.

*Go to my Book Pile page to see my reading lists from 2014 and previous years.*

What are you reading right now?

*Linking up with Jenna today