{pretty, happy, funny, real} there and back again

| a weekly capturing the contentment in everyday life |

It's taken me so long to share photos from our first trip home in the beginning of June that we've been there and back again!  Honestly, we didn't plan to go to the Northeast twice this summer.  Well, first we didn't plan to, and then we hoped to, and then we told ourselves we shouldn't, and then -- on the very first day of the annual Hill Family Vacation -- I was so sad to not be there (for the first time ever in my life) that Brian and I packed suitcases Sunday night and at 4:30 a.m. Monday morning started driving the 27 hour trip in order to rendezvous with the family in Pennsylvania, two days into the vacation.

There were more reasons in the "Cons" column than the "Pros" when we tried to make this decision like grown-ups.  Among the negatives?  It was too much money to travel cross country twice in one summer, I don't get paid vacation time anymore, and for the first time ever, none of our own kids could join us. So we told ourselves this is how it needs to be sometimes.  And, maybe, it does.  My friend Andrea is moving to Africa at the end of the summer, and probably no matter how homesick she gets she's not going to be able to hop in a car or grab a flight off the continent.  So, maybe it was good that I tried to be willing to give up this annual tradition of together-ness. 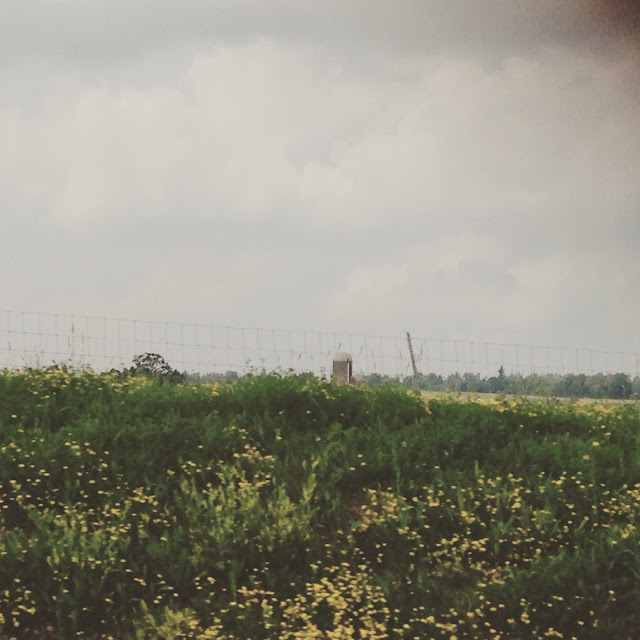 I am (almost) never happier than during a road trip.  I can stare out the windows for hours.  The Northeast in summer is a beautiful sight.  I kept thinking I should take photos of everything, but -- and I mean this literally -- all the views were so idyllic that I realized I could just find stock images to show you a red barn on a green hill with white clouds and a blue sky.  Or foggy mist covering mountain valley with pine trees.   Or Independence Day fireworks over major league ballpark while crossing bridge under full moon.  I mean, really.  It was that pretty. 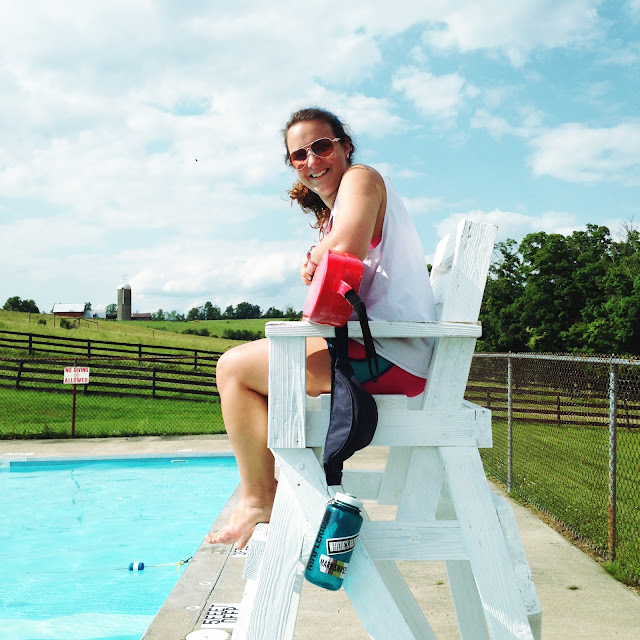 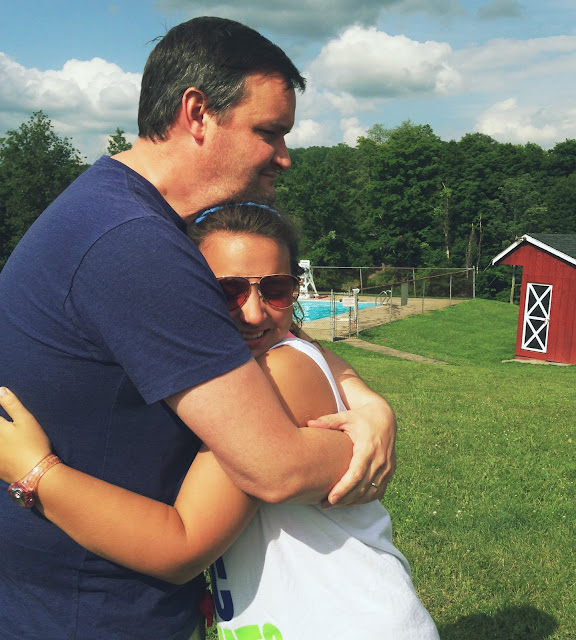 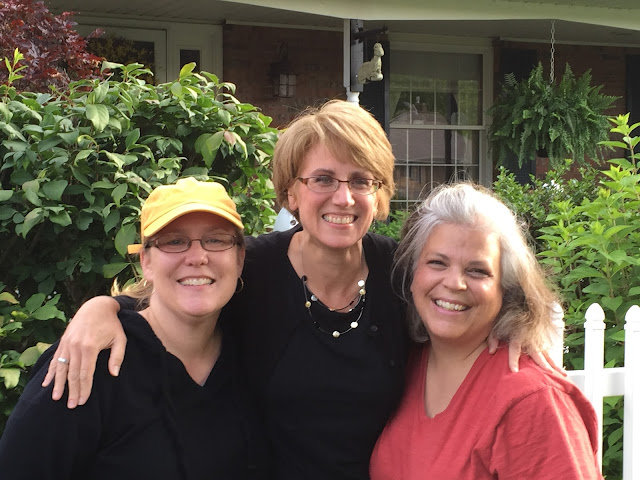 all the big surprises

Since we didn't even know we were going on this trip ourselves until the last minute it was easy to pull off a few fun surprises.  Among them, we managed a quick stop by to see our favorite summer camp lifeguard as well as my dear friend Andrea (whom I will now forever quote as she came running down the driveway toward me  "Shut! UP!")

also, all the little people 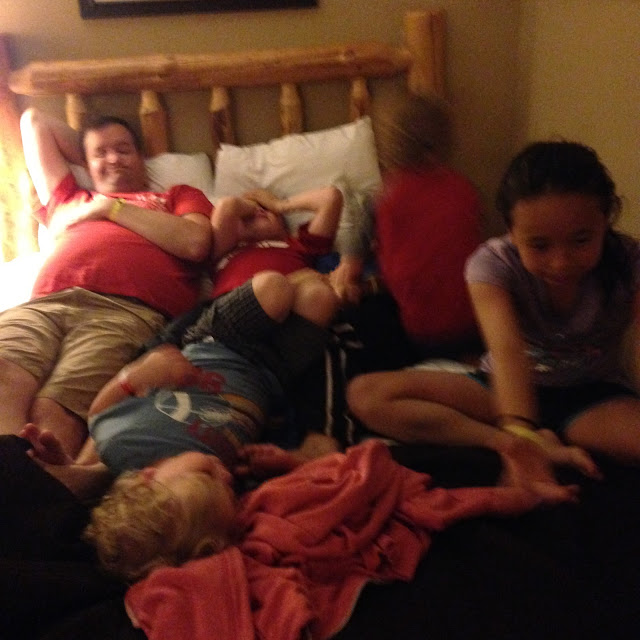 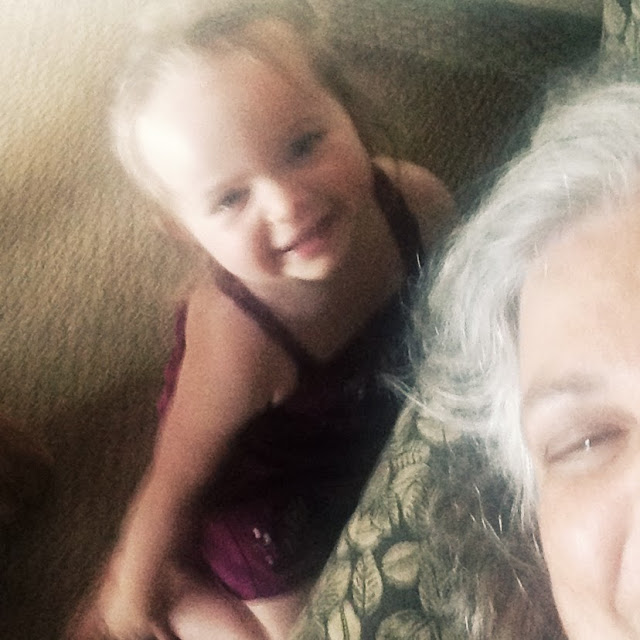 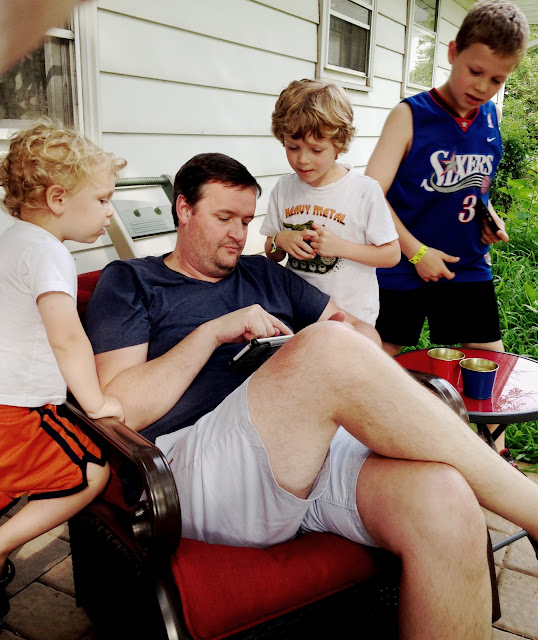 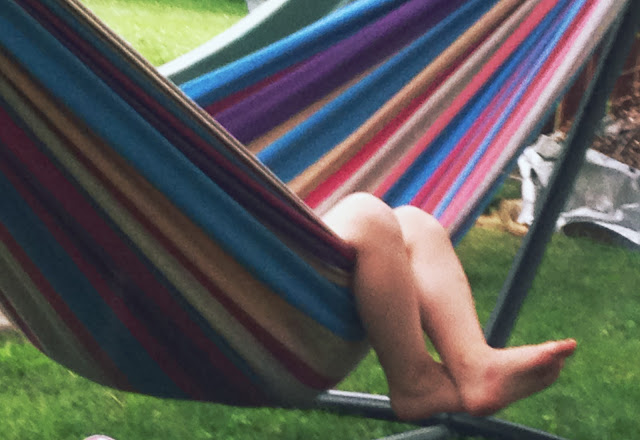 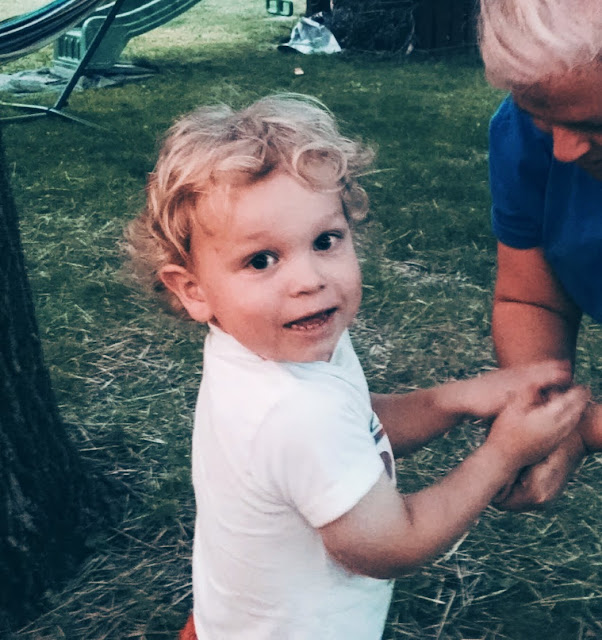 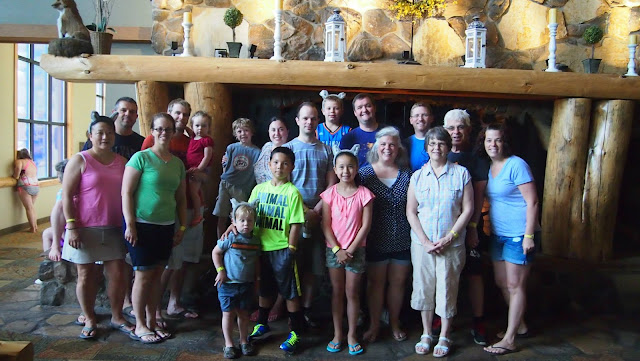 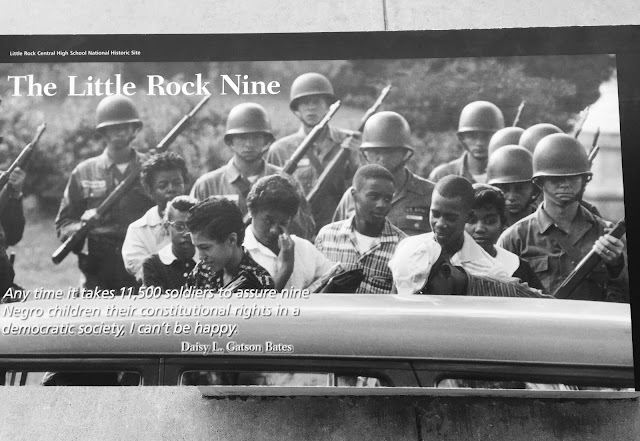 "In a key event of the American Civil Rights Movement, nine black students enrolled at formerly all-white Central High School in Little Rock, Arkansas, in September 1957, testing a landmark 1954 U.S. Supreme Court ruling that declared segregation in public schools unconstitutional. The court had mandated that all public schools in the country be integrated “with all deliberate speed” in its decision related to the groundbreaking case Brown v. Board of Education of Topeka. On September 4, 1957, the first day of classes at Central High, Governor Orval Faubus of Arkansas called in the state National Guard to bar the black students’ entry into the school. Later in the month, President Dwight D. Eisenhower sent in federal troops to escort the “Little Rock Nine” into the school, and they started their first full day of classes on September 25." (source) 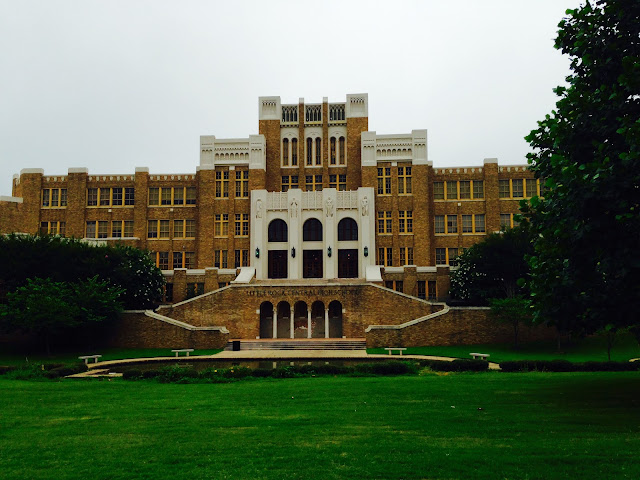 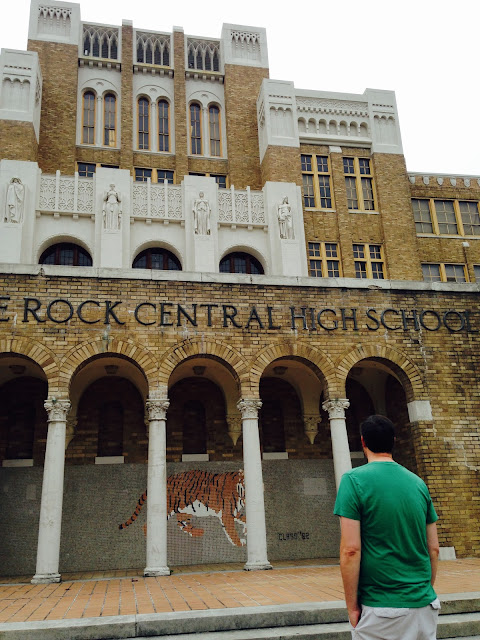 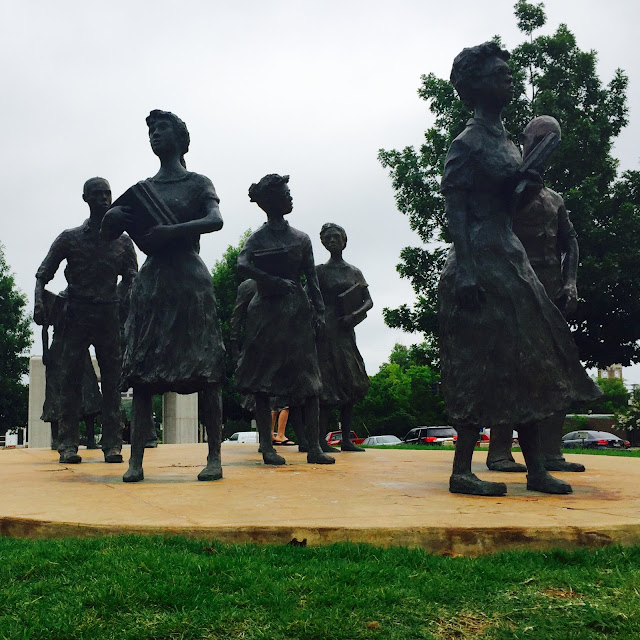 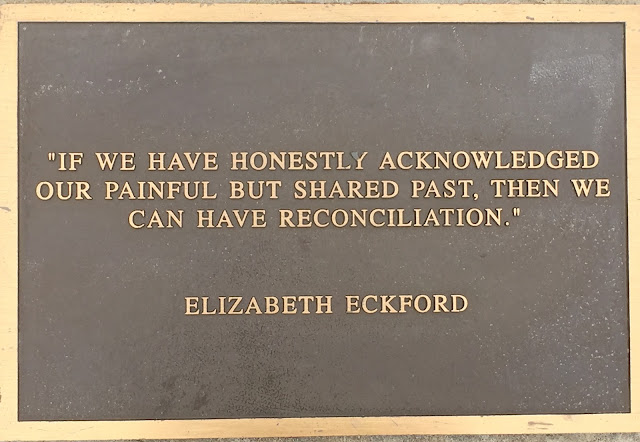 When we make the trip home we try to see something new to us each time.  Normally, we just try to grin and bear our long drive through Arkansas (see my son's first impression of the state when we drove through on our move in 2011).  We decided it was time to get off an exit and see what better views we might find.  We've also always talked about seeing Little Rock Central High School.  The experience was more profound than I'd expected.  Something about walking on the grounds of a still-active high school and imagining my own children around the same age as the courageous nine teenagers who stared hatred in the face in order to attend high school.  My knees quite literally shook.  I was also struck by the juxtaposition of such a beautiful building housing such a grotesque view of humanity.

May a beautiful reconciliation spring up from the ground in every place that so much hatred has been planted.  Even so, come quickly, Lord Jesus. 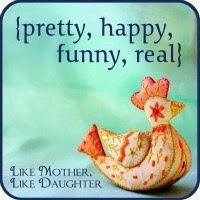 | Join in at P,H,F,R to see other wonderful people practicing contentment. |