I guess I'll pick up where Kendra left off, in Memphis.  In an attempt to complete our twelve hour journey and get to Austin by a reasonable time, we all got up at about five thirty and departed by six thirty. As we left the town where Dr. King was killed, my Mom suggested that we play U2's "Pride (In the Name of Love)," as a way of recognizing where we were. I will pause here to tell you that my mother's goal all throughout our trip was to have the rest of us recognize where we were,  to recognize all the different characterizing beauties of our lovely nation. Music has been her primary means of accomplishing this. 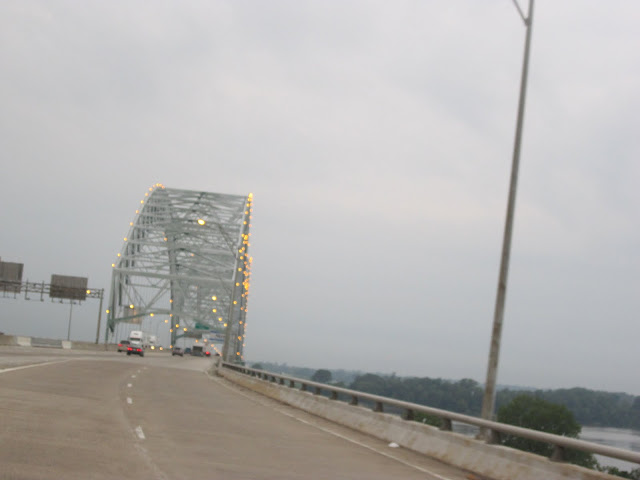 As we left Memphis, I was enjoying its beauty. I thought to myself that it's rare to find a city that looks wonderful even during a cloudy, dreary dawn. I was quite enjoying myself.
And then we hit Arkansas. 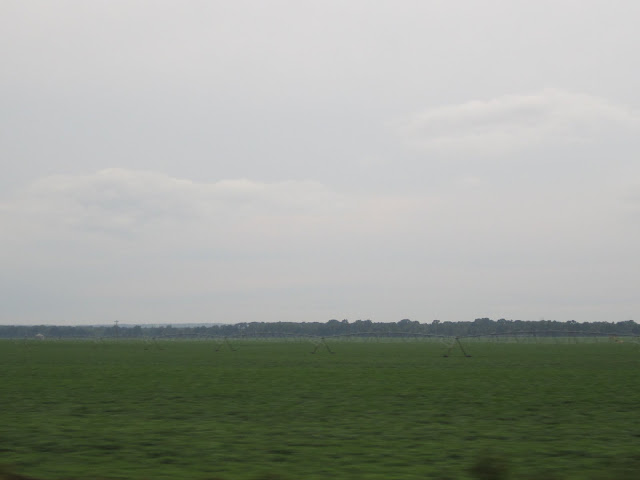 And a little of this:

But then more this: 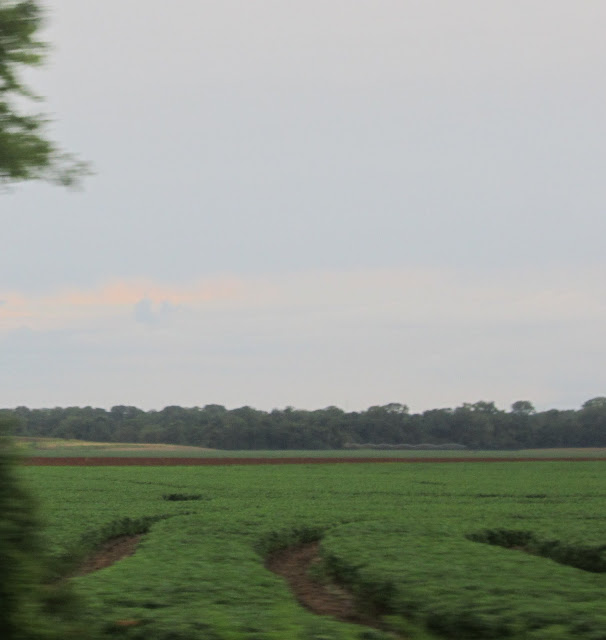 But it's okay. We were able to amuse ourselves with a terrifying thunderstorm or two, and the occasional derogatory comment about the people of Arkansas (Andrew and I may or may not have spent half an hour performing an improv radio talk show featuring two stereotypical southern boys named Tim and Rufus).

Skipping ahead; Texas. Bam. We're in Texas now. At least that's what it felt like in our car: You see, when you enter Texas through the city of Texarkana, there are no signs or anything that you're entering Texas. I was kind of expecting a giant Texas-shaped billboard covered in beef brisket, surrounded by a multitude of dancing cowboys and Rick Perry frolicking and firing six-shooters into the air. The last thing I expected was subtlety, but that's what we got. The entrance to Texas was nothing more than a bridge with a little picture of the State on it.  (To tell you the truth, it wasn't until we stopped for lunch at McDonald's and asked my parents that we knew that we were in Texas. That was after about an hour of driving through our new home state.) 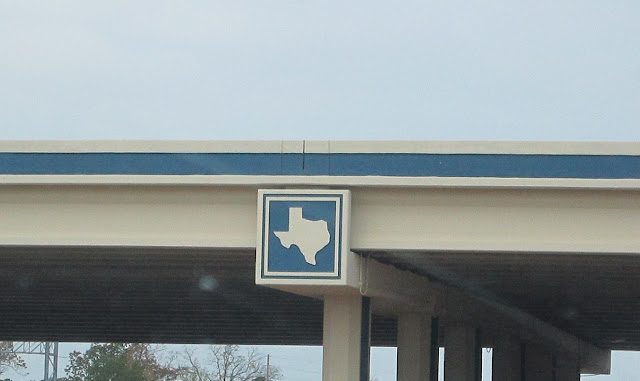 Not to mention this big-ass water tower: 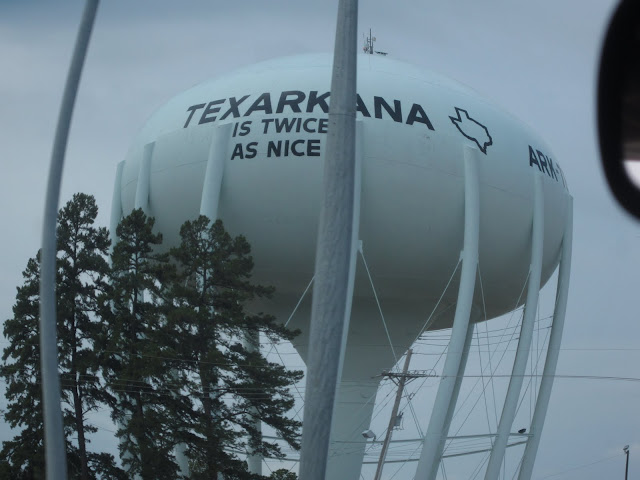 So, we were in Texas. We drove through Dallas and Waco, being sure to stop at my Aunt Young-Mee's favorite little road stop, the Czech Stop, where we got some yummy baked goods.

And then, well, we were in Austin. Just like that. Months of planning and preparing, fretting and fantasizing, anticipating and some other A word, and we were just there. It's odd, because this whole ordeal has felt like a story, and entering Austin was supposed to be the climax. For some reason, however, I felt a striking sense of anti-climax the whole time we were nearing the city. Maybe it was the fact that we sat in traffic for an hour, and maybe it was because I had been driving for three hours, and maybe it was because my butt was sore, but I think it's something more profound than that.  These things are always like that; I felt it when we were leaving home and saying goodbye to the people closest to us as well.  It just always feels anti-climactic. I think it's because this is not a climax. This is not the height of the story; this is not the height of the sorrow or the height of the triumph. This is just more rising action, leading to that end to which we all look forward, some with fear and some with anticipation.  That will be the climax, and it will be truly climactic.

When we were pulling into Austin, I had been envisioning the movies where the hero gets to his destination and it fulfills all of his wildest desires. But those happy endings are really just imitations--and more crudely made--of the happiest ending of all, when we arrive at our true Destination, where no good thing is lost and no distance can keep us from perfect communion with one another and with our Maker. That Place will truly fulfill all of our wildest desires, not the desires of our minds, but deeper, the things which our souls have been longing for since we were made.  So I guess this is the end of our journey. For now. We are home, but not Home, and I am content with that. For now.
at 11:59 AM