But the places that used to fit me / Cannot hold the things I've learned
And those roads closed off to me / While my back was turned
-- Sara Groves, "Painting Pictures of Egypt"

I'm realizing one of the largest obstacles to getting settled in our new city.  A fierce, quite likely  misplaced, sense of loyalty to our NY friends.  It's kind of embarrassing to admit, sounds a bit juvenile even.  Sort of like when you lose a beloved pet and people ask too soon if you're going to replace it with a new one.  Or when you trap ask your husband whether or not he'd remarry if you died.  It's that kind of feeling.

Of course, mourning is real.  We're definitely mourning around here.  Unpredictable bouts of weeping pop up here and there.  They don't last too long, but they are intense.  Still we are convinced that we are where we are supposed to be, that we've thrown our lot in with a good group of people.  Plus, we love it here.  We love the house, the city, the job, the church, the people.  Kids don't really love the schools, but that's not really anything too new.

Somehow I'd never heard this Sara Groves song until this past week.  It's a perfect description of the tension we're living in.  When this new job for Brian was still pending, we often described to people that we'd be heartbroken if we found we had to move and heartbroken if we found out we had to stay.  You could look at that as a win-win.  Or you could look at it the other way.  Around here, it just depends on the day. 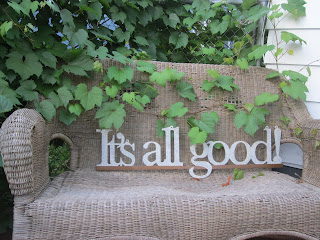