Lent daybook, 15: when the worst happens, we take our place and know you are present

Some time later the Moabites and Ammonites, accompanied by Meunites, joined forces to make war on Jehoshaphat.

Jehoshaphat received this intelligence report: “A huge force is on its way from beyond the Dead Sea to fight you. There’s no time to waste—they’re already at Hazazon Tamar, the oasis of En Gedi.”

Shaken, Jehoshaphat prayed. He went to God for help and ordered a nationwide fast. The country of Judah united in seeking God’s help—they came from all the cities of Judah to pray to God.

Then Jehoshaphat took a position before the assembled people of Judah and Jerusalem at The Temple of God in front of the new courtyard and said,

“O God, God of our ancestors, are you not God in heaven above and ruler of all kingdoms below? You hold all power and might in your fist—no one stands a chance against you! And didn’t you make the natives of this land leave as you brought your people Israel in, turning it over permanently to your people Israel, the descendants of Abraham your friend? They have lived here and built a holy house of worship to honor you, saying, ‘When the worst happens—whether war or flood or disease or famine—and we take our place before this Temple (we know you are personally present in this place!) and pray out our pain and trouble, we know that you will listen and give victory.’
“And now it’s happened: men from Ammon, Moab, and Mount Seir have shown up. You didn’t let Israel touch them when we got here at first—we detoured around them and didn’t lay a hand on them. And now they’ve come to kick us out of the country you gave us. O dear God, won’t you take care of them? We’re helpless before this vandal horde ready to attack us. We don’t know what to do; we’re looking to you.”

Everyone in Judah was there—little children, wives, sons—all present and attentive to God.

...Then Jehoshaphat knelt down, bowing with his face to the ground. All Judah and Jerusalem did the same, worshiping God. The Levites (both Kohathites and Korahites) stood to their feet to praise God, the God of Israel; they praised at the top of their lungs!

They were up early in the morning, ready to march into the wilderness of Tekoa. As they were leaving, Jehoshaphat stood up and said, “Listen Judah and Jerusalem! Listen to what I have to say! Believe firmly in God, your God, and your lives will be firm! Believe in your prophets and you’ll come out on top!”

After talking it over with the people, Jehoshaphat appointed a choir for God; dressed in holy robes, they were to march ahead of the troops, singing,

Give thanks to God,
His love never quits.

As soon as they started shouting and praising, God set ambushes against the men of Ammon, Moab, and Mount Seir as they were attacking Judah, and they all ended up dead. The Ammonites and Moabites mistakenly attacked those from Mount Seir and massacred them. Then, further confused, they went at each other, and all ended up killed.

O God, whose glory it is always to have mercy: Be gracious to all who have gone astray from your ways, and bring them again with penitent hearts and steadfast faith to embrace and hold fast the unchangeable truth of your Word, Jesus Christ your Son; who with you and the Holy Spirit lives and reigns, one God, for ever and ever. Amen. (source) 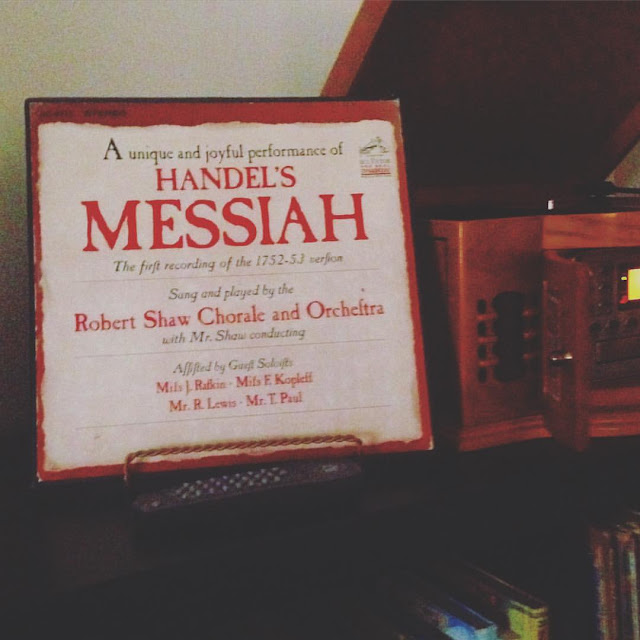 Today, fast from all social media. Instead, spend the time listening through Part 2 of Handel's Messiah (aka, the "Easter" part)