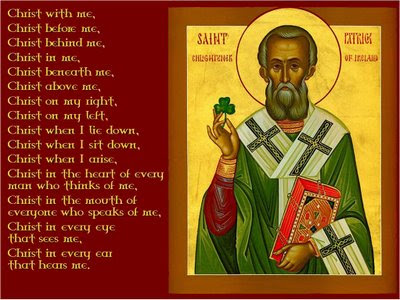 note: this is my first attempt to share notes from the plenary sessions of the Transforming Culture Symposium I attended in Austin back in April. I did my best to make pronouns and all other various grammar siblings cooperate, but I know I've missed a lot of stuff. Everything written should be assumed as the speaker's material, except where specifically noted as my own opinion. Also, even if you don't typically read this long of a post, you should know that the notes from this symposium represent thoughts and ideas and concepts and truths that have been boring their way deep into my soul and just plain old messing with my head. So, if you are someone who is either a Christian, or an artist, or just my friend, I'd love to share that with you. And, because I'm not above bribery, I'll select one person randomly from each post in this series to get something fun and nifty and super-cool for free from me!
Back to the notes...

The Question:
How is the pastor an artist and the artist, a pastor?
How can a pastor see himself as an artist? How can he learn to think artistically, or live artfully, or grow in the art of the shepherding of words and people which is also the art of love? On the other hand, how can the artist see him or herself as a shepherd? How can artists see themselves as uniquely anointed shepherds of the imagination, of emotions, of ideas, of physical matter, of beauty?

The Goal:
Pastors and artists are both in the business of shepherding. Both are called to live their lives artfully. The work of pastoring is both a science and an art. The work of art-making is both a provocation and a caretaking. Our desire here is to help the pastor and the artist grow in their understanding and appreciation of their kindred work: of shepherding, of art-making.

The Speaker:
Plenary #2: Eugene Peterson (pastor, author, poet)
*Tami's note: I find it somewhat comical, but clearly typical, that the program listed only this short and generic list in reference to the accomplished Peterson. David Taylor introduced this speaker with a story of his days in Dr. Peterson's Biblical Spirituality class at Regent College in Vancouver, B.C. Every week in class, Peterson had his students sing the same song, St. Patrick’s Breastplate. Taylor said, "I didn’t understand why he kept having us sing this song. It wasn’t till the end that I understood what he was trying to do with us. He really wanted us to do the work of sung theology. Our souls were better off for it. He is the kind of man who leads us down these strange pathways, but there is something good for us in that walk."

I'll add further personal observations of this man at the bottom of the post. I will say here that my first surprise, having never heard Peterson speak before, is that he was so soft-spoken, unassuming, almost bashful. He is an excellent storyteller (this did not surprise me) and it almost feels wrong to put his talk in outline form. It may actually be impossible.
Let's see what happens....

The Talk (in summary):
1. Job Descriptions vs. Vocation
I’m a pastor. The term pastor in our culture is not a vocation that carries with it a clear job description, which is probably right. Jobs have job descriptions. A job is an assignment to do a work that can be quantified and qualified, evaluated. It’s pretty easy to decide whether a job has been completed or not, done well or done badly.
I’m a pastor who has been trying for 50 years now to be a pastor in a culture that doesn’t know the difference between a vocation and a job. The people who have helped me most in discerning the difference and embodying this difference in my life as a pastor have been artists. My seminary professors had no idea what a pastor was or did. Most of my pastor friends and colleagues since my ordination have embraced the secularized job identity for a pastor that is pervasive through American culture. They’ve been less than helpful.

I grew up in small town in Montana and had never seen an artist. The sectarian church where I grew up was too serious about keeping me separate from worldly contamination to waste time on artists. Beginning when I was 22 years old, artists started entering my life in a profoundly shaping way -- shaping who I was becoming as a pastor in an American culture that had very little sense of pastoral vocation.

2. Three artists who became my allies in developing a distinct, Biblically-rooted and church-oriented pastoral identity
Willie Ossa: When I was a seminary student in NYC in 1955, I was assigned to do field work at West Park Presbyterian Church on West 86th St. One of my responsibilities was to meet with a group of young adults on Friday night. They were all serious artists who had somehow found each other and joined this group. Most were dancers and singers. Two were poets. There was one sculptor. All worked menial jobs (taxi, shoe sales, waiters, etc). I don’t know about their skill, but I soon realized that none of them were defined by their jobs. They were artists. Whether anyone would ever see them as artists or pay them as artists, they were artists.

Willie was not one of the group, but he was there every night. Willie was the church janitor. But janitor was not who he was. Willie was a painter – on canvas with oils. Something unspoken drew us together and w/in a month or two we became friends. Willie was German, about 27 years old. He’d married a daughter of an officer from the occupying American army in post-war Germany. He and his wife Mary had come to NY a couple of years earlier. They lived in a third floor walk-up apartment six blocks from the church with an infant daughter. The job was ideal because it let him work at night leaving the daytime with its good light for painting. It wasn’t long before they were inviting me for supper on Fridays before singles group.

Then one Friday Willie asked to paint my portrait. Before the portrait painting started I learned that Willie hated the church. He lived through the Nazi period, experienced the capitulation of the German church to Hitler. His pastor had become a fervent Nazi. He had never heard of Deitrich Bonhoeffer or Martin Niemöller or the Karl Barth of the Barmen confession. All he knew was the Church hated Jews and embraced Hitler as a prophet. He could not understand why I would even consider being a pastor in a church. He told me that all churches reduced pastors to functionaries in a bureaucracy. He liked me; he didn’t want his friend destroyed.

And then he began painting my portrait. He said he wanted to work in a form that was new to him, but he never let me see what he was paiting. Every Friday I would sit in the afternoon sun, mostly in silence, while he painted and Mary prepared a simple supper. Then we would walk the six blocks to church. One Friday Mary came into the room, looked at the by-now near finished portrait and spoke in German, “Sick!” Willie responded, in German, “He’s not sick now, but that’s the way he will look when the compassion is gone and the mercy gets squeezed out of him.”

[Note: the conclusion of this story and the remainder of Eugene Peterson's talk as well as his prayerful conclusion will be available in the book being edited by David Taylor and published by Baker Books.]

Tamara's Thoughts:
What can I say? The art of storytelling, especially this finely crafted, leaves little left to add. Of course, you did not get the privilege to hear and see this story being told, only the opportunity to read my best attempts at translating the message. (get it? THE MESSAGE?)

I continue to be surprised when I hear people that I know to be wise make statements like "It has been the artists in my life, not exclusively but more often than any of the others, who keep the sharp distinction between vocation and job description." Honestly, something deep within me keeps waiting to hear that all of this is just silly-talk. That all this discussion about the value of art and those who make it is just another frivolous conversation that will soon fade into the church basement files along with the Y2K rapture booklets and Ray Boltz music videos.

And, I do hope that much of the talk -- possibly more accurately defined as hype -- about art and artists in church will subside to a deep, long-lasting and maturing integrity. Peterson addressed this difference during the Q&A following his talk, "You are hearing lectures here that are stunning. We’ve got people in our midst who are really trying to say it right and not just giving pep talks to make art important." I've heard the pep-talks and if you've spent any time reading or listening to church buzz, you have too.

But, slowly, I am becoming convinced that, rather than frivoulous propaganda to make ourselves feel important, there is an ancient and dazzling truth that has been buried beneath....beneath.... Well, beneath what? What became of Bezalel's descendents? When did this discipline that crafts visible beauty for the invisible empty space of worship become unimportant? Why is it that these three artists whom Peterson chose to highlight from his fifty years as a pastor all come from outside the church?

I'm not asking this rhetorically. I really want to know what you think. Why?

(I'll add a few more surprising anecdotes about Eugene Peterson in a follow-up post. You know the one where I announce who won the super-cool and nifty giveaway for one randomly selected commenter. You know, someone who reads this post and leaves a comment. Ahem.)
at 6:10 PM