Worship & Arts at the Center [lesson 8 of 8]: The Closing of Worship 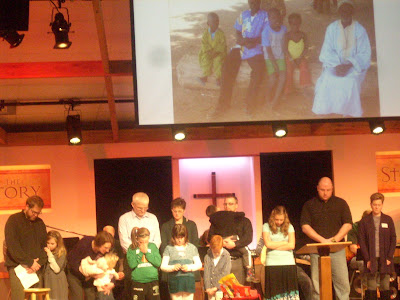 “The task of liturgy is to order the life of the holy community following the text of Holy Scripture. It consists of two movements. First it gets us into the sanctuary, the place of adoration and attention, listening and receiving and believing before God. There is a lot involved, all the parts of our lives ordered to all aspects of the revelation of God in Jesus.

Then it gets us out of the sanctuary into the world into places of obeying and loving, ordering our lives as living sacrifices in the world to the glory of God. There is a lot involved, all the parts of our lives out on the street participating in the work of salvation." ( Peterson)

[*note: lessons are taken, with permission, from Calvin Institute of Christian Worship]

It matters a great deal how we finish a conversation. The same is true of worship. We should review our basic theology of worship and remind ourselves that we have been involved in a dialogue/conversation with God. We have heard him speak to us; we have spoken to him. Now the conversation will come to a close as we enter life to live out our obedience to him. This, obviously, doesn't mean our contact with God ends, but only that our formal corporate conversation with him comes to a close. We transition into life with him still at our side.

The two passages cited above capture the need and intent of closing corporate worship. One is referred to as the Aaronic blessing; the other as the Pauline blessing. Both are an expression from God of his continued presence with his people on their journey ahead.
In Numbers Israel is being prepared to depart for the Promised Land. They have been delivered from the bondage of Egypt. God has given his law to them, and he has given them instruction for their worship life in the tabernacle under the direction of priests. All are aware that before they leave they need a blessing from God. God instructs Aaron how to bless them and "put my name on the Israelites" (Numbers 6:27). So in blessing, God's name is put on us.

With the other passage, 2 Corinthians 13:14, Paul is taking leave of the Corinthian Christians. His relationship with them has been formative, deep, personal, confrontational and even contentious. He has visited them at least twice, sent others to represent him, and has written at least four letters, two of which have survived. Now, with these words of grace and blessing, he closes the conversation with them.

The Elements of Closing Worship

Five elements are commonly considered parts of the closing of worship. The closing may take many forms and may be found in many styles. Sometimes it includes all five of these parts, and other times the focus of the service puts more emphasis on some elements than others.

Doxology: The "word of praise" for God's grace and glory seems the most appropriate response of worshipers as they leave. Most often we sing it, but a choir or worship team might sing it for us, or the pastor may speak words, such as Jude 24-25. Whatever form it takes, the worshipers leave worship with an exclamation of praise to God.

Here are suggestions for sung doxologies that could be used through the Church Calendar:

Christmas: "Angels from the Realms of Glory"

Epiphany: "Immortal, Invisible" or "All People That On Earth Do Dwell"

Eastertide: "All Creatures of Our God and King"  or "Crown Him With Many Crowns"

Pentecost: "O For A Thousand Tongues to Sing" or "Holy, Holy, Holy"

Ordinary/Growing Time: "Praise to the Lord, the Almighty"

Sending: We understand that our worship should be carried into all of life. When we leave, God's word sends us out with words of encouragement, instruction, and challenge. The Latin word for "send" has the same root as the word "mission." We are to think of ourselves as "sent people" as we leave worship. The sending may be as brief as "Go in peace to love and serve the Lord," or it may be a more extended passage of Scripture, as in The Worship Sourcebook, pp. 351ff.

Song: It is fitting that the worshiping congregation will want to express their response through a song of praise, thanks, commitment or profession. The nature and theme of this song will be shaped by the theme of the service and the sermon. For instance, at the conclusion of a service in which we have celebrated God's holiness, we may want to sing the fourth verse of "Holy, Holy, Holy! Lord God Almighty". If we have focused on the importance of the Christian Church, we may sing the seventh verse of "Oh, for a Thousand Tongues to Sing". Or, if we've been challenged to more faithful obedience in the world, perhaps we should sing something like verse 2 of "Lead On O King Eternal".
.
Benediction: A benediction/blessing is a very precious gift from God. Rather than assuming it is a wish, or a prayer, we should consider it a promise! Numbers 6:24-26 and 2 Corinthians 13:14 are biblical examples. The form should be familiar each week so that it gives stability to worshipers as they leave.

Other benedictions can be found in The Worship Sourcebook, pp. 360ff. Worshipers should be encouraged to respond in some way to indicate their acceptance of this blessing, possibly with an audible "Amen."

At times it may be meaningful for the congregation to receive the benediction in a sung form either from a choir/ensemble, or for a congregation to sing it to one another.  This is a good time to use Scriptural benedictions put to music like "To Him Who is Able".

Postlude: A musical postlude usually has the two purposes of summing up the theme of the service and reinforcing it. The spirit of the postlude should be consistent with the spirit that has been developed through a particular service. A reflective service can be served well by a reflective postlude; and a service that has a theme of strong praise can benefit from a postlude that serves as an exclamation point to the theme. Many times a postlude that is based on the closing song of the service can be effective. The postlude is also the bridge between the worship service and living obedience that now begins. Just as the prelude serves as the bridge into worship, the postlude is the bridge from worship to the responsibilities of life.

Herbert Brokering describes the experience of one worshiper:


The ushers had the doors waiting. In thirty seconds the people would be leaving, they figured. It was longer today. The pastor surprised his people. He said the benediction interjecting "out there!" throughout.

And we left for our farms and suburbs and cities, blessed. It was like scattering the benediction into the restaurants, jails, cars, elevators, kitchens, science labs, sports arenas, backyards, honeymoon motels, playgrounds and family dinners. I went fishing. I knew I had the benediction in my boat. My boy went back to boot camp. He knew he had the benediction in his bunk. (Uncovered Feelings. Philadelphia: Fortress, 1969)

1. Describe how you normally feel when a worship service comes to a close. Review the story above from Herbert Brokering about the benediction. How does it compare with how most worshipers feel when they leave church?

2. Since we are sent people when we file out of church, ask yourselves how clearly does that come through in your worship services? What reinforces that awareness?

3. Do you think that most of the members of your congregation understand the benediction to be a wish, a prayer, or a promise? What difference does it make how they think of it? What could be done to help people receive the benediction as a blessing?

4. What do you think is the most appropriate way to receive the benediction? Should it be with head bowed and eyes closed? What other ways can the benediction be received? What do these ways show?

5. What about the postlude? Does anybody pay attention to it in your congregation? Should they? What improvements would you suggest?