Take Up Something New: the secret to braiding bread (a guest tutorial from Leila at Like Mother, Like Daughter)

I've followed Leila and her mother and daughters at Like Mother, Like Daughter for several years.  I've never read a post I didn't like.  Maybe because I'm the oldest daughter of six and am pretty fond of my own mother and grandmothers.  If you haven't met them, please head over and let them know you've stopped by their site.  Leila generously offered her tutorial for braiding bread for our Take Up Something New series.  You'll all know resurrection is indeed real if my own attempt at braiding bread works.

Here's to trying something new this lovely weekend!


THE SECRET OF HOW TO BRAID BREAD WITHOUT HAVING ONE END FAT AND THE OTHER THIN
from Leila at Like Mother, Like Daughter


Do you ever make a loaf of bread and feel like the texture just isn't what you would like it to be? 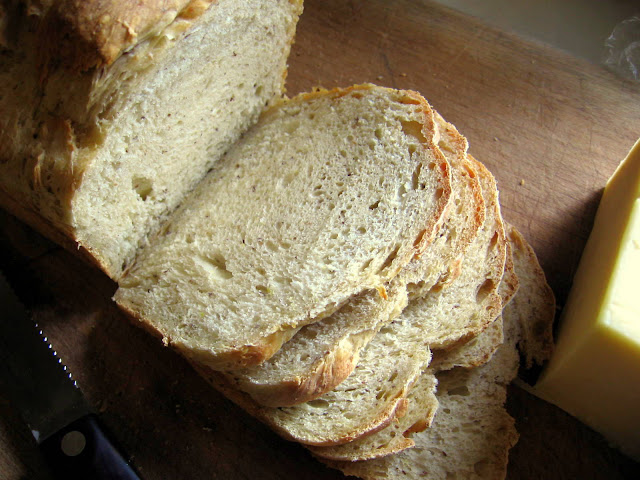 Somewhere in the middle of the loaf (which is where your best sandwich slices would come from if things worked out properly) it's a little too crumbly or lacking in heft to stand up to slicing and spreading...whereas at the ends it's a little too low to make a good-sized sandwich at all?Long ago I realized that I like my bread braided. 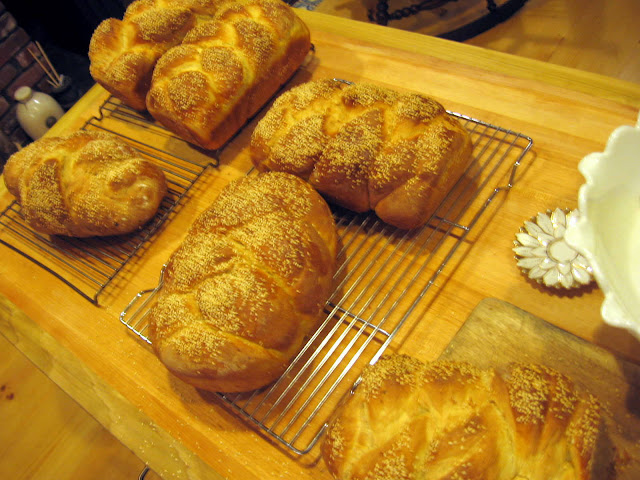 So usually that's how I make each loaf, whether free-formed on a baking sheet or in a loaf pan.But at first, when I followed the directions I found in cookbooks, I usually ended up with something that was lopsided -- too narrow at one end! Or too tightly braided on one end and too loose on the other! 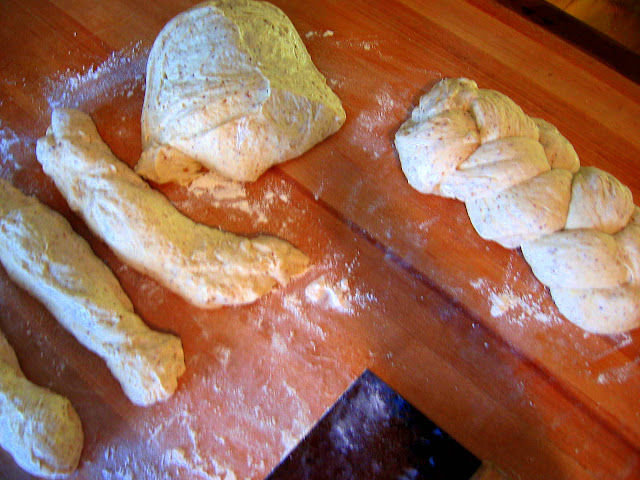 So here is a little tutorial on how to achieve bread that has good texture and is evenly distributed.You can use your favorite recipe. The ones that have some fat and eggs, like, obviously, challah, work especially well. But any dough that isn't super sticky will be fabulous. If you have been brewing beer recently, try my spent grain bread...Let it rise at least once.1. For each loaf's worth of dough, use your bench scraper to cut three strands of more or less equal size. 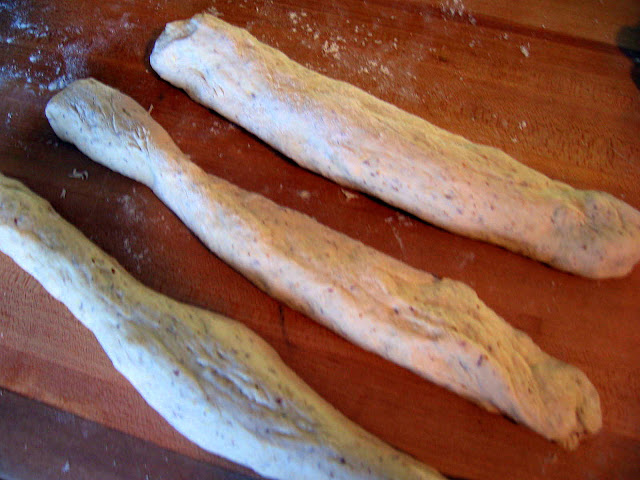 {Now listen. One of the most important things you can learn about improving your bread is to handle the dough carefully and gently. Kneading is an idea that has been...overworked!If you let your dough rise slowly and don't treat it roughly, you will eliminate both an unpleasant yeasty aroma and a dense structure. We will talk about that more another time... but for now, just roll these ropes with the minimum force and extra flour necessary, trying to keep the integrity of those long strands of gluten that have been developing.Hence, imperfectly formed strands are the lesser of two evils, the greater being overworked dough.}2. Secret Alert!Begin your braiding in the middle! 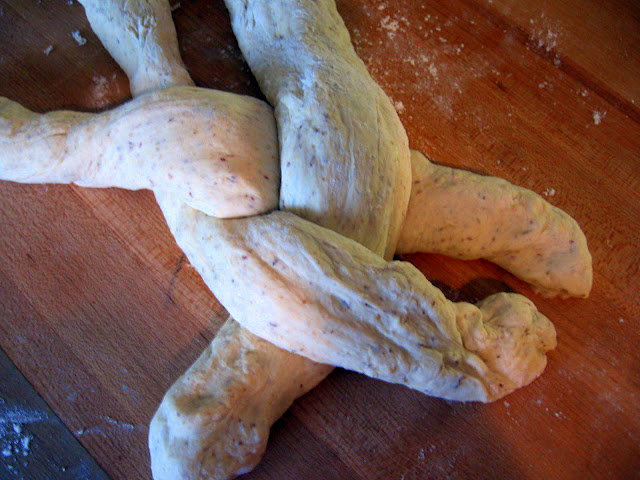 Don't do what you do with your daughter's hair: don't sort of pull and twist as you go, which is exactly what you would do if you started at one end. (It doesn't hurt to practice on her, though! You moms of boys need to borrow a neice.)Instead, sort of flop the lightly floured strands on each other in braided position. (Flouring each strand is better than working a lot of flour into the strand to get it to cooperate.) Continue doing that flopping until you reach the end of that side.3. Now start on the other end. 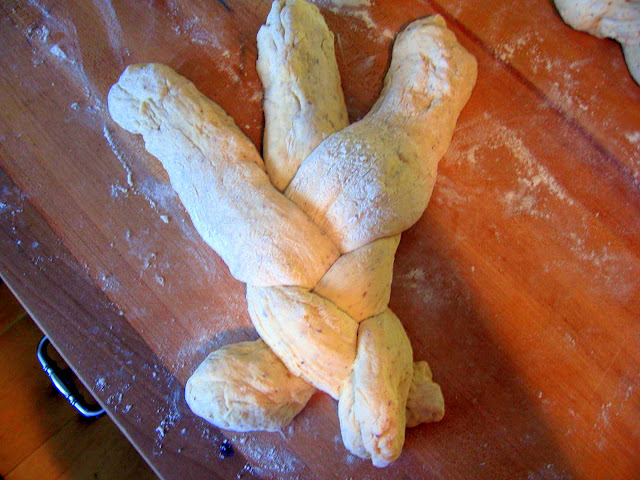 You kind of have to reverse your flopping direction, which means going under with that top rope in a counter-intuitive way. 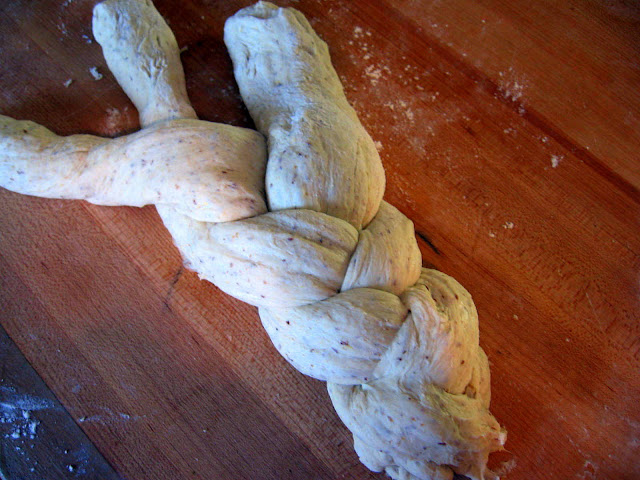 It will be fatter in the middle. That's fine. It just can't be fatter at one end ;) 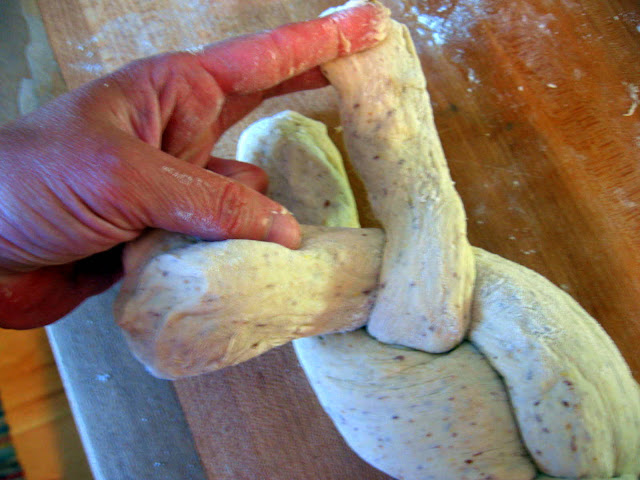 You can do it, it just takes a minute to wrap your mind around what you need to do. When you get to the end, seal the ropes together and tuck under, giving a last little braid just like you do to hair to keep the ends in a bun. 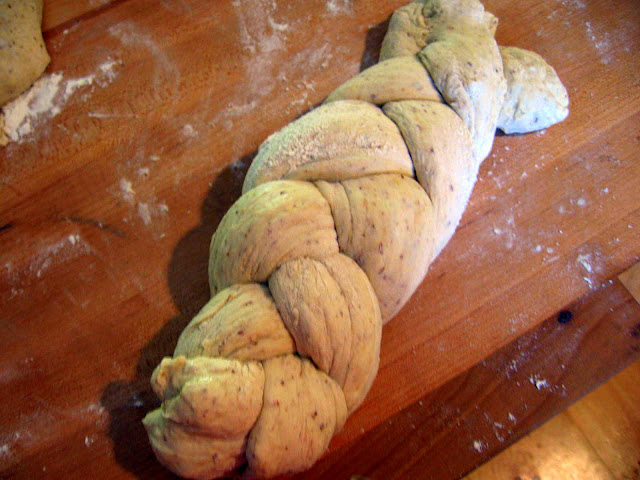 As you seal and tuck, plump those ends together so that they increase in height to match the middle, which has a bigger mass of dough. 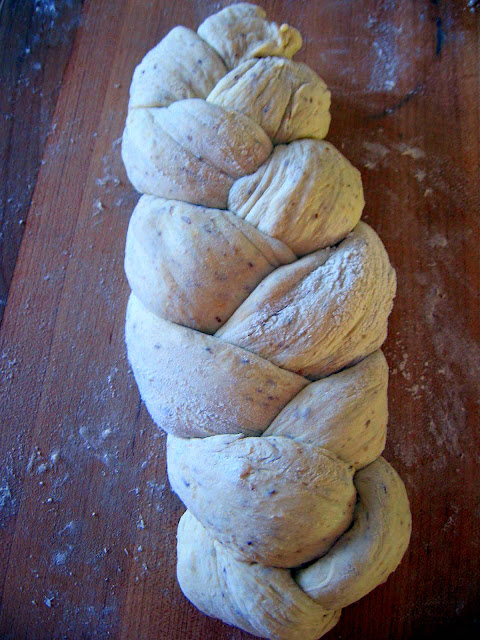 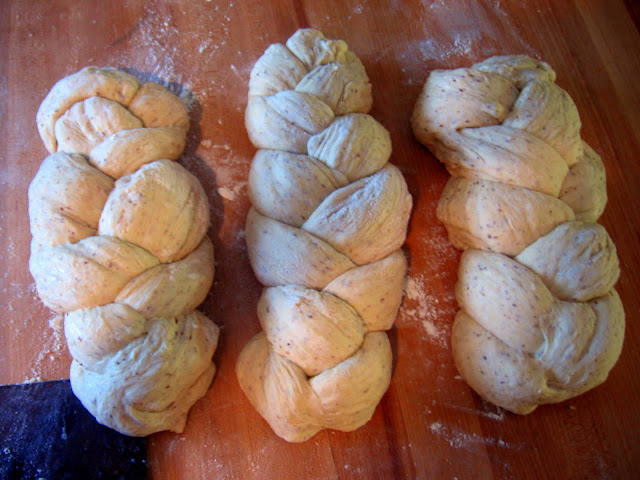 This loaf below was perfect, even though the top puffed out a bit. The two ends were even and the texture was sturdy yet tender. The picture, however, was not in focus, sorry! 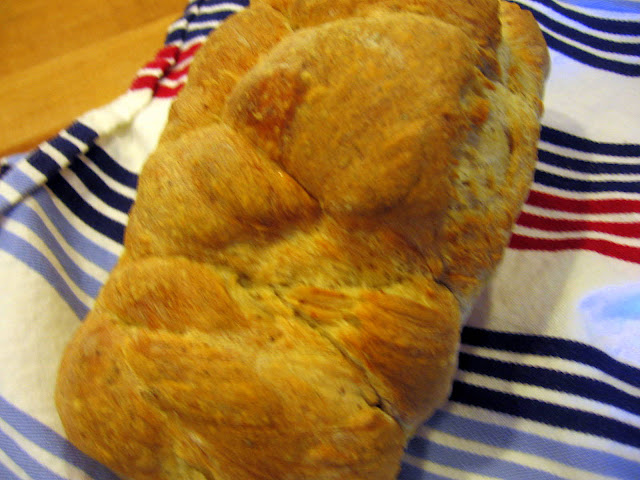 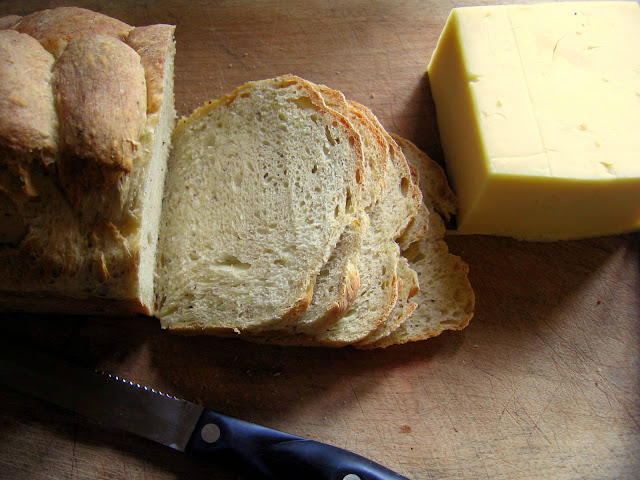 
Do you have a story you'd like to share that would fit our Practice Resurrection quest to take up something new during Eastertide?  Write me a note on the facebook page for This Sacramental Life. (or email me).

Also, each week during Eastertide I'm collecting your photos of practicing resurrection, taking up something new to celebrate our risen Christ who makes all things new.  Share your photo with a caption in 36 words or less at the facebook page for This Sacramental Life.  (See our first week here.)