Andrew's lovely girlfriend has a birthday less than a week apart so it only made sense to go bowling to celebrate them both.  Seriously, when's the last time you went bowling?  It's just a fun way to get lost for a while.  Chocolate cake helps, too. 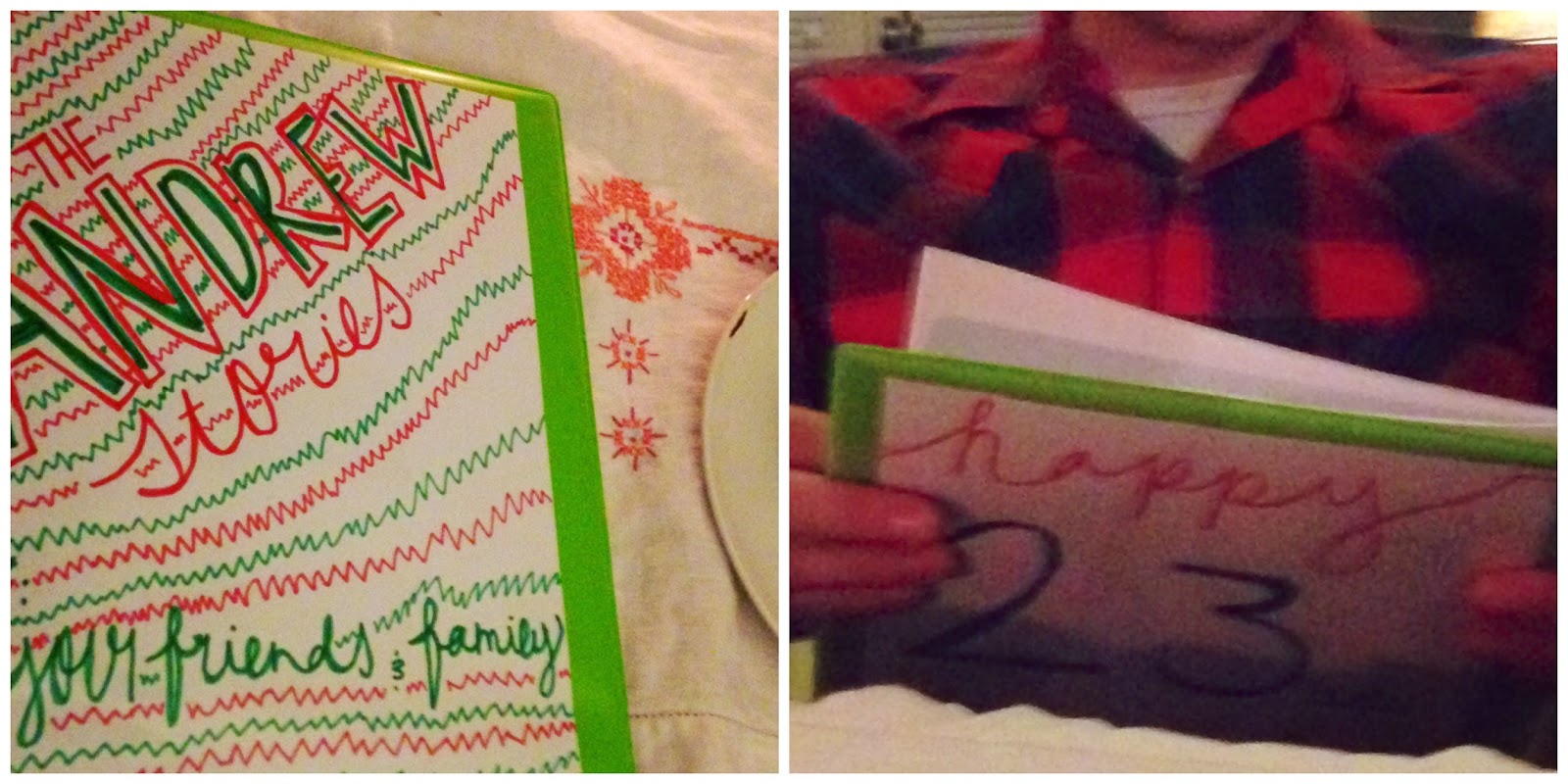 As part of Drew's gift this year, we invited several friends and family members to send one of their favorite "Andrew stories" as a way to remind him how much he is loved and respected.  We printed each one and Natalie decorated the binder.  It still takes a village....

Kendra (and "Monkieus") go to college 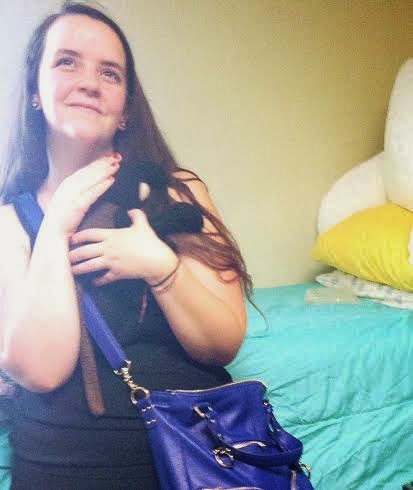 And we learn again how to say good-bye again.  And it's all good.

God uses this sweet lady to look out for our girl 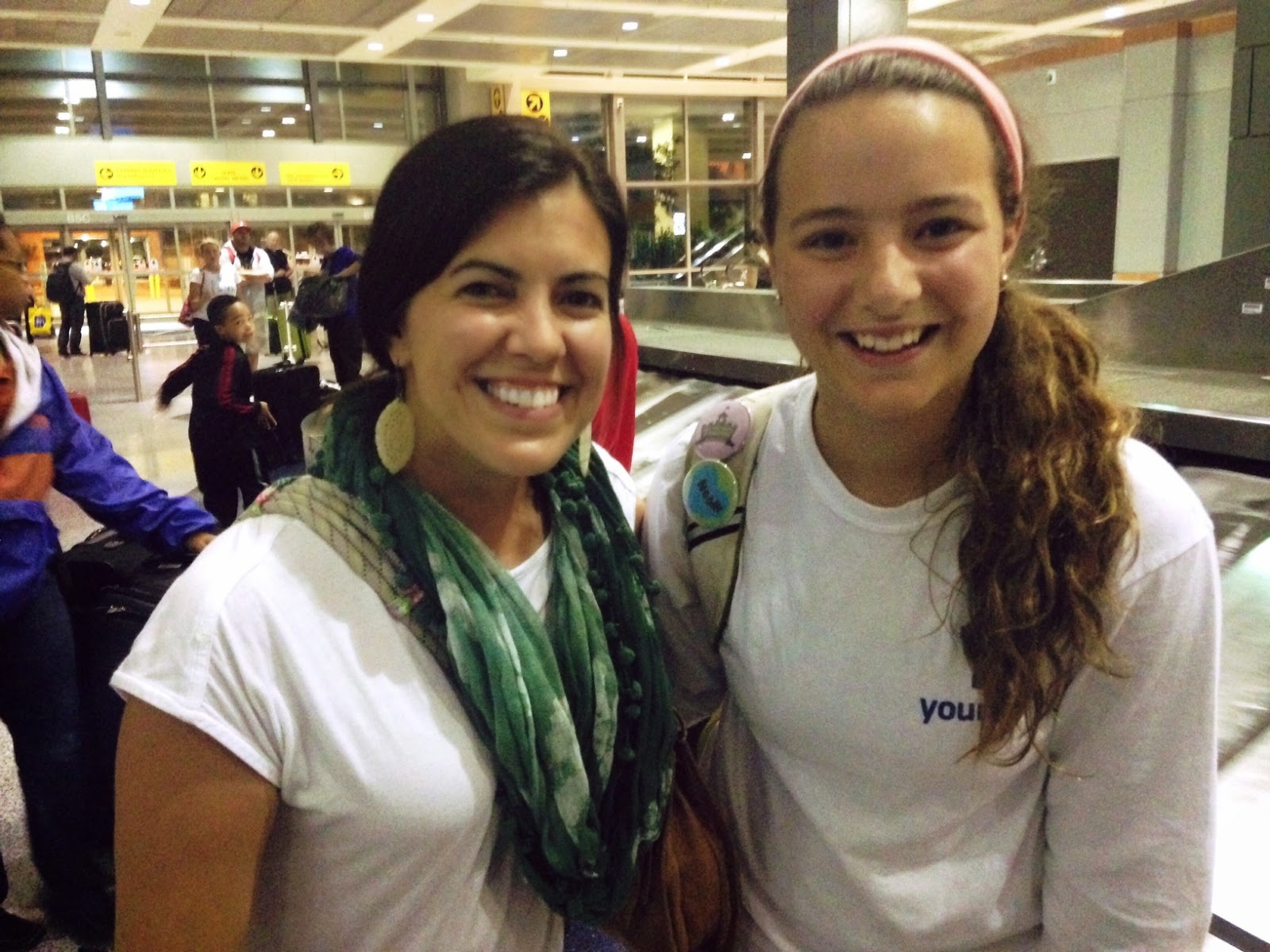 In August Natalie flew from New York where she'd been working as a camp counsellor back home to Austin.  She's flown by herself before -- but on a direct flight.  This time she had a layover in Detroit and for whatever reason determined by the gods of airline fate her flight out of the tiny Binghamton airport was delayed long enough to whittle away the one hour layover time she had to catch her flight out of Detroit.  We were on our way to a ministry event and trying to juggle getting updates from Natalie and my parents and preparing for the event.  In the car we jumped from the nagging sense we'd messed this up and should never have put our daughter on a non-direct flight into the parent's desperate prayer "HELP, God!  We did what we thought was best and we can't control the outcome.  Please protect Natalie!"  Within a half hour we got a text that a woman flying the very same flights from Binghamton to Austin via Detroit had introduced herself to Natalie because of the Young Life T-shirt Nat was wearing.  The woman and her family live in Austin, have connections with both Young Life and Mission: Possible and Binghamton -- I mean what are the chances?!?  This lovely mama took Natalie under her wing the whole way -- including making sure Nats got off the plane first in Detroit so she could run to get the next plane.

I was so grateful to meet Ellen in the Austin airport and give her the thank you hug only one mama can give to another.  God -- our ever-watchful Mama -- answered our prayer in the most perfect way and I don't ever want to forget this story.

Our third anniversary in Austin 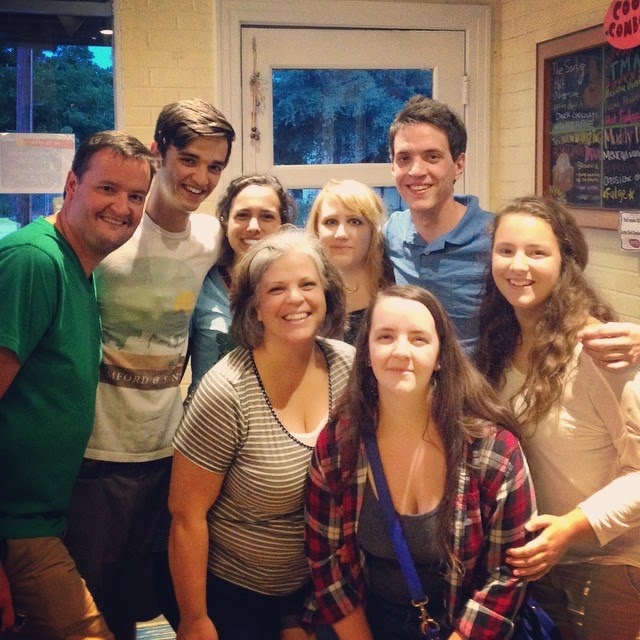 Can you even believe it?  Another August serendipity is that without realizing it we scheduled a family night with all our kids and their significant others on the very same day -- three years later -- that we landed in Austin.  Hasn't our family grown just beautifully?  Thanks be to God.

Other good things online this month

1. Breathing the Same Air as Genius at Oxford American:  We almost drove from Texas to Virginia by way of Milledgeville this summer.  After reading Padgett Powell's delightful story I sort of feel like we actually did.

2.  Benjamin Barber - If Mayors Ruled the World [TED TALK] via Englewood Review:   My mom first passed this on to me and then I passed it on to my son -- the political science major who wants to make a difference in this world and feels pretty skeptical about national government.  Benjamin Barber makes an excellent case for politics to go local.

3. John Perkins: The Sin of Racism Made Ferguson Escalate So Quickly at CT:  It's going to take me a while to process and wonder and pray on the events from this summer.  Open the eyes of my heart, Lord.

more on the subject from what I've read so far...

4. What Will I Do? A Call to Theologians from Brian Bantum via SPU Response:   "There have been so many words and seemingly so little peace for the people of Ferguson. I am going to continue to prayer, to post, to shout out with them. But I am also going to pray with my life in the coming year, learning about the realities of my neighbors and working to help further the mechanisms, policies, and communities that can testify to God’s presence among us. "

5.  Strange Fruit from SALT Project:  "This is the story of an American masterpiece, the song TIME Magazine in 1999 called "the song of the century." But even more, this is a Good Friday story, an Easter Sunday story, a deeply human story of tragedy, defiance, genius, and grace."

A good news-filled weekend for us all, dear ones.