--- 1 ---
So my son Alex sent us an email with the subject "Recognize anyone you know?" and attached a screenshot from the the new movie trailer for Men, Women and Children (Jason Reitman, Ansel Elgort, Adam Sandler, Jennifer Garner). 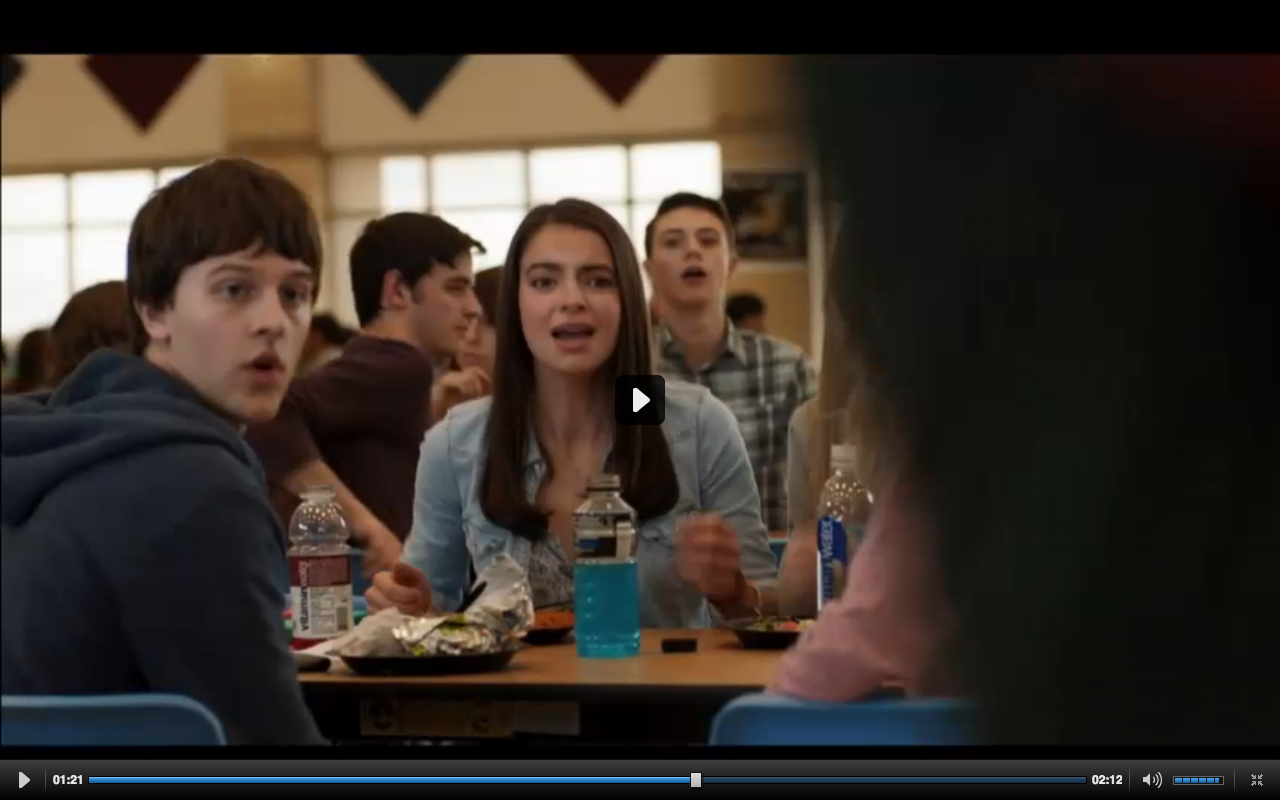 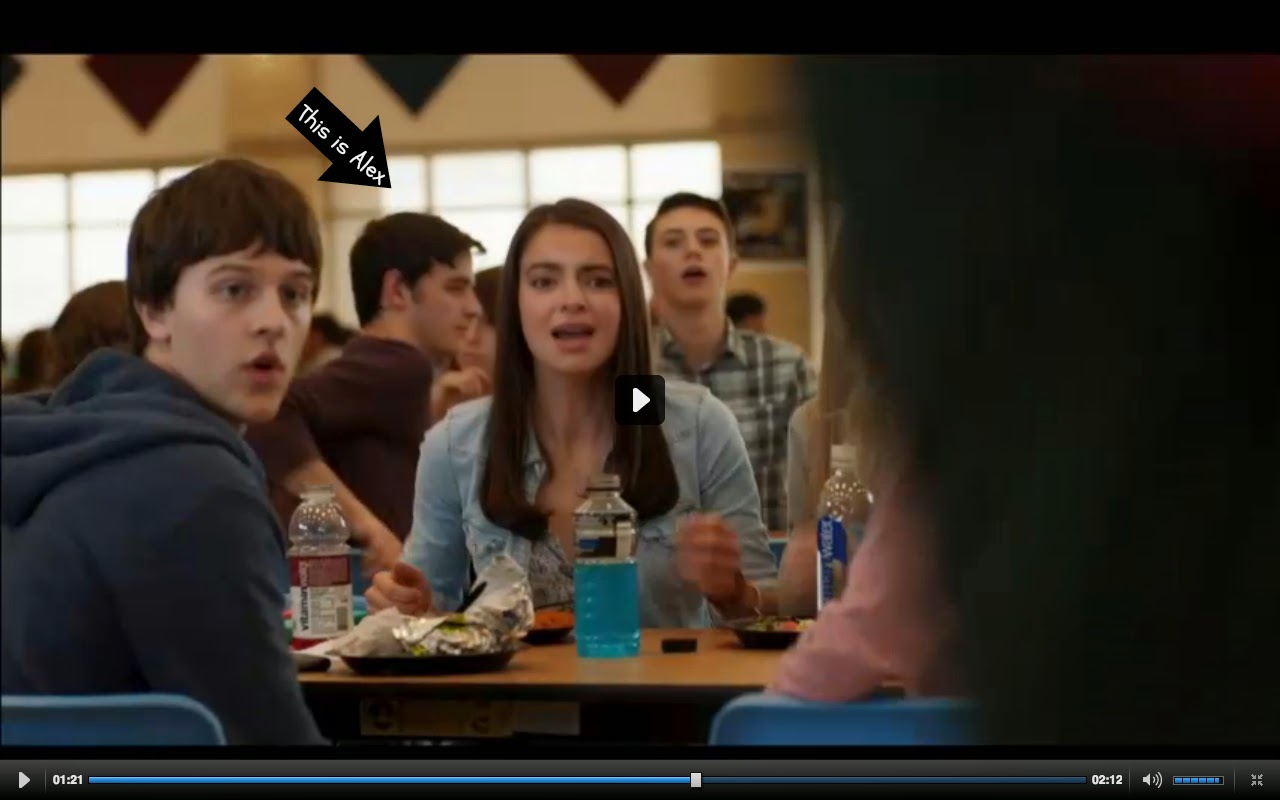 Ummm, yes?!?  That'd be my son.  Although when you watch the actual trailer this scene just flashes by and you probably wouldn't even notice.  Alex and his girlfriend Rebekah both worked as extras on the set.  Alex has some pretty funny stories about shooting the scene that landed in the trailer, but you'll have to ask him if you want to know more.  Also, this isn't Rebekah's first gig.  Remember Parkland?
(fyi:  this movie looks thought-provoking but we really don't know much about it)

I had the privilege of writing again at Think Christian this week.  Somehow I've ended up with the "food beat" over there.  Like I've said before, that might be a bit like Donald Trump getting the knitting beat, but oh well.  It's been a joy and pushing me beyond my preconceptions that food is only about being good at cooking and baking and stuff.  Food speaks to our most common needs and desires, it speaks of haves and have nots, it speaks of creating and cultivating and community.  It's a truly beautiful subject. I wrote this week's article in response to a Slate article on the romanticizing of home-cooked meals. 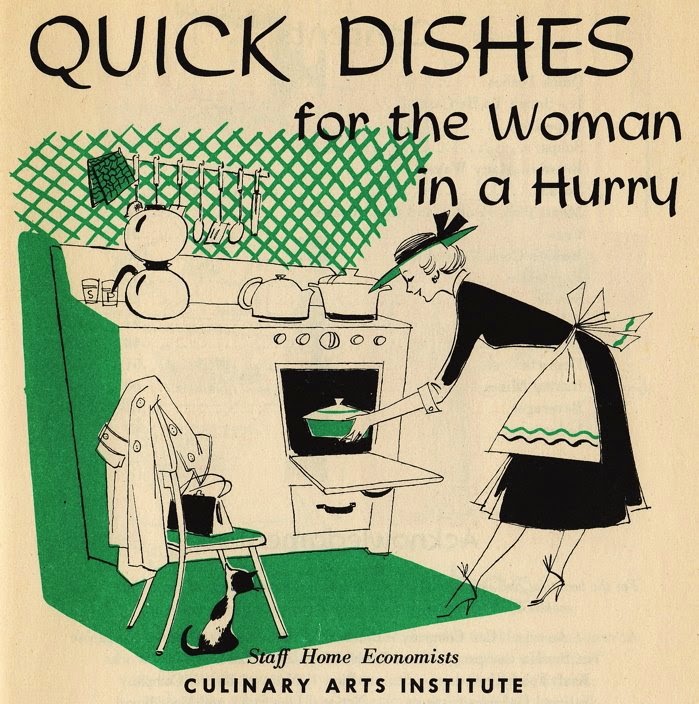 --- 3 ---
This girl is doing just fine.  College seems to suit her well -- not that I'm surprised by that at all.  When I told this to a friend she said, "I'm  not surprised, either.  Kendra's an old soul."  Right then I realized that many of the frustrations that go along with being an old soul in highschool turn out to be benefits after high school. 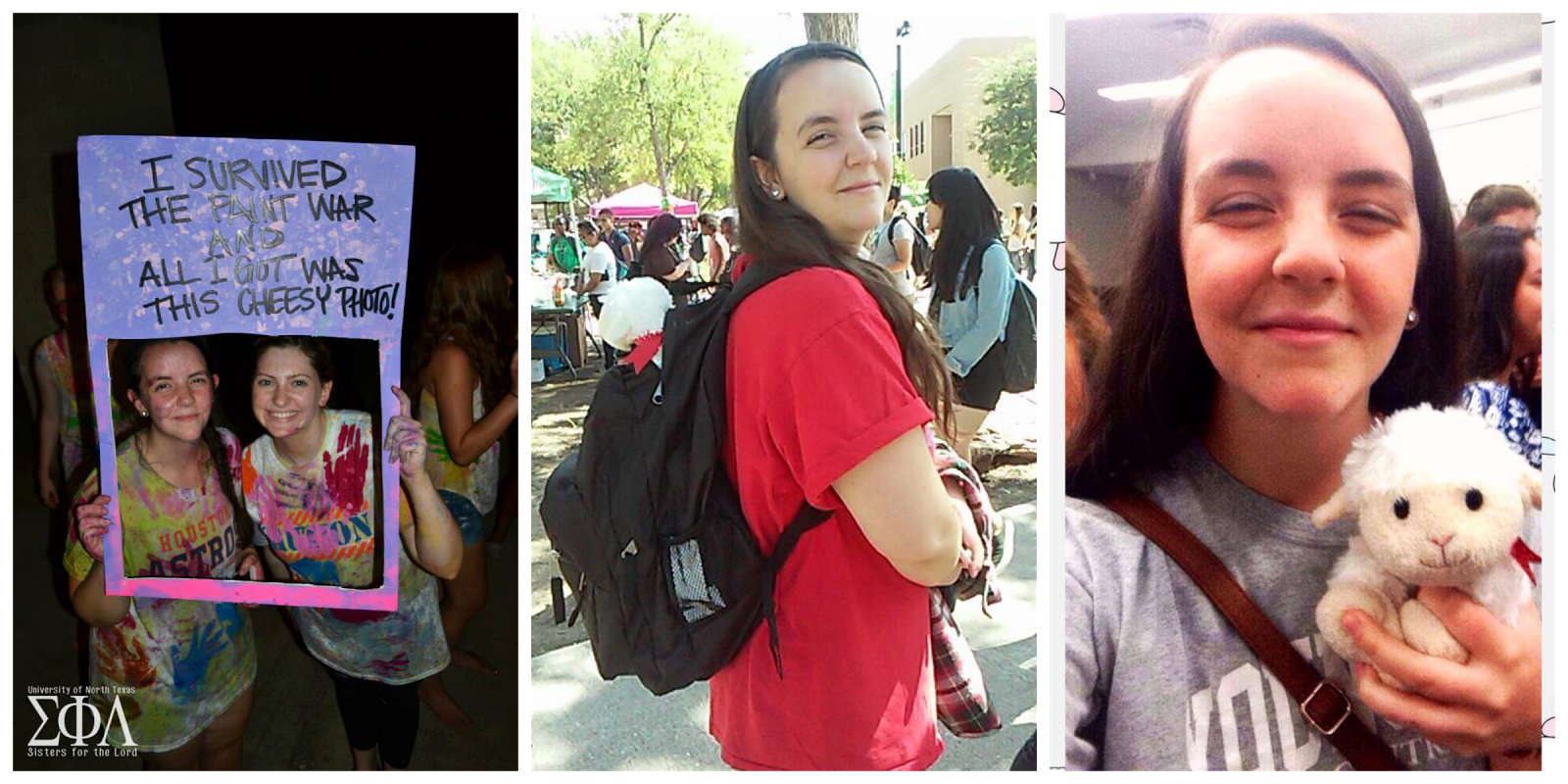 She's joined Sigma Phi Lambda ("Sisters for the Lord") and making beautiful friends.  We're pretty sure she's studying, too.  We are grateful.


--- 4 ---
We wondered what it would feel like for Kendra and Natalie to live apart since they really are very close friends.  Turns out they're doing just fine.  Sign of a good friendship.  Natalie got her license a couple weeks back.  She said she's been waiting for this day for 16 1/2 years (she turns 17 in December).  The experience of passing her road test fraught with tension, but she did it!  Turns out to be great fodder for writing for her school paper. 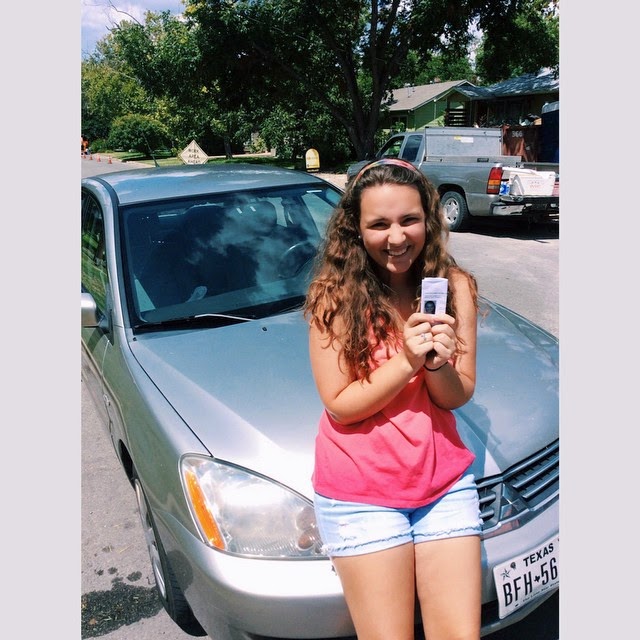 Not sure the schedule yet, but I'll keep you posted.  I'm personally hoping he gets slated somewhere between Fat White Family and Gorilla Biscuits.  Just because that would be so fun to say.

Life in the Kolache Belt: Reflections from the Intersection of Food, Faith, Farming, and Fracking at Front Porch Republic:  Just a lovely essay about a place.  I especially appreciate John Murdock's words since now live in the "kolache belt".

First Listen: Lucinda Williams, 'Down Where the Spirit Meets the Bone' at NPR:  I really enjoyed listening!

Eight reasons people don't get involved at The Guardian: "A few years ago, I became very worried about the planet and decided to Do Something. But what? I found some experts, and asked them. One was Dr David Fleming, who had invented a clever mechanism to incentivise individuals – and entire nations – to save energy. What, in his opinion, was the most important thing anybody could do to tackle the twin threats of climate change and resource shortages?


--- 7 ---
What a great week in baseball history.  Brian and I renewed our appreciation for the NY Yankees in 1995 when we were too broke for cable or a television, for that matter. I was pregnant with our third baby and we'd spend our summer and fall evenings listening to the games on the radio hearing descriptions of this rookie player Derek Jeter. We've been listening (and now watching ever since). It's been a really fun ride and this guy is a classic.

And I know I was feeling a bit sentimental when I watched this live, but as I've watched the highlights again I can't help thinking about what it will be like when I enter eternity and get to see the "cloud of witnesses cheering us on".  Somehow the line up of great Yankees who'd retired before him, who stood on the sideline watching Jeter's final play, well somehow they reminded me of that moment that will surely come to us someday.  I doubt we'll be in pinstripes, but you never know!

Hoping for a good week for us all, friends.
Peace....