A theology of billboards, sharing today at Think Christian

Three years ago my family moved to Austin, Texas. Our very first spring we got a front row seat to the effects of theHighway Beautification Act of 1965, a legacy of former first lady Lady Bird Johnson. In a place known for heat and drought, springtime in Texas kicks off a wildflower parade up and down the state’s medians and roadways. Johnson’s concern about the increasing number of billboards crowding out the natural beauty of her home state energized her to become the first president’s wife to actively campaign for legislative action.

A recent NPR story described the new battle Texans are fighting against the billboard lobby’s request to heighten signs. It makes sense for political figures to discuss the use of public spaces, but what if it also became a Christian conversation?

Bonus feature:
one of the billboards we managed to catch on the camera on our trip to Texas, 2011. 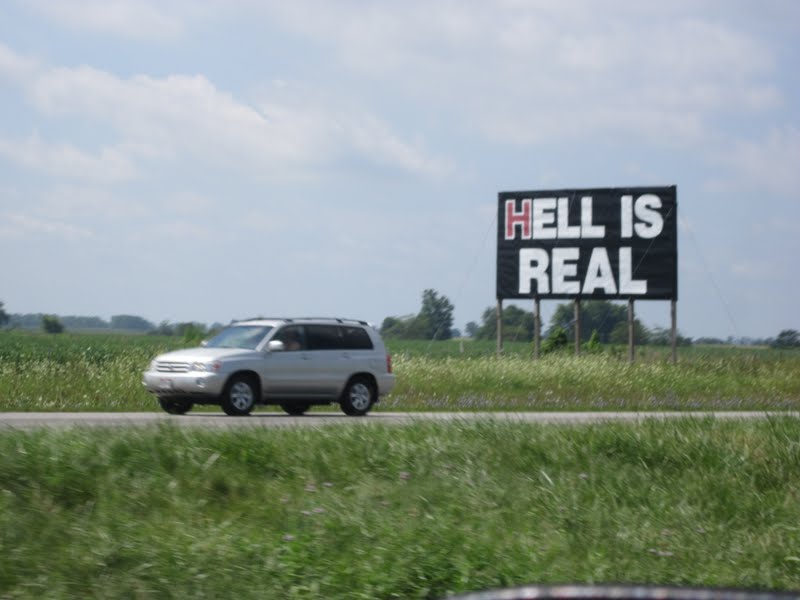 This is somewhere in the middle of Ohio, in case you were wondering.