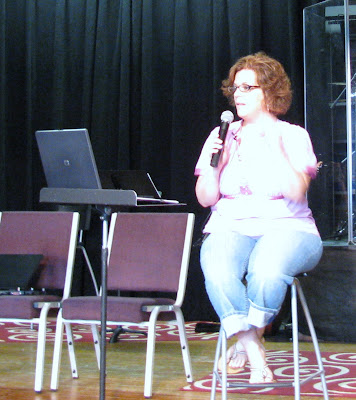 That’s the commitment I made to some friends last week. David Taylor inspired me with this challenge in his talk about being disciplined disciples. So my girlfriends are checking up on me. And I feel like I’m back in school again trying to figure out how to take up space on the white sheet in front of me. For example, by the fun little creative tool of writing out numbers in both words and numerals above I’ve already managed to crank out 94 words today.
Ninety-four. Words.
In case you’re wondering, I’m only 50/50 for the challenge. Fifty-fifty is only half-bad, right? I met the challenge two of the days out of four (I’ll spare you the numeric repetitions). That’s better than nothing, right?


As David challenged us: Something begets something; nothing begets nothing. So this challenge has begotten at least 500 (plus the 154 new ones I’ve just written in this post) words that otherwise would have been pestering me inside my head. Also making me very cranky. If I were a runner I would feel this way if I’d been locked inside an office for months on end while the weather was sixty-two degrees and zero humidity (62 and nada). I am not a runner. But if being cranky when you are deprived of an activity defines you, then I am a writer. And all kinds of beautiful and sad and funny things have been going on outside my window and I’ve been stuck inside churning out tasks instead of words.

I’m not promising you’ll see all the fruits of this discipline in this space. (Go ahead, you can breathe a sigh of relief. I can’t see you anyway.) But perhaps you’ll see one or two little gems that pop up to the top of all this word-churning. Apparently it’s a numbers game.

A few people who inspire me toward greater discipline... 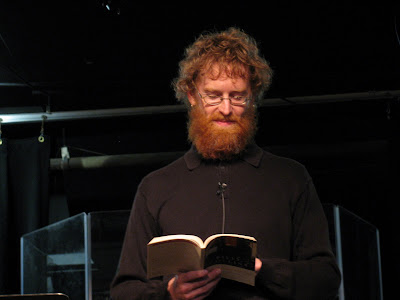 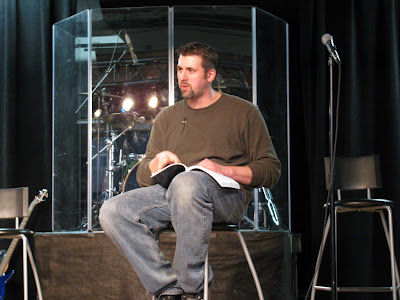 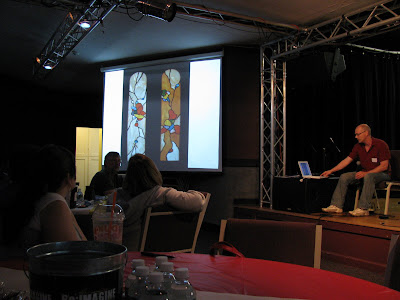 Andy churns out stuff he makes with his hands instead of words. He told us that he thinks only one or two things he's ever made qualify as great. But all the churning got him there.