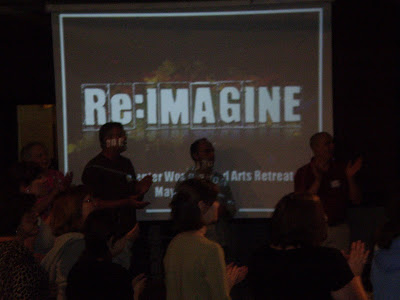 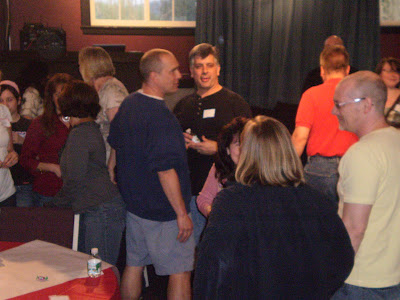 It occurred to me Friday night as we were doing the all-too-familiar scurry of trying to fit in all we wanted to say and do within the time we had available that almost all the time we spend together is dictated by clock-watching. Do we have the extra thirty seconds to sing the chorus one more time, can we keep that extra paragraph of dialogue without losing the audience, how can we keep our conversations brief enough to send everyone home before they are exhausted? To not sweat the minutes, to know that the childcare workers were getting paid for chasing toddlers an extra half-hour, to have a full, thought-out conversation that didn’t take place between services – ahhhhh, rest.

Not necessarily the kick-back with a tall one kind of rest so much – although the continual array of food being paraded in and out of the room by our very own personal chefs (one of whom I have the privilege of sleeping with every night) was delicious and we did manage to celebrate the official end of the retreat with shots all around at the Murphy house. Mostly though we rested by having new conversations and reimagining old ones. We got to know the names and a story or two of faces we’d previously only seen from across the sanctuary. 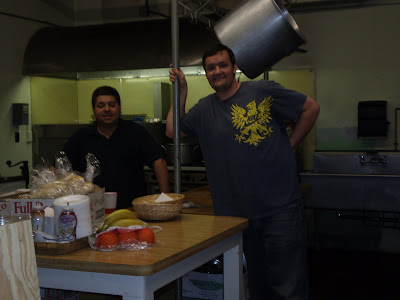 And the stories were good. David told stories about his lemon tree and about a homeless man he met one Sunday and about the disciplines of his artist friend Jim Jangnegt. Phaedra told stories about facing her fears in the studio, dancing angels and wistful deer with enormous ears. We confided stories in our small groups around the tables. We discovered hidden stories walking around in unknown artists. That Beau and Lael stayed at the table even though they’d rather sometimes sleep in on Sundays. That Andy isn’t sure he needs people, thinks we might as well ask him to tap dance in church every Sunday morning and that he makes art when he is in pain. That Kevin sacrifices sleep so he can write, work, go to school and still play with his kids. 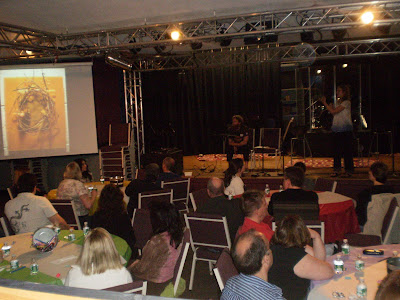 Speaking of play, we did some of that too. Ping-pong, fooseball, acoustic guitar, Rachmoninoff, Flatlander and that other -- er, memorable? -- movie clip. After the official retreat (and the ensuing whiskey shots) we played farcle and Apples to Apples. Might I add, we played the latter two rather fiercely. 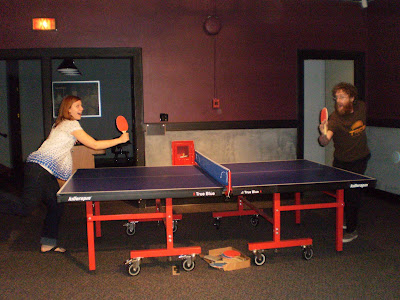 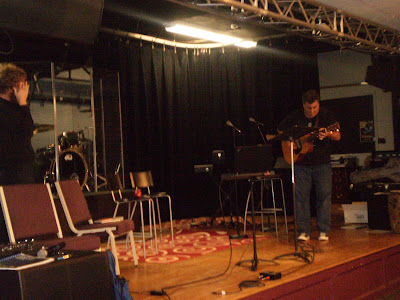 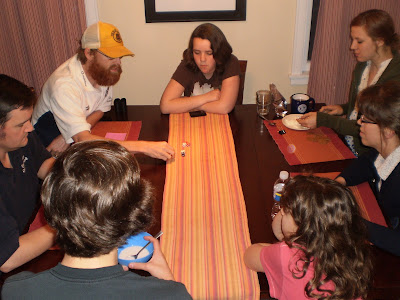 But mostly, mostly we talked. We talked about things that we hoped for and things we we weren't sure about. We talked about ideas and dreams and ambitions that had been long-buried under the busyness of life, jobs, ministry. We talked about art we'd like to make, forgiveness we needed to give, disciplines we planned to learn and books we wanted to read. We talked in stories, songs and prayers. We talked during small group discussions around dining room tables and over big pizza pies. We asked each other questions, set goals, gave and received blessings. We called each other up and asked our Creator God to get glory for His name. 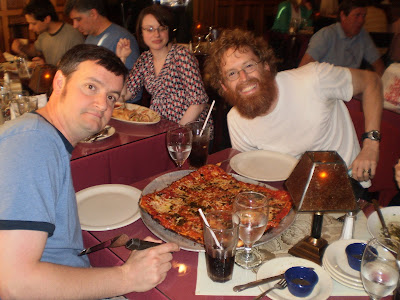 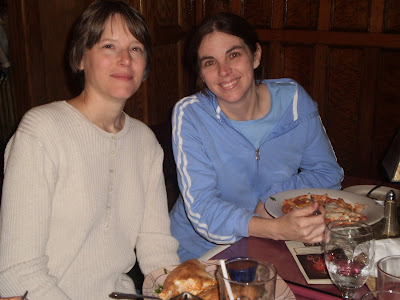 And now I give thanks. I give thanks to our Father for answering our need for rest, reconnection and renewed imagination for the arts at Union Center Christian Church. I give thanks for my fellow artists and friends who took the risk of being challenged to think differently about art and themselves as artists. I am thankful for our church leaders who initiated the idea for this retreat and who served us and spent time with us over the weekend. And I am forever grateful to know, learn from and befriend David and Phaedra Taylor. It's one of those providential gifts of Christ's community so beyond my hopes or expectations I find myself wrestling with the desire to trap all it's goodness down into a glass-jar like a June glowbug. More than once this past weekend I had to ask my beautiful husband to pray for me to be able to know how to receive good gifts with open hands. Grateful for each moment of glittering light my Father sends my way until we are able to bask -- uninterrupted and undistracted -- in the communion of saints around the throne of His Son. 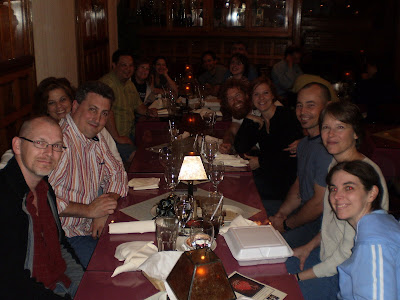 Until then may we live as fully alive men and women bringing glory to our God.
at 7:49 AM