did you ever walk into a room and forgot why you walked there in the first place?

It's been so long since I've really written anything for this blog I'm not sure I remember how.  I think I've lost my way in the blogosphere -- not really sure what I'm trying to say and for whom I'm trying to say it. It could be that the tagline transformed at the feet of Jesus doesn't seem to fit me anymore.  That's a shame, too, because my new blogging friend Sharon just helped me create it.  Maybe she could re-create it to say One Step Forward, Three Steps Back? Or, Musings From Someone Who Was Trying Real Hard.

Yes, there's some nasty self-pity oozing through these lame attempts at humor, but I'm not really making this stuff up.  It's all been recorded -- with photos and inspiring quotations galore.  A person not being transformed at the feet of Jesus seems to be the verity -- veritas?  Aw, forget it; it's the freaking cold, hard truth.  I've lost way more than I've gained this year.

Unless you're talking about weight.  That I've lost and then gained, each and every unloved pound and inch has come home to roost again.  I spent the first half of the year taking it off and the second half discovering it in all the same old familiar places.  I spared you the posts about that part though.

Lost and gained works for this year's relationships too.  If I was in the mood to be a glass-half-full kind of girl right now, I could regale you with chummy girlfriend stories.  I have plenty of them from the year - the whole gamut of laughing until you cry and crying until you laugh.  Walking together, venting together, cooking together, road tripping together, dancing and singing together.  I am grateful and blessed, really I am.

But this was also the year that crushed my spirit in relationships more than any other in recent memory.  In 2006 -- a similar kind of year -- I attempted elegant honesty; veritas, if you will.  In 2009 I just didn't have the heart to wrap it up in words.  I'm not making this stuff up; I could have been Shakespeare's muse, what with all the back stabbings, false accusations, false reconciliations.  And his words would just be putting a pretty bow on the soul-sucking truth of it all.  Does anyone know if Ira Glass is looking for a muse?

Or maybe the worst thing is that I was Trying. So.  Hard.  I mean I thought I heard God ask me to speak up -- in love, of course-- to get the elephants out of the room.  To be emotionally honest.  I come from a long line of emotional charlatans.  This was transformation indeed!  And I'm not making this stuff up; every nine out of ten attempts to live as one who is emotionally honest kicked me in the ass so hard I ran out of air. Or words to write about it.

You know the worst thing? Before I ran out of them, the first words I told to my friends and family ended up looking like a giant Mission Accomplished banner.

I made commitments to study the disciplines and write my learnings.  Fail.  I told people I'd write 250 words a day just to get words on paper. Fail.  I started cutesy weekly post titles that I gave up three-quarters of the way through the year when I stopped having the energy to process what I was reading or watching or listening.  Maybe there was something evil in the water long about October?

You'll have to forgive me if I write in cynical voice.  Finding my voice is not a new problem for me. That first year I started coming here I spent a lot of time trying to figure out a blogging voice -- do I refer to my children and husband by name or with secret-decoder initials?  What about my own name?  It must have been at least a full year (or was it?) that all my blogging friends referred to me lovingly as LP.  Now you look at my profile and it's all out there for the scary world to see.

I got to thinking it might help my current disorientation with taglines and voices and such to take a look back. Seems fitting on December 31 of any year, don't you think?

That first year of posting started with my thoughts about the Sermon on the Mount in response to this book.  And then all the words melted into the muddy floodwaters that devastated our little hometown.

Also that year I discovered Derek Webb and Robert Webber, Donald Miller and U2's Vertigo tour.  Rediscovered the deep magic of Jane Eyre and C.S. Lewis. Also Brennan Manning.  And, if you read between the lines, you'd hear me trying to make sense of the almost-unbearable pain of a broken friendship. And the first adult-like wrestling with a childhood trauma.  Also the aftermath of guilt and bitterness associated with one of the worst crimes I'd ever committed against my beautiful husband.  I tried my hand at my first posted book review and mentioned, kind of in passing, that I'd been somewhat wrecked by Hotel Rwanda.

2006 is not only the year I began blogging but it is also the year I directed the first annual art show at Union Center.  The theme was Broken.  It sums up 2006 quite well, I'm thinking.

In the first month of 2007, I stumbled into a conversation that is still continuing today, summed up in the cheeky title "Liturgy, High Church and You".  I was so certain the conversation would be brief and the discussion brisk, I could afford the flippant title.  Truth is, I'm still waiting for a response to that post.  (In fact I think the flowchart of the number of comments per page dipped drastically -- and irreversibly -- after that post.)

Another foreshadowing a couple of weeks later with my first-ever link to this guy.  If God can order the affairs of rulers and nations, do you think He can direct my google search?  I don't think, I know.

My first -- somewhat lacking -- attempt at promoting new music was on March 20 with this post.  I tried to pass along the wonders discovered in my mounting book pile.  Especially the ones that turned my reading world upside down. And then there was the time I listened to my first album from Over the Rhine.  Really, a momentous year all the way around.

In April, Brian wrote his first guest post and -- for a few sentences -- we grieved the killings at VA Tech.  But it wasn't  until May that I first uttered the now-repeated phrase,  Death is a violent visitor, after watching my husband say goodbye to his father in a crowded, lonely hospital room.

Books, movies and music that formed and informed me became more profound as the year progressed: from Art & Fear to Elie Wiesel to Annie Dillard to the book of Romans.  In 2007 I read a book that made me feel like I'd never read a book before. And one more  for good measure.

I basked in the courageous art-making of my children.
Still fought the memory of broken relationship
Attempted first critical review of a piece of culture - Leonard Cohen's Hallelujah -- although, I'm not sure anyone got me.
Coordinated the second annual art show with a very starry-eyed theme.  Started the most romantic of traditions Brian and I have ever had. And prepared our house to move.


In all a year of gain, I'm thinking.  And a year I seemed like I knew why I was blogging.


In 2008 I discovered that all that glitters on amazon.com is not gold
and then accidentally stumbled into true movie and music perfection
went ga-ga over a rainbow
hoped for healing and then grieved a dying man
met God in The Notebook, of all places, (and the crayon drawing of a three-year-old)
and suffered in waiting
until horse-bee-angel people came to our rescue
began this codependent relationship
riffed on Rob Bell and unsuspectingly wrote the post that was to become my most visited page...to this day
got ruined for the ordinary in Austin and upped the ante for the third art show (lost treasured friendships on that one)
there was anguish
also more beautiful discoveries of art, music and movies-- PhaedraJean ArtMachine, Sufjan Stevens and the documentary.


In 2008 I had no confusion about what I was doing here.  It seemed just normal, ordinary, logical to end the year celebrating creators and cultivators. As if my words of celebration and critique and affirmation mattered.


Not much is making sense to me in 2009.  If that veritas were limited to just this silly little blog, no big deal, right?


In the time it's taken me to write this post 2009 has disappeared.  Woosh -- just like that, a whole year gone.  A whole decade, really.  Maybe I should just take a cue from a friend's facebook status: 2009 almost gone.  Good riddance!  and just keep showing up here in 2010. Maybe I won't even write words but just keep looking at the picture on the banner of the top of the page. The closest hint I own of what God imagined when He formed me in my mother's womb. Maybe one of these days something will click and I'll get some vision back.


I'll remember why I started coming here in the first place.

I must have one. I'm pretty sure God did not forget.

What I can't figure out is the sound and shape of it.

Perhaps it's squashed and sullen like a cuss. Or hollow and pleasant like a bank teller or a receptionist.

I'm not particularly impressed with any of these options. And I'm jealous of (almost) all of them.

Mostly I'd like to know the voice when it comes up from my chest and over my tongue. I'd like to be able to recognize it as my own.

Connected to the truth stitched into the core of me.

I am so homesick for the taste of it. I've forgotten what it sounds like. 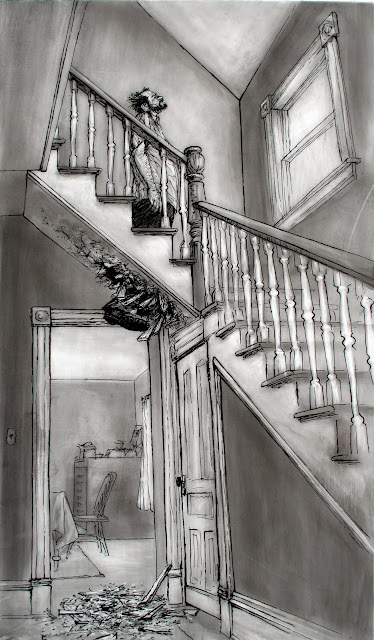