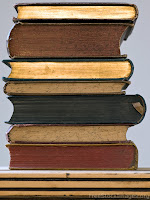 When I first started this blog in 2006 (is it possible that this April marked my fifth anniversary of blogging?!?) one of my goals was to nurture a forum that kept me accountable for the cultural goods I consume.  Of course, I didn't really know then to articulate the goal in those terms.  The truth dawns gradually: as in in worship so as in culture -- I did not make it, but it is making me.

General Impression:  Even thought I've met Luci Shaw in person, she does not know me.  Even if I'd never sat five feet away from her, crying from the words she shared, I'd know we were kindred spirits.  Even if I hadn't read her non-fiction work encouraging artists, Breath for the Bones: Art, Imagination and Spirit: A Reflection on Creativity

, I'd have learned her lessons to the next generation.

I'd know all of this from her poems.

And that's before I'd even read a single book of her poetry.  I knew all that from the few random poems gathered in various articles, collections and anthologies I'd read.  I figured it was about time I actually read a book of her poetry.  And why not start near the beginning?  Well, not quite the beginning since this is actually her second published book of poetry.  But it's the first one I could find on paperbackswap.com

Maybe we wouldn't actually be bosom friends if the opportunity arose, maybe it's just the mark of a good poet that I read her words and think: "Yes, I feel the same way when I read the gospel stories about Jesus!"  or "I thought I was the only one who notices the life-giving happening when a forest is transformed into a house!"  Even better are the times I think:  "I always wanted to say that, but never thought I had permission."

I've finished this book, but I'll never be done reading it.
Favorite (short) poem from this book:

General Impression:  This title sat on my to-read list for years before I finally found a copy I could swap for online.  I've been reading it a few pages at a time during my cardio workouts on the gym and commercial breaks of the Yankees games on the gym television.

I only mention this information because it's possible that negatively-impacted my enjoyment of Percy's story.  As it turns out, I'm sort of more fond of the story of the author than I am of his infamous character Binx Bolling in this National Book Award-winning novel.  Or maybe it's just that I don't have much patience for wishy-washy wanderers?

There's not question, though, the merits of Percy's writing.  I saw, felt, heard and smelled the French Quarter.  I was drawn into the post-Korean war era, as well as the main character's tension between malaise and thrill.  One Times reviewer describes the "feel" of the story this way: “The Moviegoer” is a kind of jazz riff, for meditative voice instead of saxophone. It’s very French Quarter in that way: languid, semi-depressed, and sexy. Binx’s self-deprecating, subtly barbed humor and his ironic aping of the suave Hollywood lead’s persona make him feel and sound like a kind of Southern, literary Jack Kennedy, a Louisiana Camus. No doubt this is some version of Walker Percy’s own idealized image of manhood, and of himself."

"For the past four years now I have been living uneventfully in Gentilly, a middle class suburb of new Orleans. Except for the banana plants in th patios and the curlicues of iron on the Walgreen drugstore one would never guess it was part of new Orleans. Most of the houses are either old-style California bungalows or new-style Daytona cottages. But this is what like about it. I can't stand the old world atmosphere of the French Quarter or the genteel charm of the Garden District. I lived in the Quarter for two years, but in the end I got tired of Birmingham businessmen smirking around Bourbon Street and the homosexuals and patio connoisseurs on Royal Street. My uncle and aunt live in a gracious house in the Garden District and are very kind to me. But whenever I try to live there, I find myself first in a rage during which I develop strong opinions on a variety of subjects and write letters to editors, then in a depression during which I lie rigid as a stick for hours staring straight up at the plaster medallion in the ceiling of my bedroom."


One of my favorite descriptive paragraphs:

"The boards of the dock, warming in the sun, begin to give off a piney-winey smell. The last tendril of ground fog burns away, leaving the water black as tea. The tree is solitary and mournful, a poor thing after all. Across the bayou the egret humps over, as peaked and disheveled as a buzzard."