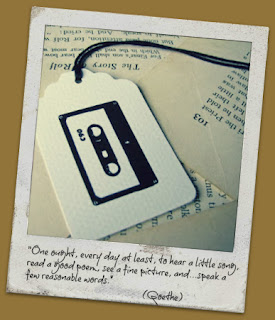 Each week, usually on Monday, I compile a metaphorical mixtape, a few "tracks" of art I can't wait to share with you.  It might help you to know that tracks are loosely related by theme and very much influenced by whim.


This week I've curated for you a collection of projects my creative friends have been cultivating.  Their commitment to making new work inspires me to make new work.  I hope you'll feel the same.

I offer you this week's mixtape. Won't you take off your shoes and stay awhile?

giclee print of an original encaustic painting
I love seeing all of the new prints Phaedra is stocking at The Ambrosium, her lovely Etsy shop.  Each  8.5 x 11 giclee print of an encaustic painting is $19.50 and printed with archival ink on acid free, 100% cotton rag.
Phaedra's work at The Ambrosium features Celtic crosses and liturgical art.  We own several pieces of Phaedra's artwork, including this Scripture Bird Print with Small Celtic Cross.  I've framed it and hung it over my writing desk so that I might have beautiful images to capture my daydreaming attention each day.

If the Reverand and Mrs. Aiuto (eye-you-toe) were to walk into my house right now they wouldn't know me, so including them in this week's mixtape is a bit of a stretch.  It is true, though, that when you spend a weekend together at a Laity Lodge retreat you feel like you're forever friends.  Plus, I'm too excited about their new album release to wait another week to share it with you here.

Listen through and see if they don't win you over also.  Keep in mind that unlike their first album, Welcome to the Welcome Wagon, that was produced with Sufjan Stevens over eight years, Precious Remedies... was recorded over five days in the library of an abandoned Brooklyn rectory.  Also, keep in mind that Monique and Vito only began playing and singing pretty much anything a few short years before their first album.  Their songs -- from the triumphant Lo He Comes With Clouds Descending to the lament of Rice and Beans -- are made with love.

For all my musician friends, reading this post check out the work that worship director Bruce Benedict makes available at Cardiphonia to transpose The Welcome Wagon's songs into chord charts, leadsheets and mp3 demos.  Bruce adds his pastoral perspective for the liturgical possibilities for the songs, as well.   Although, I did notice that Rice and Beans didn't make the liturgical cut?

I'm pretty sure this is the first time I've included a board game on a Monday Mixtape post, and I'm totally excited my friend Brett's ingenious invention gets that coveted first-time slot.  Now, I haven't played this game yet myself, but most of my nerdy game-playing friends in New York have and I've been hearing about it all over facebook.  If only we could host a Bulrup dinner party here in Austin.

One of the things I love most about this project is that Brett accomplished something most of us have dreamed about at one time or another -- making up our own game with our own rules and sharing it with our friends.  If you love games, gardening, mystical creatures or just plain old encouraging creative endeavors, get on the Kickstarter page and pick a pledge level to back the project.

Once upon a time, five guys released two albums as the band Where's Ulysses.  Not much later two of the guys moved to Austin, TX leaving the band to re-imagine themselves.  Not much longer after that the band Atlas Arrows was born.  Now Atlas Arrows is making their first album and they're raising money for recording.  It's been fun to watch them reach their Kickstarter goal, but I'm pretty sure they'd take more backers.  Listen to their EP  and then go to their Kickstarter page and pre-order an album or select another pledge level to back the project.

Just had to post this photo.  It's my favorite from Andrew's last trip to NYC.  There's a whole story going on here that pretty much fascinates me.  And you?

"If there is a constructive way forward for Christians in the midst of our broken but also beautiful cultures, it will require us to recover these two biblical postures of cultivation and creation."
-- Andy Crouch, Culture Making: Recovering Our Creative Calling

Before I go, I should tell you that I love to hear what poems, pictures, songs and reasonable words you are enjoying.  Please do stop by the comment box and share a bit with me.