It's been more than two months since I've written a Quick Takes post.  It was fun to pause to enjoy the weekly Practice Resurrection photo stories and, now, it's good to be back!  A few things we've been up to since then... 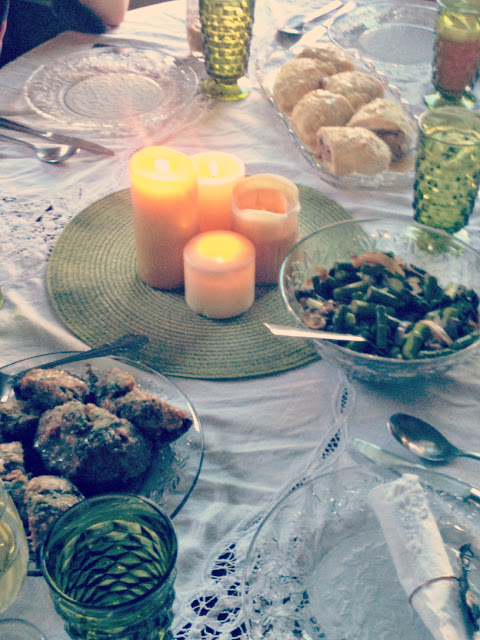 Mother's Day was lovely; my kids got me a gift card for a chic coffee shop downtown, drove me there so I wouldn't even have to worry about parking, left me there for several blissful hours while they were home preparing a feast. Andrew's job at a meat market comes in so handy for family gatherings:  chicken cordon bleue and steaks he cut, seasoned and grilled.  Delicious.

They also bought me a little fire pit and we tried to sit in the backyard with it but the wind kept blowing smoke in our faces and, well, it was sort of hot.  I'm looking forward to using it in the fall and winter this year on our new back patio. 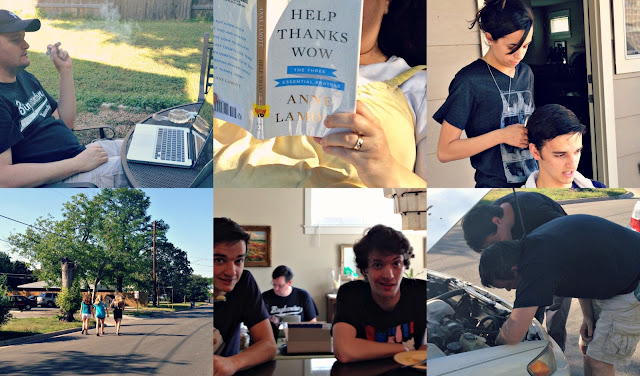 Mother's Day fell the weekend before we packed up the Roosevelt house.  Saturday of that weekend was one of the best days we've ever had together in Austin.  For one day we were all feeling at peace together.  Alex was home for the weekend.  Andrew had the weekend off from work.  Brian had to edit a paper but, still, he was home with us!  I made pancakes for brunch, we read, hung out in the yard, Alex's girlfriend gave both guys an excellent haircut on the back patio, Natalie and her girlfriends walked together to a deli a few blocks away, Brian and Andrew worked together on his car.  Just a great family Saturday.  Exquisite rest.

The weekend before moving into our new place we helped our son move out of his dorm in Houston to the apartment he'll be sharing with two other guys for the next year.  Other than a dead van battery, searing heat and this shocking discovery in Alex's suitcase we had a good time.  I guess a mom could discover worse things in her college son's room, right? 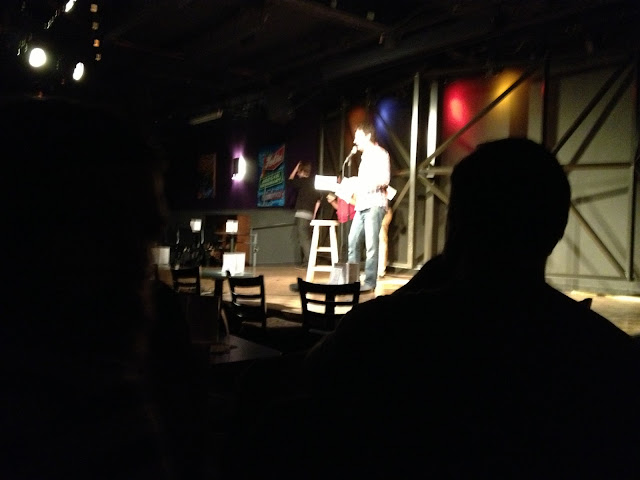 We did the nervous parents in the audience thing for our oldest son's participation in the annual Funniest Person in Austin competition.  He made it through the preliminary round to the semi-finals; I confess to a bit of whooping and hollering when his name was called as one of the three people from his night to move forward.  Have you ever been to a stand-up comedy show?  These people have to be the most vulnerable performers out there; nothing but them and a mic on a stage.  No instrument or bandmates to hide behind, no props, scripts or video montage.  Just them and their jokes.

Terrifying.  Needless to say, we're so impressed with his courage.  He figures he's participated in 150 open mic nights and other stand-up events in the past year.  That's a lot of hard work.  I asked him to write up a post for us telling us some of what he's learned in the last year and hope to share it with you all on the blog next week.  I've seen the rough draft and it's good stuff.


The girls finished up a very successful school year -- thanks be to God!  I'm so proud of how far they've come in the almost two years we've lived in Austin.  There've been many days I wasn't sure we were going to make it!  Love these amazing young women. 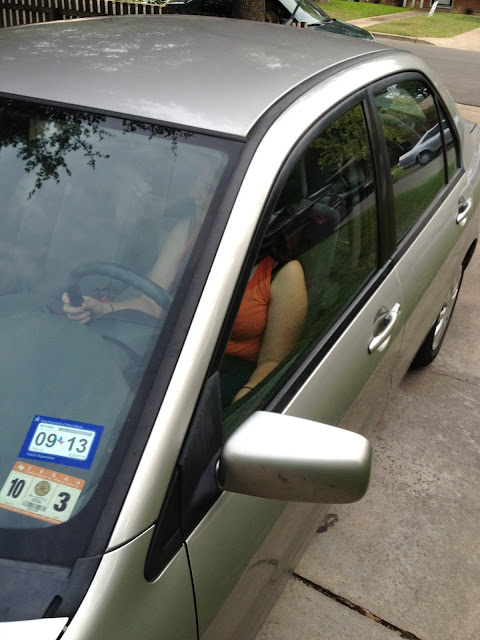 Also, Kendra got her driver's license.  The whole process took her at least a year longer than she would have liked but we had to (almost literally) donate an organ to jump through all the red tape Texas DPS required of us to get her road test.  I'm not kidding when I say that I thought one or both Brian and I would end up in the hospital with a stroke trying to navigate the system.  Night. Mare.

BUT -- it's behind us now and this girl wasted no time grabbing the keys and driving away from us.  This scene right here is the real reasons mothers pray.  Lord, have mercy.


--- 6 ---
Sharing some great links from around the internet this week:

Mr. Putter: My Kind of Writer by Bradford Winters at the Good Letters blog -- a fun reminder that writing takes, well, writing.

Watch the Civil Wars' In-Studio Video for "The One That Got Away":  It's good to hear new music from these two and I love the footage from Charlie Peacock and Andi Ashworth's Art House!

Knowing Christ Conference with Dallas Willard and John Ortberg from February 2013:  I found this site linked in one of the articles I read following the sad news of Dallas Willard's death.  I've listened to each session of the conference while I've been packing and unpacking my house.  I have needed desperately to hear these sorts of words at this time in my life.  Knowing now that Dallas was speaking from great illness and near death adds great weight to his already profound influence on the Church.


And we also bless thy holy Name for all thy servants departed this life in thy faith and fear; beseeching thee to give us grace so to follow their good examples, that with them we may be partakers of they heavenly kingdom.  Amen. (BCP, 1552) 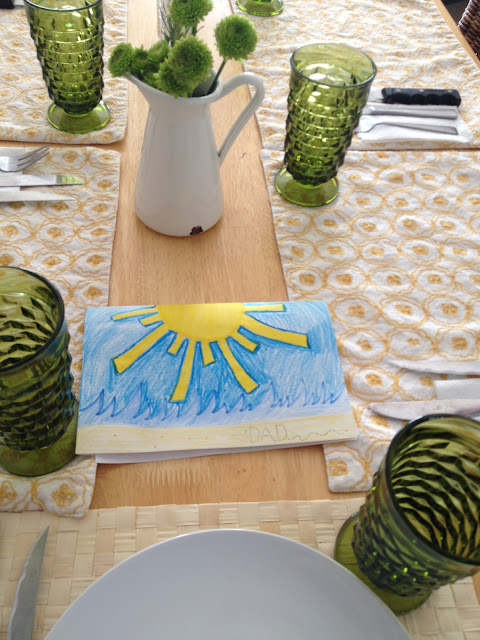 And then we celebrated Father's Day and Brian's birthday, three days apart this year.  I love watching the kids bless their Dad.  Also, if you missed it, I wrote this poem for Brian to celebrate another year of life:  A Poem For My Husband On His Forty-Third Birthday


A beauty and grace-filled weekend for us all, dear ones.