Otherwise I'd be showing you some sweet photos of how our new digs are shaping up quite nicely.  I'd definitely include a photo of the two sweet shipping guys who brought my great-grandmother's bookcase all the way from New York to Texas and then carried it gingerly into our front room in 106 degrees of Texas heat.

I'd show you how the shelves are only partially filled because I so much want to make it look just right.

I'd show you the turquoise pleather love seat I found on the curb a few blocks from our house.  I've learned to double check my dumpster diving ideas by my family so -- God bless them -- my son Alex and his girlfriend Rebekah dropped everything, hopped in her car and met me curbside to inspect the potential furniture acquisition   Not only that BUT after giving a hearty thumbs-up they loaded the couch into the back of my van, unloaded it onto our front yard, cleared boxes out of the way in our front room so it'd have a place to live AND helped Brian detail clean it so we'd feel OK putting someone else's garbage in our living room.

And, friends, it looks pretty great sitting there next to my great-grandma's glass-cabinet book case and the gorgeous art my New York friends bought us a farewell gift two summers ago.

Even with all that, the absolute highlight of the whole thing was Rebekah's response to my sheepish comment on the side of the road:  "Thank you for not being too embarrassed to help me pick garbage."

And do you know what she said?

"No, it's great.  I've done the same thing.  I just picked up a chair and re-finished it a few weeks ago."


--- 3 ---
This is what the painting by our friend Andy Palmer looked like in our last house. 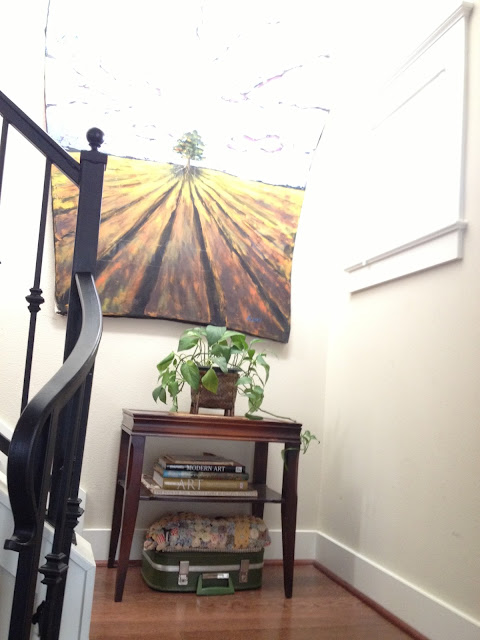 This is what the painting looked like two houses ago.  Next week, hopefully, I'll be able to show you what it looks like in this house. 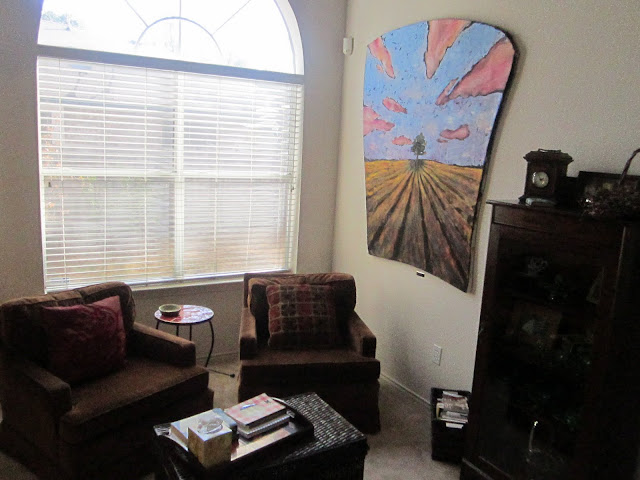 It's the gift that keeps on giving.

--- 4 ---
Some of what I've been reading online {the controversial topic edition, it seems}

--- 5 ---
Two exciting and totally non-controversial links. One from a fictional Jason and one from a real-life Jason...

Jason and the Draconauts
by Paul D. Smith


My friend Paul wrote a book.  It's a good book.  Those of us who got to read the chapters as he wrote them felt really lucky to get the inside scoop on the story of the young Jason who meets a fantastical creature.  Lots of us thought he should publish the book and now we're trying to help him get the money to do that.  Want to join us?

--- 6 ---
My friend Jason Harrod wrote, recorded, produced and is now marketing his new album, Highliner, via his Kickstarter supporters.  You can pre-order the album now.

Also, read this great write-up at Paste magazine and song premiere of "Moon Mission" from the album.  Download the song for free when you pre-order the album.


Brian and I were happy to give a tiny bit of support to this project and have the whole album in digital already.  Loving the sounds.  We're can't wait to buy Highliner on vinyl for our new-to-us turntable.

The highlights of the day for me:
1. Hanging out at Northwest Park pool where my daughter lifeguards. (She's pretty darn adorable, I must say but you'll have to take my word for it. Because, no camera.)
2. Listening to Alex & Kendra's impromptu and bombastic duet perfomrance of the Star Spangled Banner in our living room.  (Which they later repeated -- even more bombastically -- as we walked through the park after fireworks.  Guess they assumed Austin wanted an encore.)
3. Taking a nap for almost two hours while Brian watched the Yankees.

4.  Fireworks at Auditorium Shores on Lady Bird Lake, serenaded by the Austin Symphony.  Our first Fourth of July in Texas was just about perfect.  (Last year we were in New York and that was pretty good, too.)

A beauty and grace-filled weekend for us all, dear ones.