catching up with 7 quick -- and random -- takes (with photographs)

Cleaning up my photo files this afternoon.  My hope is to actually get photos printed in time to put Natalie's graduation album together throughout her upcoming senior year of high school INSTEAD of printing them and putting them in scrapbooks non-stop for the week leading up to her party.  Maybe the fourth's time the charm. 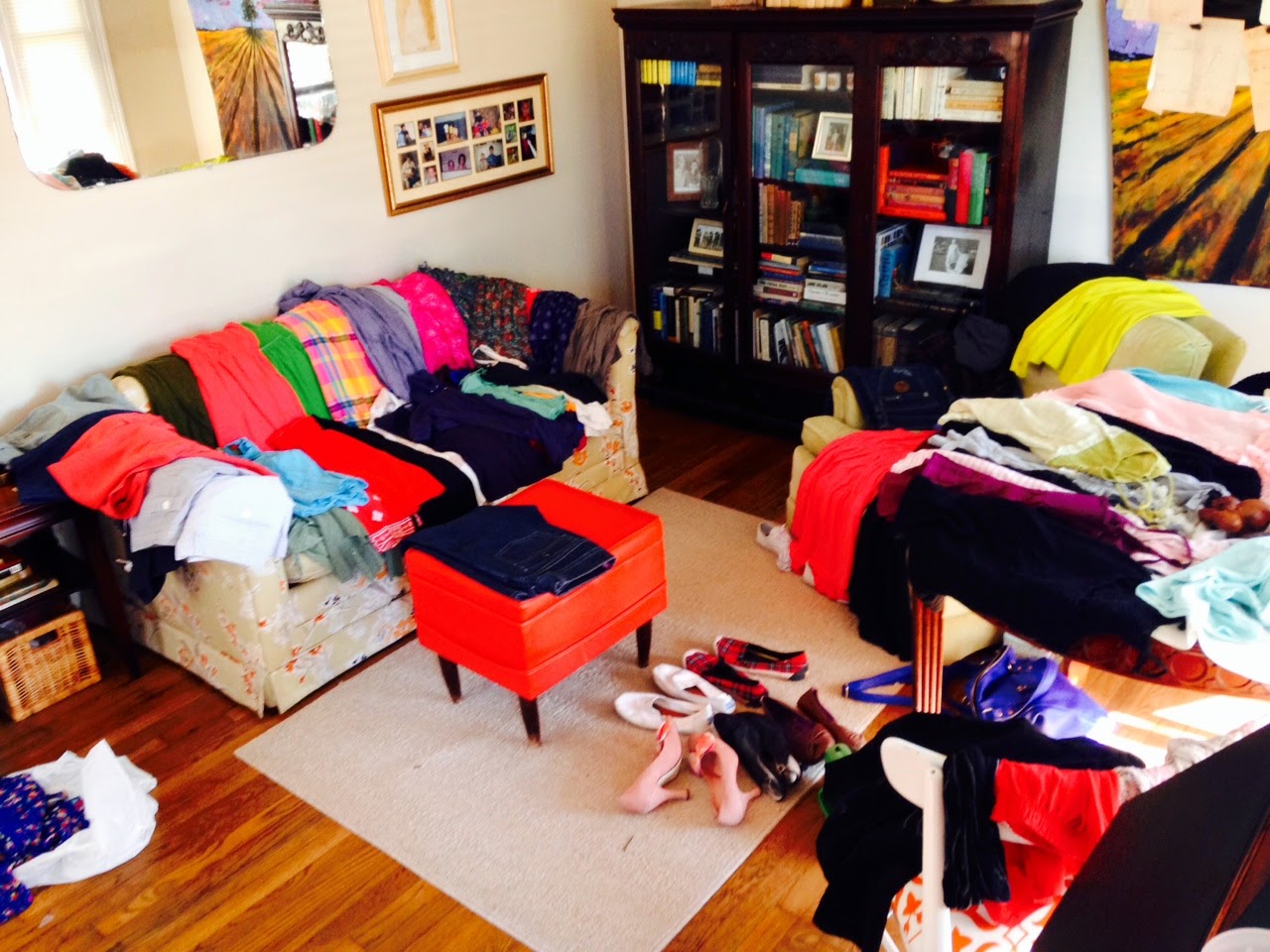 A few weeks back our dear friend Phaedra cleaned out her closets and thoughtfully imagined my daughters getting to look through her stash before sending it to Goodwill.  Oh, my.  They chased her down the Sunday she visited Austin and came home from church ahead of me to "prep" the living room for a fashion show.

You might think -- looking at the abundance of clothing in this photo -- that there would be no possible way for the girls to squabble over individual items.  You would be wrong, of course.  We had to resort to a time-honored tradition that our children created themselves as youngsters whenever taking turns or sharing toys became a problem.  They call it "drafting" -- after tossing a coin for first picks, they alternate back and forth choosing the item they would like.  There are hard and fast rules that no one questions.  In 2002 it was for stuffed animals or favorite action figures.  This Spring, it was for Phaedra's closet cast offs.

What brilliant children.  In an unexpected failure of the time-tested system, there is still one blouse that the girls are sharing joint custody.  Some weeks it lives here in a closet and other weeks at the University of North Texas.

--- 2 ---
One thing (of many) I re-learned during Lent is my almost-infantile reaction to self-denial.  I gave up certain food and beverages and activities and before long took most of them back up again.  And just to reward myself for even considering giving up something I love (red wine/evening bowl of popcorn with Brian) I added in a few treats here and there.  By Easter my body was convinced of it's mortality.  I guess that's the point of Lent, but didn't feel very holy.

In the brightness and hope of Eastertide, I begin again. 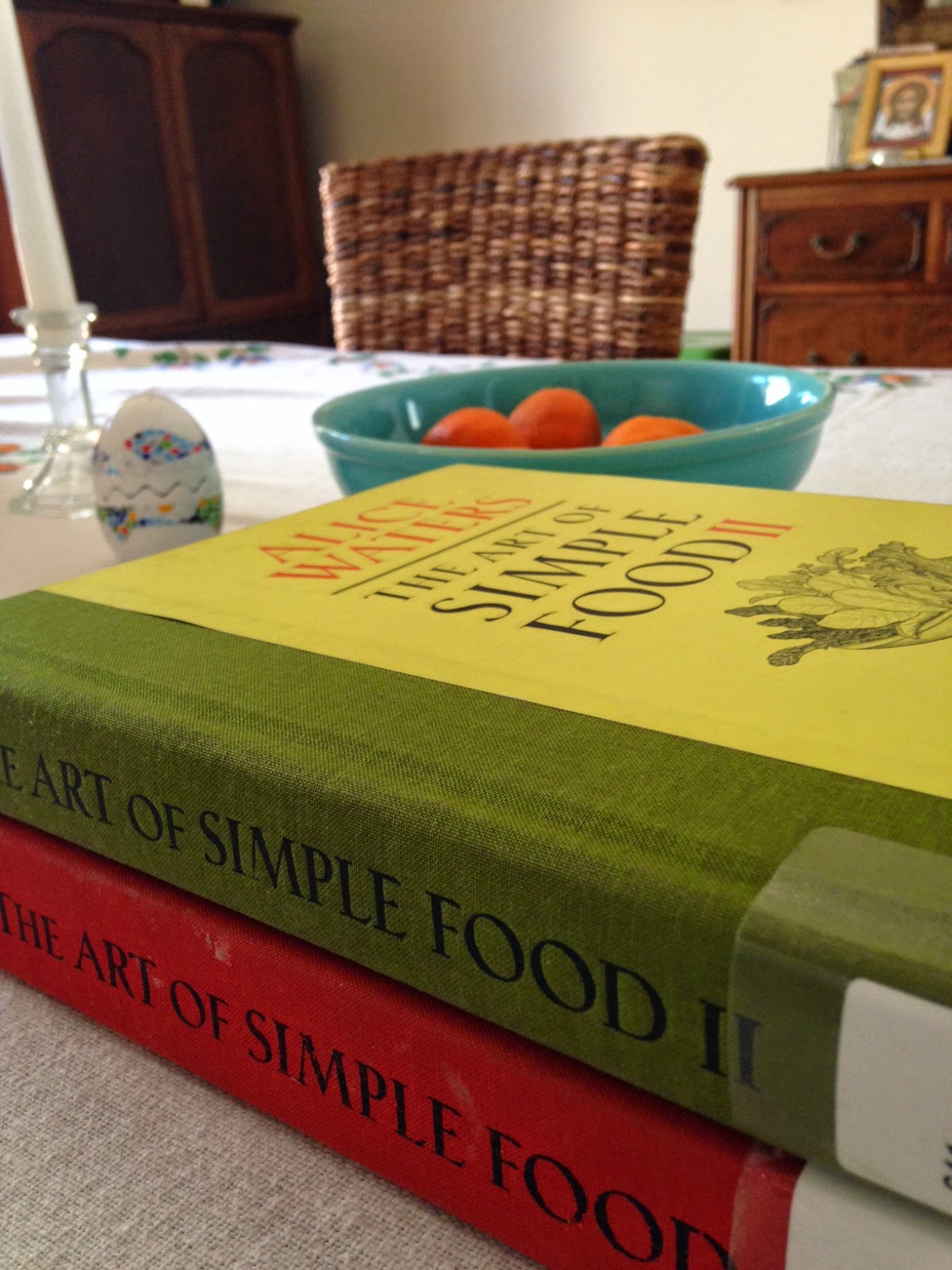 Have I mentioned that Brian and I spent almost a week in New Mexico at the end of March?  I'm not sure that I have.  Well we did.  The decision to make this trek presented itself the day of my 44th birthday (on March 9th) as Brian and I each tossed and turned with a stomach bug.  I may have been a teensy bit motivated in a similar fashion to the reasons I overate during Lent when I was, in fact, trying to fast.  Frankly, I was mad that we were sick when it was time to celebrate.  And that we'd been sick off and on for much of the year.

I also had it on good authority that our plans to get away in November to celebrate our twenty-fifth wedding anniversary might be in jeopardy with a scheduling conflict (not the sort we have much control over).  And, so, we decided that Right Now was the time to get away.

First I thought direct access to the Sea was required to salve my overburdened, slightly self-piteous soul.  Brian gamely went along with this idea -- from his side of the sick bed -- even though I recognize in hindsight he knew full well the math would eventually make itself known to me.  When you live in the middle of Texas, getting to the Sea requires airfare.  I'm a dreamer, he a pragmatist.

Thus, we began backtracking to driving distance.  People in Texas often travel to the mountains.  Somewhat dubiously, I concluded that mountains might possibly be as Grand as the Sea and began looking up locations for us to sleep in New Mexico.

Turns out that mountain views are pretty grand, indeed.  Unfortunately, Brian was sick (different sick than the birthday sick two weeks earlier), but we managed to still enjoy our time with a balance of exploring new places (Monastery of Christ in the Desert , for one) with simple, restful reading, cooking and hot tubbing.  We did attempt a game of dominoes at one point.  I thought about writing; Brian thought about studying.  Mostly, though, we just tried to notice the day and place together. 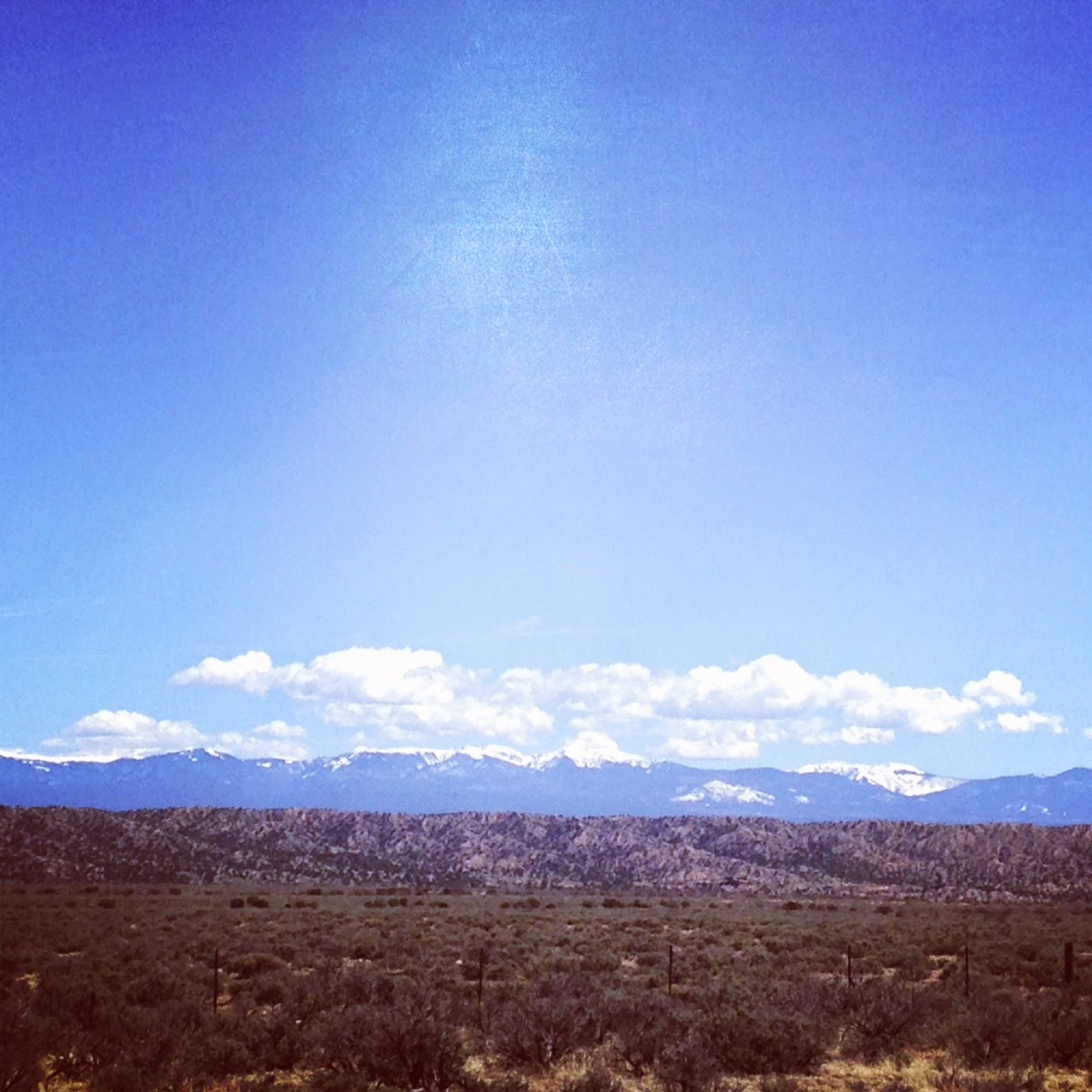 I'll blog more of this trip soon.  I promise.

Back at the birthday week: Did I mention the beautiful gift my Momma sent me?  It wasn't a surprise since I emailed her a few weeks before my birthday and asked her to pretty please give me this gift for my birthday like she did last year. 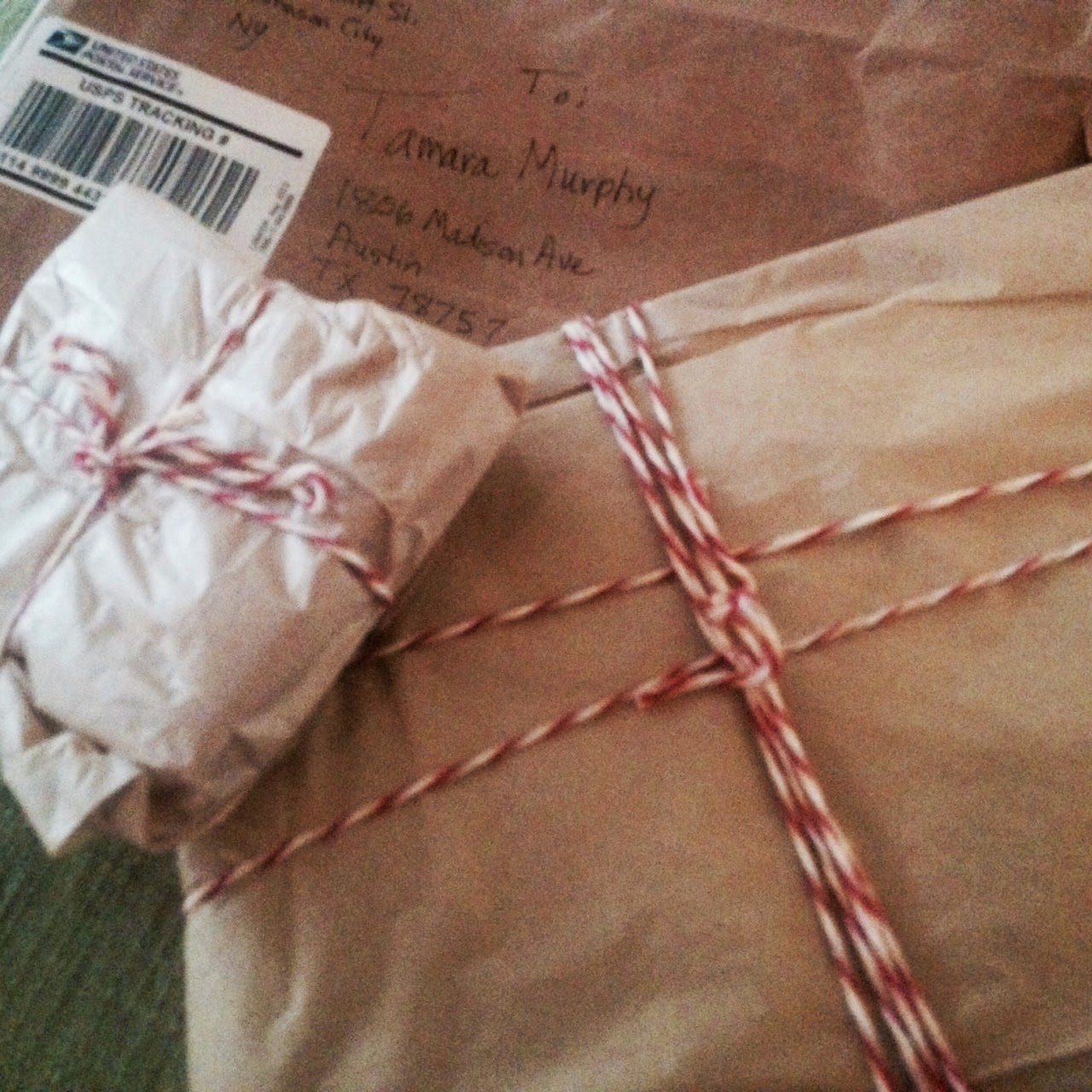 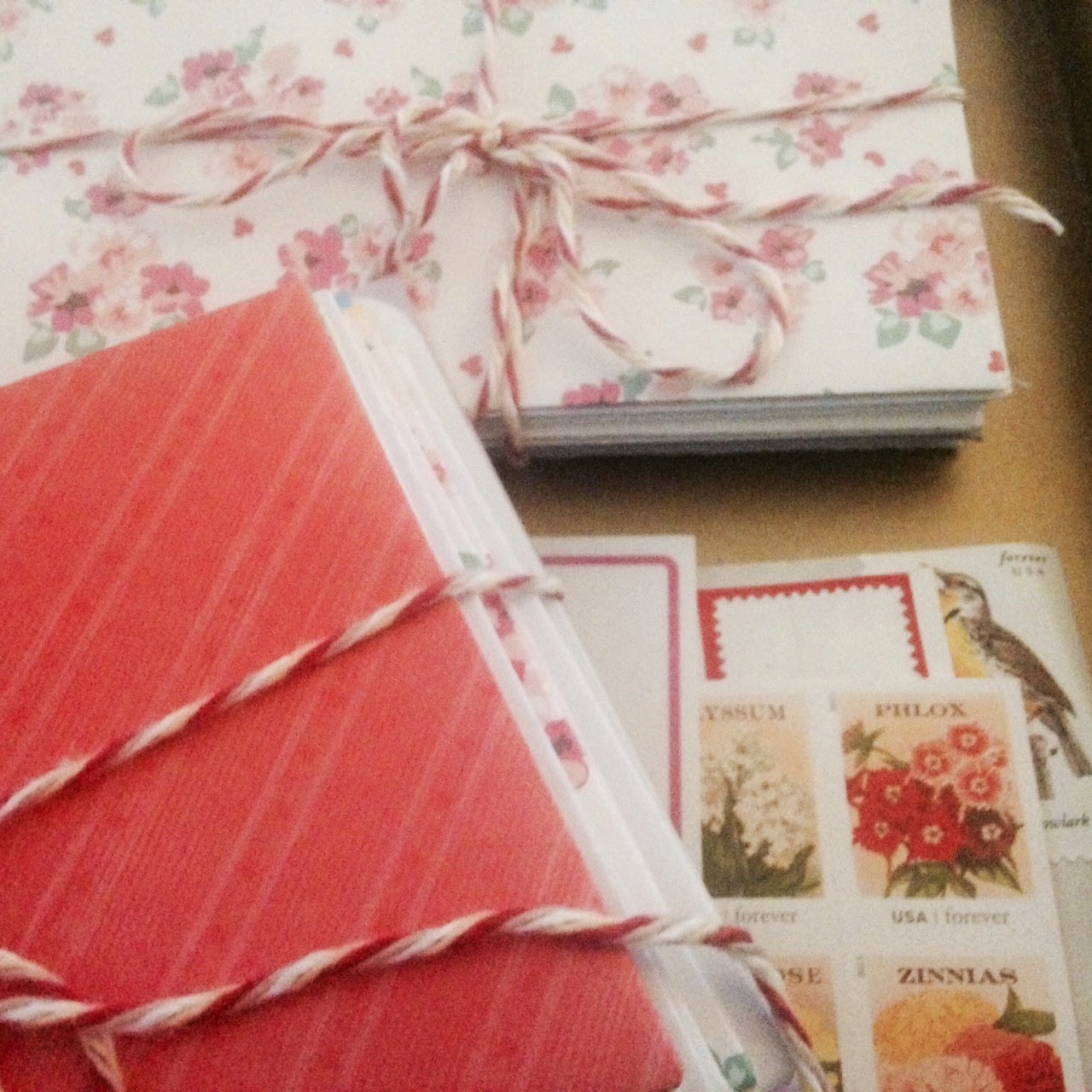 If you get a pretty card from me this year, it will be because my mother sent me hand-made stationary for my birthday.  I hope this tradition continues for a long, long time.

One snapshot of the March birthday girls, about 10 days after the fact since Kendra was home for Spring Break the week after her birthday.  Thankfully, by then we were all feeling much better. 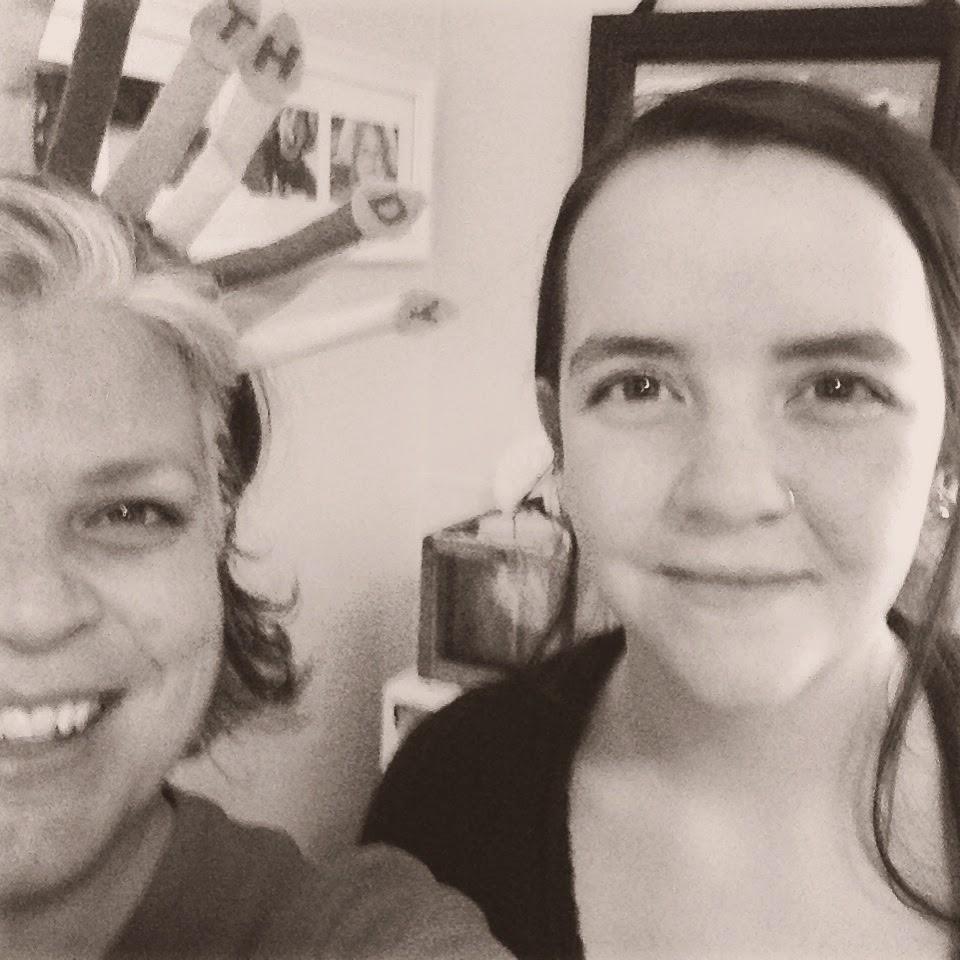 While I'm catching up here on my quick takes post (maybe I'll get to Easter Sunday next week?!?)  please join me in my weekly Eastertide blog series:  Easter Daybook (on Sundays) and Practice Resurrection Photo Stories on Mondays.  Join me as I keep looking for the Risen Christ every place I find myself. I'd love to hear how you are practicing resurrection during Eastertide.

Check out the #practiceresurrection2015 series and send us a photo story or two in these coming weeks, won't you? 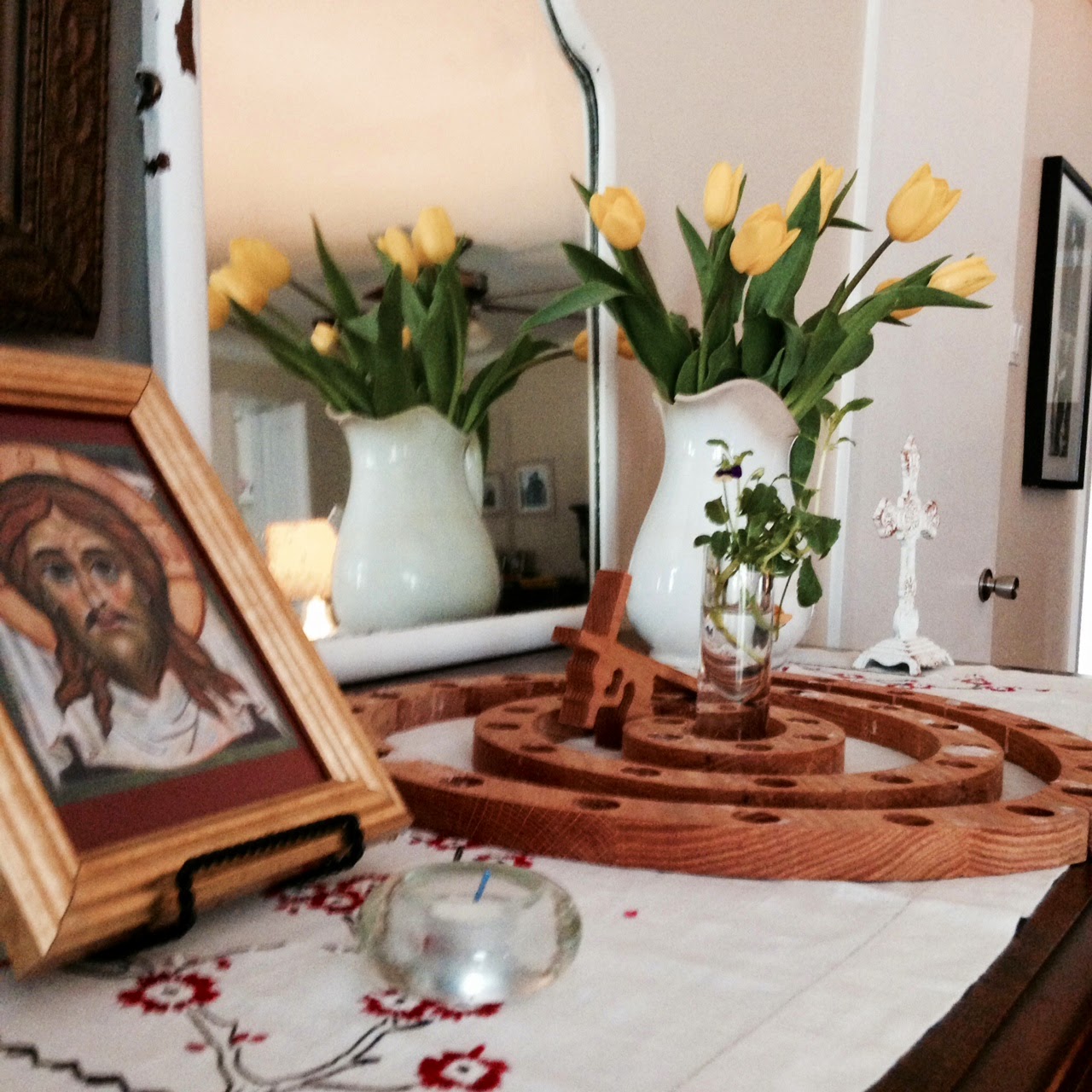