12 Days of Christmas: my favorite creators and cultivators in 2008

If there is a constructive way forward for Christians in the midst of our broken but also beautiful cultures, it will require us to recover these two biblical postures of cultivation and creation. -- Andy Crouch, Culture Making: Recovering Our Creative Calling

Both of these creators/cultivators are men I know little or not at all, both writers. I have not read much of what either has written. (although I look forward to doing that very soon). The reason I place them in my end of the year list, though, is because I have observed them both from a distance and have been inspired by their work ethic and discipline to their craft. Each works a "day job" while pursuing their own writing goals. Each works additional writing jobs to hone their craft and gain credibility. Each have submitted novels to publishers this year.

Jeffrey's blog updates several times a day and over the past year I have learned much from his perspective on culture...especially the world of film. In the coming year, I hope to read his book Through a Screen Darkly:Looking Closer at Beauty, Truth and Evil at the Movies. This past year I read his first novel Auralia's Colors and blogged about it here. I hope to read the next in the thread, Cyndere's Midnight, this year. And the third when it is published. And just as a piece of fun trivia I owe my love of Over the Rhine and Sam Phillips and to Jeffrey's consistent raving posts! 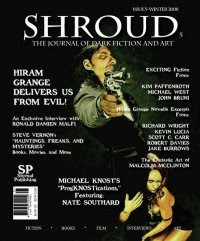 Kevin attends the same church that I do but I do not know him very well -- yet. I have watched his Facebook posts for the last year and consistently see his status updated at 3 AM (!) knowing that he is faithfully getting in a couple of hours writing each morning before heading out the door to teach English for the day and attend grad classes at night. And, oh yeah, he has a wife and two kiddos. Recently I sent him an email with a timid request for tips on starting to write seriously. He responded with immediate thoughtful advice and overwhelming encouragement. If I ever do make creative writing a discipline I will owe much gratitude to that reply in my inbox.

The daily labor of the artist's life as exemplified by both of these men is a model of discipline that I want to follow. And that is why I've included both of them in this list of my favorite creators and cultivators in 2008.


Godspeed to you both, Kevin and Jeffrey.

*updated note: I just read Overstreet's Christmas edition of his column, Through a Screen Darkly. I highly recommend it to you!
at 6:54 AM