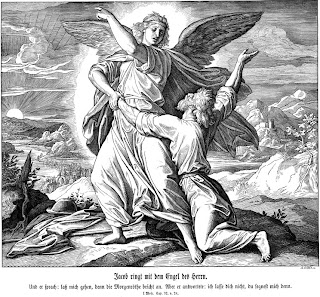 It's been sitting on my bookshelf for many years. Except for moving it from one shelf to another when we moved in May it's been untouched and forgotten.

When Brian was preparing a message for Thanksgiving services, he pulled it off the shelf to see what it had to say about gratitude. He began to read the Invocation and selected readings and I remembered why I enjoyed this book as a guide for the discipline of study, worship and prayer. Disciplines for the Inner Life by Michael Benson has been an excellent rescource for me in the past as I long for a spiritual formation that is deep and solid and real. I am thankful that Brian reminded me of this book as we headed into Advent. What better time of the year to begin 52 weeks of study in the discplines than the beginning of the Church liturgical calendar.

So week #1 took me to the discipline of Authentic Experiences. I spent time with Paul, Jeremiah, the Samaritan woman, and that rascal Jacob. I have long been in a season of drought in my relationship with Abba. I have been afraid and proud and lazy. And for 15 weeks I have been working with a small group of women to sift through layer after layer of sin and wounds and deceptions about who God is and who He sees me to be. I have much longer to go, but I am celebrating this breakthrough last week of being able to actually talk with God again. Joy!

How poignant then to begin this first week of many with the Psalm 46. It is the very same Psalm that stopped me in my tracks almost two years ago (near the beginning of this dry season). I don't know if last year or last month or even last week I would have noticed. I'm sure intellectually I would have remembered, but not necessarily noticed.

I share with you my original post on this Psalm. I warn you; it's almost too good to be true.

It strikes me that God loves our pursuit of Him so much that He sometimes seems to playfully hide from us (picture peek-a-boo or hide 'n seek with your kids and all of the giggling that goes along with it and the joy of being found by them) in order to keep us moving forward and unable to make ourselves God because we figured him out (picture Eve wanting to eat the fruit in the garden so she could have the same knowledge as God). It seems that God chooses to be more like a greased watermelon than a bird with clipped wings in a cage. Even though this often leaves me feeling frustrated, I wouldn't want to serve a God who could be caught-- by me or anyone else.

This thought has been rolling around in my brain for several days. Then, this morning, I was reading in Psalm 46 and a sentence in the last verse caught my attention and seemed to jump right into the pond with that greased watermelon theory, "Jacob-wrestling God fights for us"

...and the phrase just got stuck in my head. "Jacob-wrestling God fights for us."

The NASB states it this way, "The God of Jacob is our stronghold." When I read it this way, the phrase feels passive. There is God and there is Jacob. It appears as though Jacob possesses God and visa-versa.

Jacob is very blessed that his God is willing -- and even intentional -- to be known in connection with Jacob's name (which has been synonomous with both good and not-so-good circumstances). BUT, when I read the Message paraphrase, the statement appears in a totally new light. It appears as an active thing is going on here. Both parties - God and Jacob - possess each other through the action of WHAT....?!? No, it's not a Hallmark kind of word, like: "Jacob-loving God" or "Jacob-hugging God" or "Jacob-befriending God" NOPE! It's "Jacob-wrestling God"!

Wrestling. Wrestling? Think about it for a moment. (first, you gotta get the whole WWF thing out of your head...that's not really wrestling)

I think of two things:

2. wrestling-the-favorite-form-of-affection-for-Daddies: kids and their dad tussling and tickling and squealing (and Mom closing her eyes out of fear....someone is going to get hurt!)

Hmmm? I need more clarification on this whole wrestling thing. I go back to the beginning - the book of Genesis. I need to remind myself of the exact play-by-play of this historic GOD vs. JACOB smackdown. (no pay-per-view for this event, but what with the presences of Deity and body-deforming injuries HBO could have made a killing!)

Here's the text (and it is amazing):
But Jacob stayed behind by himself and a man wrestled with him until daybreak. When the man saw that he couldn't get the best of Jacob as they wrestled, he deliberately threw Jacob's hip out of joint. The man said, "Let me go; it's daybreak." Jacob said, "I'm not letting you go 'til you bless me." The man said, "What's your name?" He answered, "Jacob." The man said, "But no longer. Your name is no longer Jacob. From now on it's Israel (God-Wrestler); You've wrestled with God and you've come through." Jacob asked, "And what's your name?" The man said, "Why do you want to know my name?" And then, right then and there, he blessed him. Jacob named the place Peniel (God's Face) because he said, "I saw God face-t0-face and lived to tell the story." The sun came up as he left Peniel, limping because of his hip.

I'm almost speechless from this text. I will try to sum up my thoughts, though....to put into words my amazement at my God and His ways.

Read for yourself chapters 26- 50 on the less-than-stellar details of this man's life:rejected by his Father and coddled by his mother; cheats his brother out of jealousy; totally deceives his aged father; gets what he dishes out when his own uncle plays a cruel trick on him and Jacob is heartbroken as he faces great disappointment in the love and marriage department; is on his brother's 'most wanted dead' list; following in his own parents' footsteps, he showed favoritism toward one of his sons, thus rejecting the others;

Then he fathered children with tons of their own baggage (imagine their stories in a CrossCurrent small group!) victim of rape; murderers and looters; and, in a classic case of generations improving on the sins of their fathers, torturers and deceivers;

He experienced grief, depression and starvation as famine kept him from being able to provide for his family and in his own words at the end of his life, Jacob summed up his entire existence as a "short and hard life".

To be fair, Jacob showed some really great qualities during his lifetime also. I love the way he falls in love at first sight with Rachel and then demonstrates acts of machismo and chivalry to gain her hand in marriage. And, while some might call it sneaky, I admire his clever dealings in business and wisdom in conflict. My favorite characteristic of this guy, though, is the way he is always building monuments to God. He seems able, more than the average guy, to recognize God's protection and blessing in His life. (check out Genesis 28: 10-18; 32:18-20; 35: 1-8; 35:13-15; 46) He continues to seek God and is, in return, blessed by God and even reconciled with his father and brotherand later in life, reunited with his beloved son, Joseph, whom he had given up for dead.

OK -- so that was a detour to dig into the life of the man. I think it's worth the trip because, after all, this is the only guy I've ever heard of who went head to head with the Holy of Holies in a wrestling match (it says, "the man realized he couldn't get the best of Jacob" and had to resort to injuring him to win the fight!) Until the day I die, I will live in astonishment of the way God interacts with and blesses and uses such ordinary -- and even wacky -- characters (couldn't you imagine Jacob and his brothers on the Jerry Springer show?!?).

Having written that last sentence is a little bit frustating because it's been said before so many times, but it still manages to take my breath away and feels almost impossible to believe.

And, now, back to the watermelon thing. My theology has been all messed with. It was a huge stretch for me to believe that God allows himself to behave like a greased watermelon -- not willing to be caught and tamed, yet so delightful to chase after.

But, this passage about Jacob and the wrestling match makes me believe that God allows us to behave (in His image after all) in the same way. In this story, Jacob caught God and "would not let Him go" until he received a blessing. Jacob, the man who had had to cheat and lie to manipulate blessing from all the previous leaders in his life -- was not outmatched in a wrestling match with his God. It's absolutely crazy, I tell you.

And, then, instead of God being ticked off, God is so impressed He gives him a blessing and a new name.

There you have it. And it still amazes me. During last week's study I read Hosea 12:4 that sums the story of Jacob and God (or "the angel" in Hosea) and brings me great peace:


In the womb, that heel, Jacob, got the best of his brother.

When he grew up, he tried to get the best of God.

But God would not be bested, God bested him.

brought to his knees, Jacob wept and prayed.

God found him at Bethel,

That's where he spoke with him.

To serve this God who is bigger than me. Who can best me every day of the week and twice on Sunday. But who blesses me when I choose to strive -- even wrestle -- with Him. Who does not allow Himself to be caught, but who reveals Himself with a holy vulnerability. And allows Himself to be known. Oh, this is the experience of God I long for. No matter the risk of injury and pain.

I leave you with a benediction for the inner discipline of authentic experiences:


Heavenly Father: Let me see your glory, if it must be from the shelter of the cleft rock and from beneath the protection of your covering hand, whatever the cost to me in loss of friends or goods or length of days let me know you as you are, that I may adore you as I should. Through Jesus Christ our Lord. Amen. (A. W. Tozer in The Knowledge of the Holy)