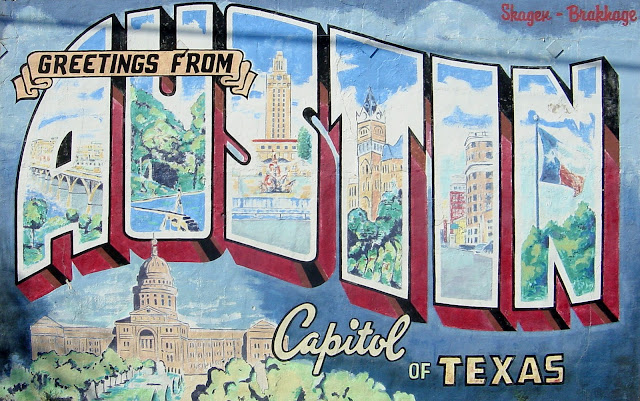 What can I say about the music scene in Austin? It’s booming like business, blooming like bloomers, and thriving like the Thriver, a sector of the human  heart located somewhere between the right atrium and tricuspid valve.  Actually, this is not the best terminology for the scene because it indicates that at some point, the live music circuit here was under the radar, even though part of this city's rich history is the triumphant weight it’s had on live music culture across America and the world at large.

The Murphs have been thrown into this eclectic environment with little poise or previous knowledge, which has made for some great discoveries in the way of local gigs and attractions since we made our trek to the Alamo state. I’ve gotten to witness a diverse array of style, genre, and status through the shows I’ve attended. With each musical outing opening my eyes to something new, I can honestly say that no act has left me hungry.

The first real glimpse of this vibrant culture was the night me and my bro caught last second ticks to a Bon Iver performance at the Long Center. And what an introduction!

For those who are familiar with Justin Vernon's work as the leader of this Indie-cred troupe only  through his  the group's debut LP (the self-titled Bon Iver), let me tell you that his new album has upped the stakes for any mop-headed, emotional girlie-man writing heart-wrenching lullabies for downtown yoga classes and backwoods cabin soul searching.

While all of those words may sound like backhanded barbs, they’re actually highlights of his sound. He may make the ladies swoon, but behind every glassy-eyed hipster girl is an eager and intimidated guy, secretly wishing he had such skills. Hence, me and my bro sat in the nosebleed section of the expansive auditorium--which held the atmosphere of an evening at the opera—and enjoyed every minute of it, including the insanely talented opening act, Kathleen Edwards.

I know her name sounds like one of your mom’s church bake sale rivals, but she’s actually a steadily-rising singer-songwriter who can churn out some kick-ass heartland melodies (that is, if Ottawa can be considered the heartland). In between songs, both she and Vernon would demonstrate their charismatic stage presence, which consisted of stream-of-consciousness asides and likeable humor, all complemented by their unanimous claims that Austin is, indeed, one of the best places for an artist to make their footing in the live music pantheon. 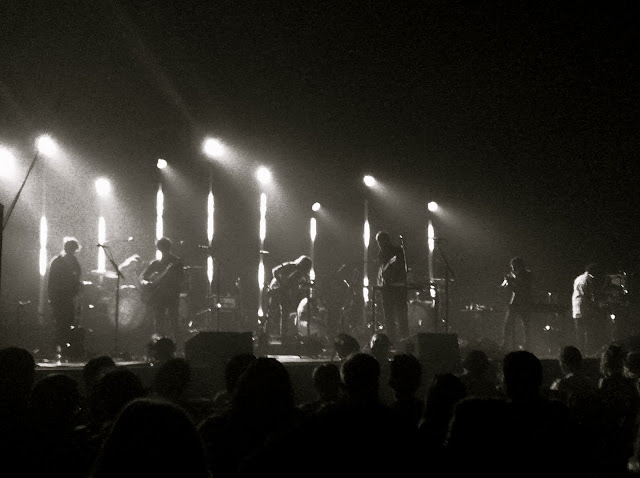 What else--oh right! The music. It was alright, and by "alright" I mean mind-blowingly spectatuloid. "Spectuloid," of course, being a word I just made up to serve as a synonym for really, really...really...awesome. Again, Kathleen Edwards is still a rookie in the bizarro world of ironic indie super stardom, so she and her fellow musicians played it safe and just delivered the goods. The goods, thankfully, were pretty dang good. She doesn't write and perform songs so much as feelings. Each song representing a different mood inside the human spectrum. It wasn't ambient chillwave so much as pop music with moxie and mystery. Think Feist on an existential road trip across the midwest (slash Ottawa). It was the kind of set you could close your eyes to and get lost in.

Bon Iver, on the other hand, had nothing but eye-opening material in store for their audience. For an outfit that originally made music for the contemporary folk medium, this set reached Bono-in-space levels of spectacle. I'm not even quite sure if I merely watched the show or got punched in the face by it repeatedly, only to be coaxed and befriended by it afterwords.

The set opened with the first four tracks off of Bon Iver, and while rather anti-climactic in concept, still served the audience a heaping dose of style and swagger. The new album is full of left-field ideas, and Vernon's meticulously-crafted live act only expanded them to more unpredictable terrain. I won't go into all the detail, but there was a dimly-lit alto-sax-bludgeoning solo, a Bjork cover (off her a cappella release!) and a flawless impression of a Wisconsin native, from a Wisconsin native. But for all the beauty and bombast demonstrated throughout, the highlight of the night came with the encore, as Vernon sat on a stool, surrounded by his loyal bandmates providing gang vocals, and the opening strums of "Skinny Love" filled the open room. Easily the quietest moment of the night, but also the most real. The crowd was in adoration from the band's walk on stage to their final bow, and I got the feeling even the begrudging avant-garde naysayers joined in on the closing standing O.