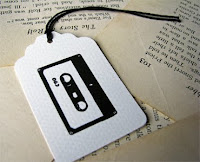 Welcome to Monday Mix Tape, in which I pretend I'm Ira Glass.  You know, I choose a theme and share with you several variations on the theme from the worlds of art, faith and culture.  To keep up the fun little facade of making a weekly mix tape, I label each of these finds as "track 1". "track 2" and so on (and just like the stack of mixtapes you've got hidden in a box in your attic, you never know when you might see some love song from Journey or Lionel Richie show up here).

This week, I'm moving off course from my reflection in the spiritual disciplines to share week full of stories and pictures and songs and poems and lessons from our first two months becoming part of Christ Church Austin.  I've been saving up reflections and they're starting to spill over; I thought it best not to wait any longer.  For this week's mix tape a random selection of words, images and songs that represent our welcome into this new church family and a few of the artists we've met so far. 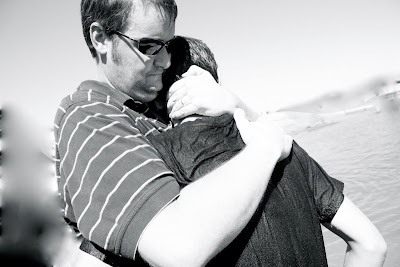 Our son, Alex, was baptized this weekend.  Our friend Heather captured this moment and I can't stop looking at the photo.  Hopefully I'll have a chance this week to write more of the details from an eventful and delightful weekend.  In the meantime, there's this photo to speak much more eloquantly than I of this crammed-with-heaven earth.

*for a free chord chart for this song, click here*

I've had the privilege to befriend a couple of bloggers at Christ Church.

Since this is Austin and all, I have a feeling I'll find more musicians playing out solo or in bands, but for now I've only met one.  Mark Fisher is part of an indie / Celtic & folk band, Raising Jane.  I'm looking forward to hearing the music they've been busy recording over the past few months.  In the meantime, you can listen to samples here and purchase music on the band's facebook page or at their website.

Here's a sneak peek of the album they've been recording.  The song is titled Siulil a Run and is sung in both Gaelic and English.

Siulil a Run by Mark Fisher 3

I haven't met them yet, but know of their work.  John and Rachel Nehme arrived at Christ Church not too many months before us, having moved to Austin to work with a group of people making a documentary called Trade In Hope.  The film's purpose is to tell the story of American children being sold for sex and to raise awareness of what we, the viewers, can do to put an end to sex trafficking.  Recently Trade in Hope raised funds through Kickstarter and met their goal!


There's a long story behind this performance.  In brief, we'd been told that the rector at Christ Church (and Brian's new boss) could break dance.  It's not that I thought people were lying, it's just that I couldn't put the picture of him from what I'd seen in church and the picture of him break dancing in my imagination at the same time.  At the close of the annual retreat talent show, Brian put him on the spot.  The worship pastor found the right music and the whole room began chanting "Break Dance Cliff!"  I'm rather impressed with his willingness to jump right in.  While you're watching the video, please notice his son at the back of the stage performing beat box.