Kendra's reading through European medieval history (Charlamagne, Benedict, chivalry and all that).  Natalie's still working through the Civil War era.  On Monday they watched Glory with Aunt JoAnn, Dad and Andrew.

It's not an easy movie to watch, but it's the resident Social Studies teacher's favorite of that era.  The following scene is difficult to watch, but too powerful to miss.

Literature:  Utopia (Kendra), A Man For All Seasons (Kendra & Natalie)

Even though the girls are studying different eras in history, I'm going to try to intersect their literature selections as much as possible.  For one reason, they can read to each other and share conversations.  Of course, I was idealizing these would be deliciously heady conversations about poets and language and arresting characters.  Perhaps the girls curled up by the fire, sipping tea out of mugs, reading Keats and Dickenson to each other.

Yesterday they read from Robert Bolt's play A Man For All Seasons because they'd studied Thomas More in their History of English Literature text.  From the other end of the hall, I heard them giggling and thought, perhaps, my daydreams were coming true.  Upon further investigation I discovered they were trying out ridiculous accents for the various characters (picture a southern drawl on the Archbishop of Canterbury or King Henry VIII breaking out into Joss Whedon-esque musical numbers)


Natalie spent Thanksgiving vacation reading all three books in the Hunger Games series so I capitalized on that enthusiasm by asking her to write about one of her favorite scenes.  This time we were focusing not only on content but punctuation and grammar.  Kendra proofread the composition and marked it for corrections.  I'm having Kendra spend some time learning editing using as a reference Strunk & White's Elements of Style and Lynne Truss' Eats, Shoots & Leaves.


Both girls are working their way through the math textbooks they started with in Austin ISD.  There are so many excellent and free online resources I think we're going to do just fine.  Kendra is selecting one Khan Academy lesson to watch online each week.  This week she chose "Circumcenter of a Triangle" (just looking at the link makes me think of A Beautiful Mind!)


Natalie is adding two logic lessons from Mind Benders each week.  Thankfully, Uncle Rich was able to give us a bit of a primer when he visited a couple of weeks ago.  The good news is that she was on track and actually really enjoys this part of her schoolwork.


Natalie finished up a project she'd been working on, observing the slow decay of a red pepper.  We layed a bit low on the science work this week and spent more time ramping up our observation skills with nature study journals.  Once or twice a week, we read together a daily entry from Susan Fenimore Cooper's Rural Hours.  We're more the type to study nature through our bedroom windows than to actually, you know, actually walk around in it so I'm hoping we'll all grow in this area this year. 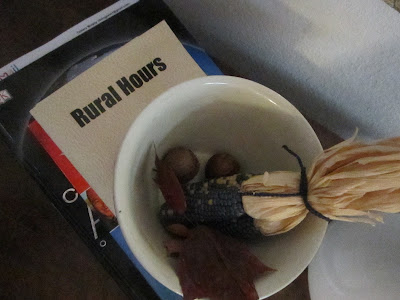 
I've decided that if I've only got one year with these girls at home, I'm going to lean heavy toward art, music and literature (shocker, I know).  I discovered a fine art curriculum that I'm really excited about for both the girls.


Kendra spent a bit of time reading up on Donatello, Botticelli, Mantegna, Masaccio, Paulo Uccello.  She chose Masaccio's Portrait of a Young Man (I'll give you three guesses how she made that decision) for a picture study which included a written review and sketch.


Natalie began a six-week study on Renoir.  She read a brief, but fun, biography and did a picture study/coloring page on his work Two Sisters.  I always thought coloring pages to be a sort-of juvenile busy work, but have completely changed my mind.  First of all, coloring is a totally relaxing activity  no matter what your age.  Secondly, I was impressed with the ways Natalie engaged with Renoir's work without feeling forced just because she was trying to pay attention to the detail of the color and make her own decisions within the outline she was given.  Impressive.

Using the same curriculum as for visual art, each of the girls began a several-week study on one composer.  We stocked up on a bunch of CD's and DVD's (Tchaikovsky's ballets) and will take them in a bit at a time over the next couple of weeks.  I'm hoping to get to a live performance of The Nutcracker with the Austin ballet.  Perfect season, yes?

We also attended a short but completely lovely performance of the Regents Honors Choir.  The students performed a half-hour of a cappella Christmas music at the Central Presbyterian Church as one the free Thursday Noon Concert series.on 8th street.  Lovely.... 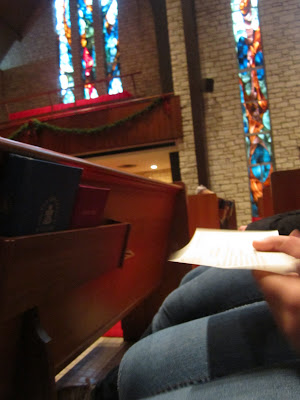 Thought you might enjoy this handy-dandy scarf-tying tutorial the girls watched together (I was on the couch trying to sleep off a nasty sinus headache, but let me tell you, listening to them watch this video was almost as delightful as listening to them butcher the story of Thomas More.  Truly, these girls make me giggle...)

For more Quick Takes, visit Conversion Diary!
at 2:10 AM