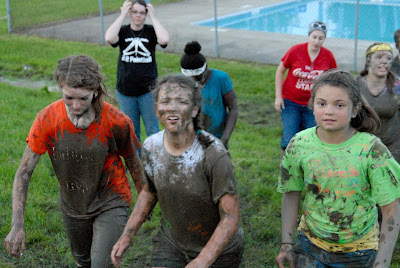 When I was 10 years old I went to summer camp for the first time. I went to a small Christian camp called El Rancho De Paz. My counselor had spent almost all of the summers of her life at that camp. She never cared if she had dirt on her face, she didn’t mind if there was a bat flying around in the room right above us and she could French Braid hair in record time. This was not me. I didn’t like walking long distances, I wouldn’t go with in 10 feet of horse dung and I would not pee in the woods.

I remember watching my counselor that week. She was fearless, she was brave and funny, strong and kind, she was clever and adroit, and I had never admired someone so much in my entire life. That week changed me. I realized that playing in the dirt was fun. And even though I still don’t enjoy hiking, I can appreciate it.

Four years later I found myself again at El Rancho, after spending 3 more summers there; I ended up there on a church youth group. Many of the girls I bunked with had never been to camp before and I realized that they were exactly like me, my first time at the Ranch. So I decided to do something crazy so they could see what I saw in my counselor. I wanted to be fearless, just like her. So I grabbed a friend of mine after a day of rain and we dove, headfirst, into a puddle of fresh, smelly mud. Soon everyone joined in and the group of adults and young adults jumped in puddles and rolled in the mud, completely throwing dignity out the window. Can you imagine the shower room that evening? I think that we used the mud exactly how God intended it. We used it as a way of throwing pride out the window and acting like children, forgetting the hardness of our hearts or how much money the clothes we were wearing cost. For a moment, just a moment, I caught a glimpse of Heaven. In Heaven we will have no sorrow, we will only have joy and peace. In Heaven no distance or time will separate the ones who love the Lord. In Heaven there will be no barriers.

Something I learned about the beauty of God’s creation in those four years was that God’s majesty isn’t held back by the simplicity of Earth’s atmosphere. I learned how to look at the sky at night, be patient. God knows the stars by name, he gives them their light. The stars are only loyal to him. I have discovered that stars are shy. If you simply glance at them, they do not trust you, you must take your time. Lie down and wait. First they will only show you a few stars and gradually reveal more. They need to know that you are a child of God, that he created you in his image. They need to trust you, and once they do, they don’t hold back. If you are just patient and calm, the stars will perform for you. They will appear all over the sky, as far as our human eyes can see. They will dance for you and twinkle, they will send each other shooting magnificently across your range of vision, the will show you something more wonderful and awesome than a firework show or a dance number, all for the glory of God and the glory of God alone. I’ve found that if you treat them right, the stars can become your friends. They will let you join them in worshipping the master, the creator, the only one who is truly fearless.

The moon and the sun are full of there own wonder as well. They are not shy or bashful. They are not afraid to show themselves and provide light and wonder for everyone, even those who don’t take the time to appreciate them. When I look at the moon, I like to think that all the people I don’t have by my side, all the people I have rolled in the mud with, all the people who have taught me and learned from me, can simply look up and see exactly what I see. There are only two things that the Texas geography shares with the New York geography, the moon and the sun. God may have sent us to be apart for a while, until Jesus returns, but he did not leave us empty of each other. God gave us the moon and the sun so we remember who we are, his. He gave us the moon and the sun so that we remember how small we are and that even though in our eyes we are 1,764 miles apart, in his eyes, we are neighbors. The moon is large enough to give light to all the people I love at the same time, just imagine how big God is if he is the master and creator of the moon.

God doesn’t hide his creation; he is not bashful or quiet. But God still makes you look. But if we are patient, if we are gentle and ready to praise and appreciate his masterpiece, he will let us see it. 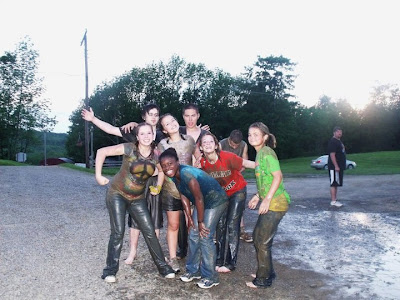