Austin, Nice to Meet You: Aunt JoAnn Makes a Visit!

November was full of family visits from New York!  Our beloved Aunt JoAnn flew in to spend TEN WHOLE DAYS with us!  Fortunately, this included Thanksgiving + Brian's and my anniversary.  Good timing for all of us!

Here's some of the places we visited... 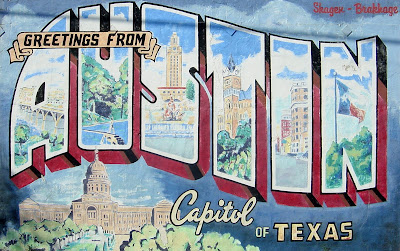 You're going to get tired of hearing us rave about this place.  Sorry about that.  I should also warn you that my brother -- who'll be visiting after Christmas -- has already requested dinner here.  I'll probably have to tell you about again, because that's just how I roll. 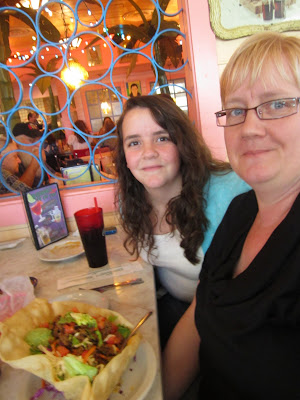 Aunt JoAnn is a history buff just like her younger brother.  We went through pretty quickly and, for some reason, weren't able to get onto the House or Senate floor like we'd done in August.  Still, the rotunda is impressive. 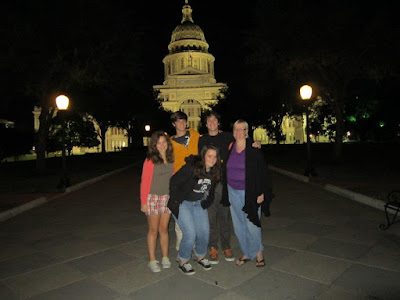 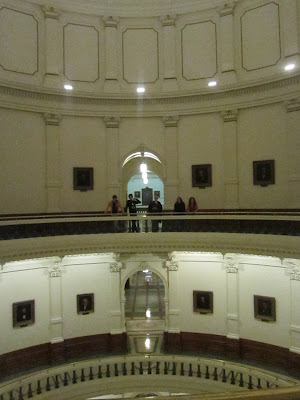 You remember my amazement with grocery store escalators built especially for shopping carts?  Well, being the foodie that she is, Aunt Joann wanted to see this place, too.  Sadly, two nights before Thanksgiving is probably not the best time to leisurely stroll through the store. No problem, though. Using a Living Social coupon I'd snagged several weeks back, we bought yummy desserts from the bakery and hot coffee to enjoy up on the roof. 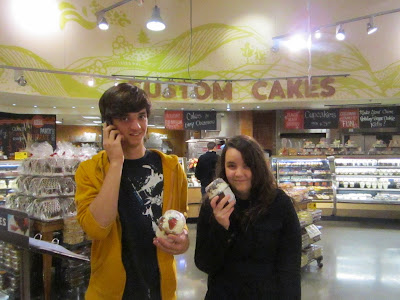 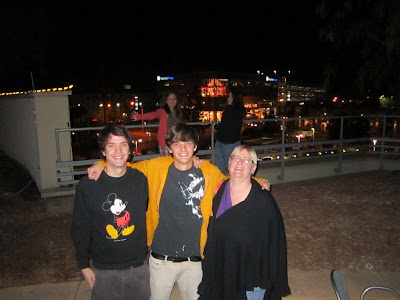 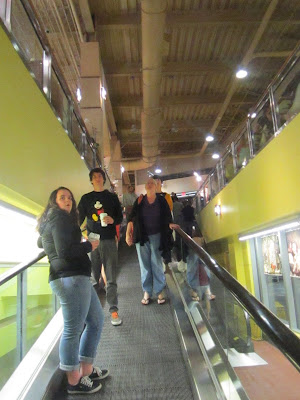 4.  A trip to Half Price Books and lunch at Abel's on the Lake

We've been meaning to visit this mecca of used book stores ever since we moved to Austin and were thrilled to be able to go with Aunt JoAnn. The kids were especially thrilled since she cheerfully purchased them a couple of early birthday / Christmas presents.  Meanwhile I was in another aisle conning my husband out of grocery money so I could buy Texas tree and wildflower field guides.  (everyone should have one, don't you think?!?)

We then drove to Lake Austin (on an unfortunately windy and chilly day) for lunch.  We'd intended to get hot beverages at Mozart's but half of UT's population had the same idea and there were no open tables.  Too cold to sit outside, we went to the next place down and were happy with our burgers and wraps.  Scenery was lovely, also. 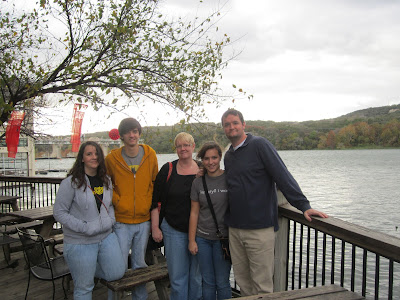 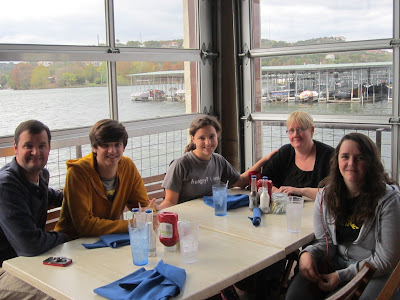 I'm saving our San Antonio pictures for another post.
Now, who's going to visit us next, huh?!?
at 8:00 PM