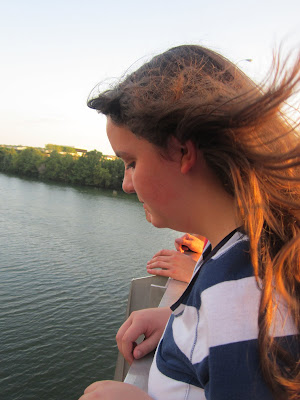 
When I started thinking about how to answer this prompt, I kept coming back to seeing things "the normal way". Everyone sees trees and the sky and flowers. Within myself I wanted to find something that I see at least slightly differently than anyone else. I kept coming up blank, and I realized it was because I was taking the prompt too literally. I was trying to come up with simple objects -- trees, buildings, animals -- when I hadn't even thought about the most obvious answer of all:  people.

I see people see things. To me, there is nothing more indicative of something being beautiful than seeing someone else finding it beautiful. God has made me to be very in-touch with the emotions of others, and that affects how I see things. I get emotional watching people in church see God's beauty and be affected by it. By the expressions on their faces and the positions of their bodies I can see God even better than I can form just being a part of the service. 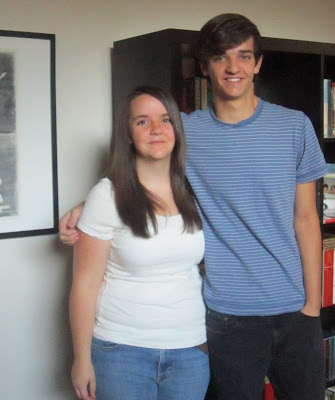 Of course, I see pain clearly through others as well. A lot of people say they often start crying upon seeing others cry, and this is always true for me. A less real but more effective example is a scene from the television show Friday Night Lights. In the scene, Matt Cerasen looks into the casket that holds his dead father. the person watching the show knows the father died by stepping on a land mine, but they never show his body. The expression on Matt's face upon seeing his deformed father's body is so powerful that the watcher doesn't need to see it. They know what it looks like based solely on the look of horror that Matt has. Many people say the actor who plays Matt Cerasen should have been nominated for an Emmy just for that scene, and I would have to agree.
It doesn't really  matter what the item or event in question is, I see it better by watching other people see it. Even if it's something not normally considered significant, like an old chair or a little Happy Meal toy, if I can see the significance the furniture collector or young child sees, I can find it special. 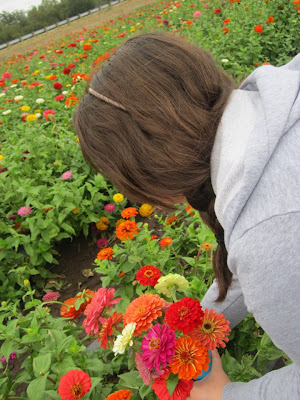 Though seeing things differently through other people seems like a simple thing, it's actually quite the opposite. There are billions of people on this earth, each of them having different interests and passions and talents and likes and dislikes. If I had the chance to look at everyone in the world, I would be able to see everything differently.