My highschool piano teacher politely declined to attend our wedding.  He was gracious enough to call and tell us his reason rather than write it on the RSVP note we'd sent in his invitation.  He made sure I knew that it wasn't because he'd be out of town for Thanksgiving or had a gig somewhere else that day.  It was just that he was, well there's no other way to say it, he was opposed to our marriage.  He went on to say he thought we were great people and he wished he could congratulate us but there was no way a nineteen and twenty-year-old could get married and stay married.  It just didn't happen and he didn't feel right sitting through a ceremony he thought was a farce.  I managed to thank him for calling and say good-bye without bursting into tears.

And then Brian and I had the nerve to get married anyway.

And stay married for twenty-one years.  Well, we still need to make it to tomorrow to claim a full 21, but odds seem to be in our favor. 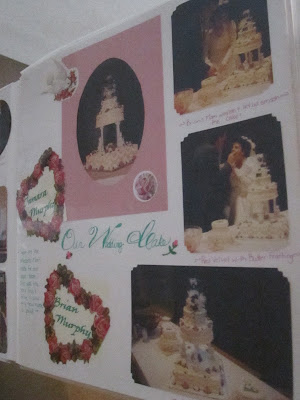 There have been days, though, when I wasn't so sure.  Those days seem to be fewer and further between, but when they come they knock the wind out of us.   Thankfully, the good days are even better than the bad days are hard so it kind of works out.

We've made it this far with hard work and sacrifice, it's true.  I think those attributes got us through the honeymoon.  After that it's been grace, the prayers of the people, some grinning and bearing it, a few romantic interludes thrown in there, too.  Also, Brian's sense of humor has saved the day more than once.

We are lavished in grace.  We have hurt each other deeply.  Loved each other inadequately.  Missed opportunities to say the kindest thing.  We've also learned how to fight well.  Given ourselves to loving and serving four amazing human beings, our children.  We've given ourselves to love Christ and His Church. Some days it's these two commitments only that keep us moving forward in the same direction rather than turning tail.


One of the fun things about getting married near Thanksgiving is that when we go away for the night, the hotels are usually putting up their Christmas displays.  We always pretend they're putting it up just for us.

After twenty-one years, we've decided to make a run at another twenty-one.  Who knows where we'll be then, what new struggles, celebrations, hurts and healings we'll experience in that time.  I do know that we'll still be loving our four children, Christ and His Church and doing our best to love each other.  And every year around November 24 I think of my old piano teacher and wish I could send him a thank you note for caring enough about the value of marriage to challenge us -- even unknowingly -- to take the vows seriously.  We've broken a few, but we're working on keeping the "death 'til we part" one.  We're working on that, but counting only on grace.


*linking with the imperfect prose community*
at 3:58 PM