Top 10 Movies to Watch on a Rainy Day: by Andrew Murphy

Alright. I know it's not Tuesday.  And, if you live around these parts, I know it stopped raining.  Still, you're not going to want to skip this post, guest-written by my son, the screenwriter-in-training.  Seriously.  Pay attention; he knows his stuff.


Ready?  Here's Andrew Murphy's top 10 picks for your rainy-day, sweats and hoodie, popcorn and beer (not for Andrew, but for me) movie-viewing pleasure

Hey dudes. This is Andrew speaking, and then typing down what I'm saying. When my mom asked me for a top ten list of my favorite "rainy day" movies, I immediately thought "oh, so just my favorite movies, right? Why would any one wanna read that?" Then I really thought of the science of a good rainy day movie (and this is a science and formula that I created for my own pleasure and enjoyment, "rainy day" movies will mean different things to different people).

A rainy day movie is an experience, the story and setting should reflect the  bleak, empty feeling of rain, while giving the viewer a reason to enjoy it. For example, "Raiders of the Lost Ark" is a great movie, one of my favorites, but it has no place in a rainy day marathon, because it's landscape and energy are the exact opposite of whatever crap Binghamton has goin' on at the moment. It would leave me with an inner joy and exuberance that would go wasted with all the puddles and mud enclosing me in my house. Therefore, the following movies are still good, still entertaining and valuable in their own way, but they're on my side during the downfall. It's like they're speaking to me from the screen, saying "Hey, don't be down, sport! We know the rain sucks, but it rains all over the world, and miserable people are all around you, like this character here. Dive in as he/she/heshe/shehe/TBD goes through some hard times."
Caution: Slippery when wet.

One needn't be a Nirvana-addicted grunge-junkie to thoroughly enjoy the muses of the legendary and all too short-lived front man. In an interview for his biographical book Come as you are: The Story of Nirvana, Michael Azerrad takes his 25-hour-plus phone interview with Cobain, mere months before his suicide, and uses them as the audio backdrop to  beautiful images of the greater Seattle area. Director AJ Schnack captures the grimy, overpopulated of Seattle's urban settings with an ambitious eye, teaming it with Cobain's opposing tangents, cynical and untrusting. This creates a conflict that breeds a scenery too lovely not to get lost in.

Denzel Washington's second-best performance, after Training Day , of course. Wonderfully trippy, and endlessly layered. Your mind will never be more sober and prepared for a plot and performances as simultaneously baffling and provocative as the ones contained within Jonathan Demme's excellent film.

I would say it's Spike Lee's best film, but the Do The Right Thing! snobs would find me and...well...I don't know what they would do, but it would probably be using methods similar to those used by said films less fruitful characters.

But seriously Spike Lee's best film. Watch it when it rains outside. Moving on. 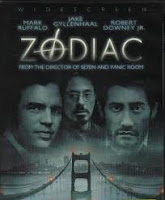 I would say it's David Fincher's best film , but the Social Network geeks (I haven't yet seen the movie, therefore this judgement is harsh and unfair) would tell me that it's some of his more "experimental" fare or whatever weird movie-likers say.  Long story short, it's long, detailed, grim, and colorful, a perfect anecdote and companion to the rain.

I have too much to say about this movie. If you like comic books, jazzy witticisms and humor, and hate spiraling cities that don't treat you right, this is the rainiest day movie in a decade full of increasingly rainy days.

5. All the President's Men & Frost/Nixon

If you watch them in the exact order written above, they form a timeline that's as cinematically diverse as they are accurate. A history lesson with twists and turns no lesser than Sherlock Holmes--the Robert Downey Jr. version.

On a dark, wet day, Children of Men is the perfect darkness in which you can find the tiniest glimmer of light. Alfonso Cuaron's majestic bummer of a futuristic nightmare works on so many different levels, that you might have to watch it once for each different layer it holds. Yes, it rains in the film, but in a world where there are no more children and the one young woman barring the first fetus in over fifteen years is being chased down by unpracticed abortionists, a little drizzle doesn't hurt nobody.

In an era and generation filled with over-blown Superbowl hijinks, MTV sleezefests, and light  shows that double as Epileptic teasers, Block Party--for all it's scatology and shocks--actually has the vibe of an old-fashioned shindig. The venue is an actual block in Brooklyn, the stage is decidedly makeshift, and the artists drop their egos in the puddles before they walk on stage (except for Kanye, but, come on, he brings a marching band, that's pretty sweet). A little rain may ruin a parade, but for the elated, golden-ticket-bearing , poncho-donning concert goers in this heart-warming concert  doc, it ain't nothin' but a party y'all!
Ahem. Excuse me.

I could try and impress you guys with words like "period film" and "Aria" and, um..."Colonial?" But the truth is, as intellectually intimidating  as Amadeus' concept may seem, it actually has the refreshing vibe of goofiness and an overall disdain for a fact-by-fact narrative.  I'm kinda like Mozart (yes, I am inviting the comparison), young, stupid, brilliant (?), and willing to make any excuse to stay indoors obsessing over  complicated artwork. For him it was symphonies, for me it's the rain.