I'm in Denton this weekend, enjoying a couple of days with sweet Kendra and her UNT friends.  Here's 7 New Mexico takes from the trip Brian and I took in March.  (spoiler alert:  New Mexico is beautiful. )

Here's a reminder of how we made the decision to take off for almost a week at (almost) a moment's notice.

I thought you might like to see on a map the location for our stay -- just to see how serious we are about the "getting away" goal. 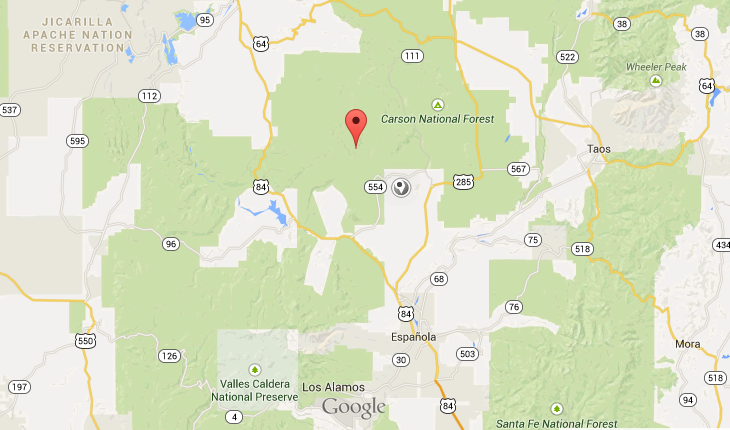 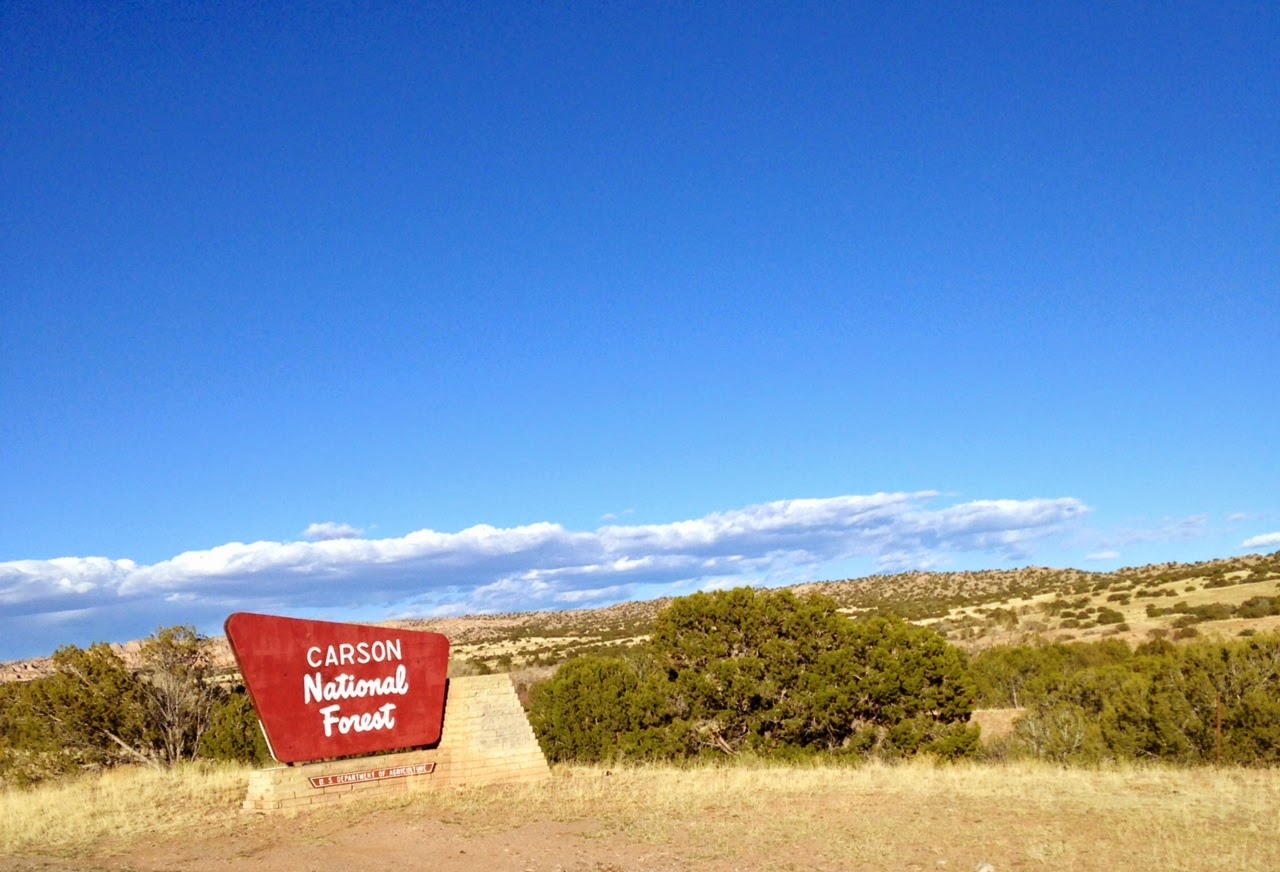 Isn't that National Park Sign delightfully retro?  It made me feel like I was driving through a Vintage U.S. Parks Poster. 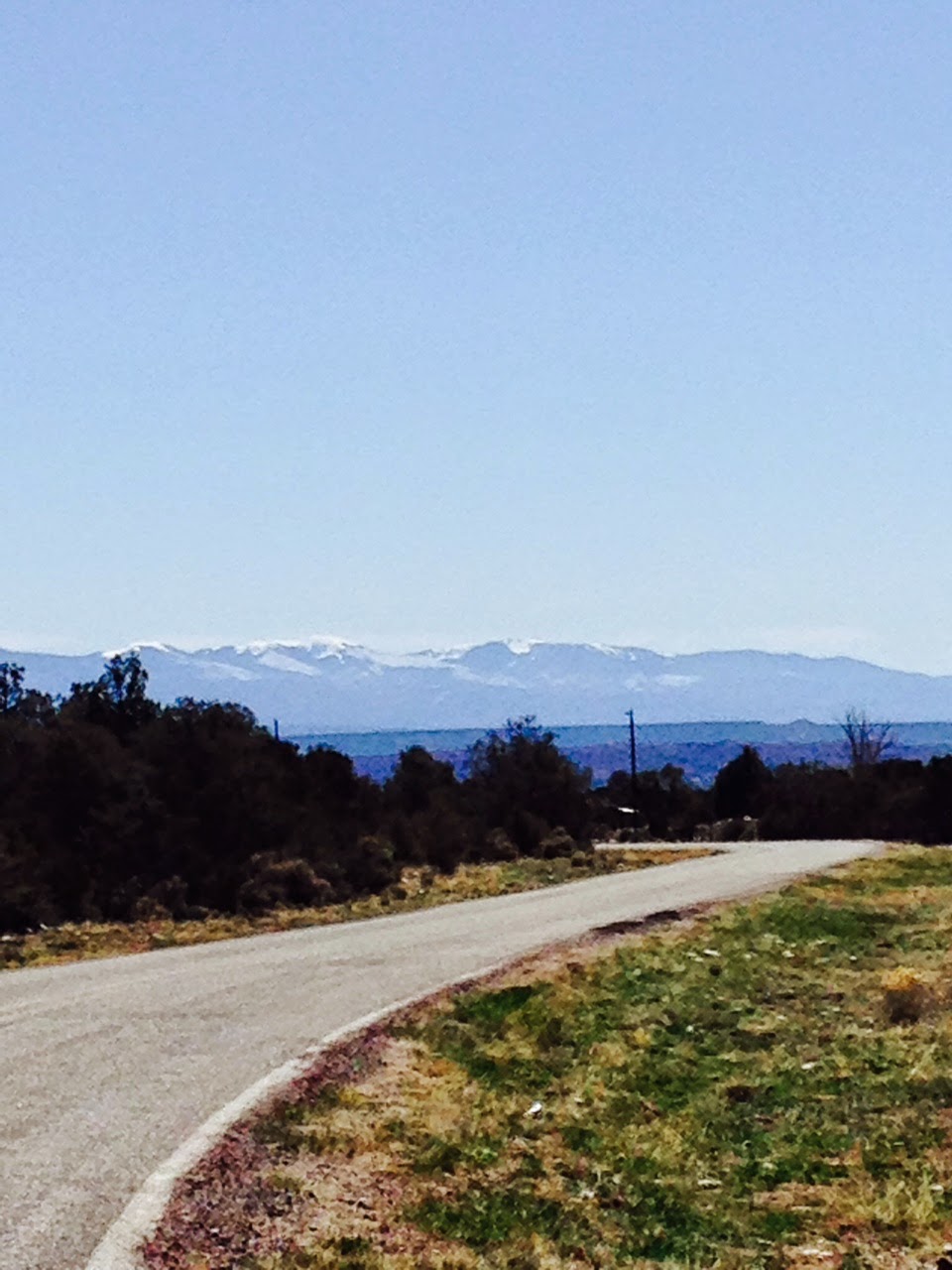 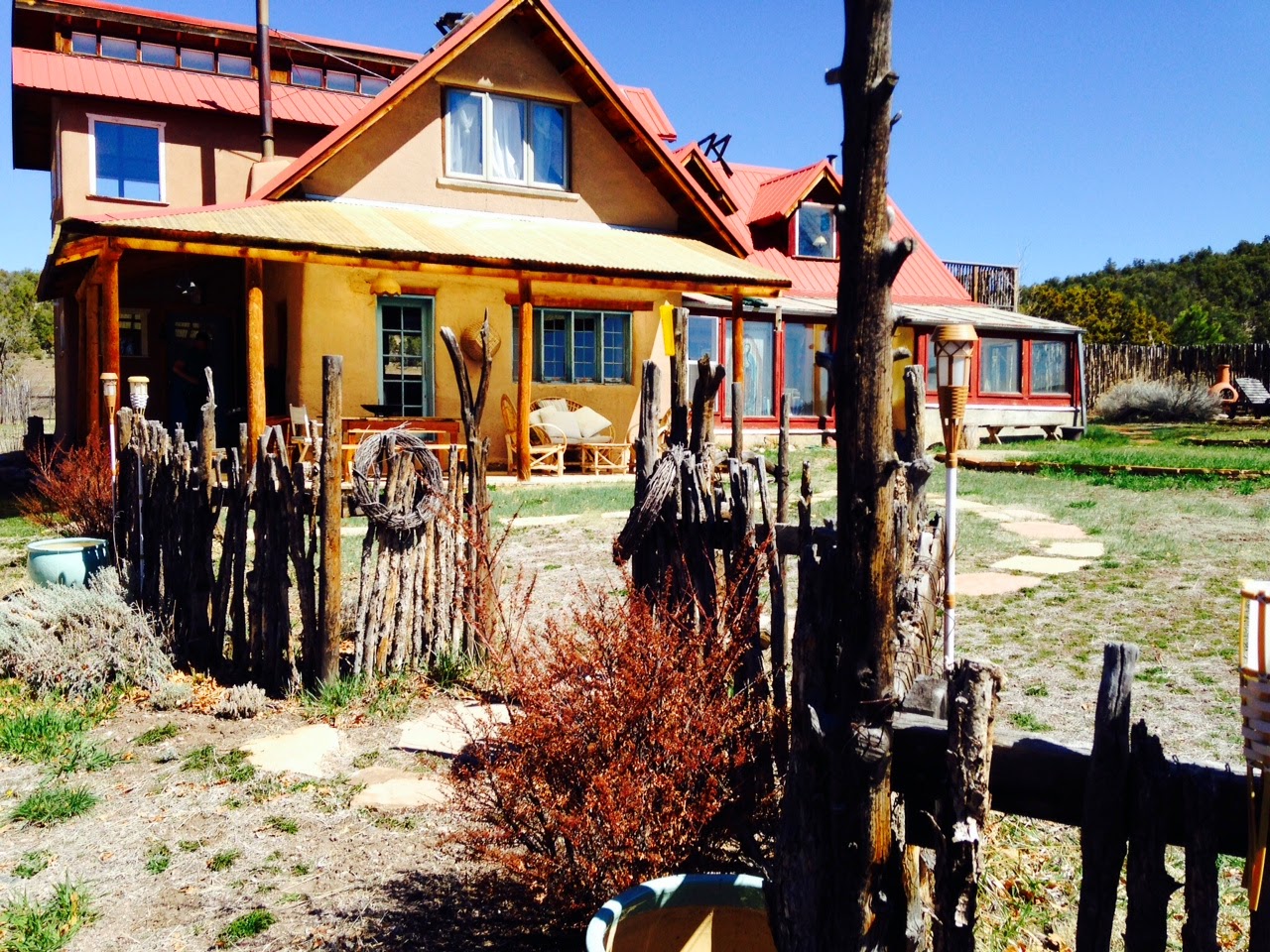 Brian's begun to use home share locations for work travel so we decided to do the same for this trip.The website described the location this way:

In the majestic high country of northern New Mexico, at the southernmost abutment of the San Juan Mountains, is the small 18th Century Spanish village of El Rito, named after the "little creek" that flows through it. Alongside El Rito Creek at the mouth of the narrow canyon from which it flows down from the mountains is my home...

We were also given a postscript on the driving directions "You'll know you missed our driveway if you come the cattleguard that marks the National Forest Boundary." In that scenario, the directions told us we should "turn around".

Photos of some of the yard area: 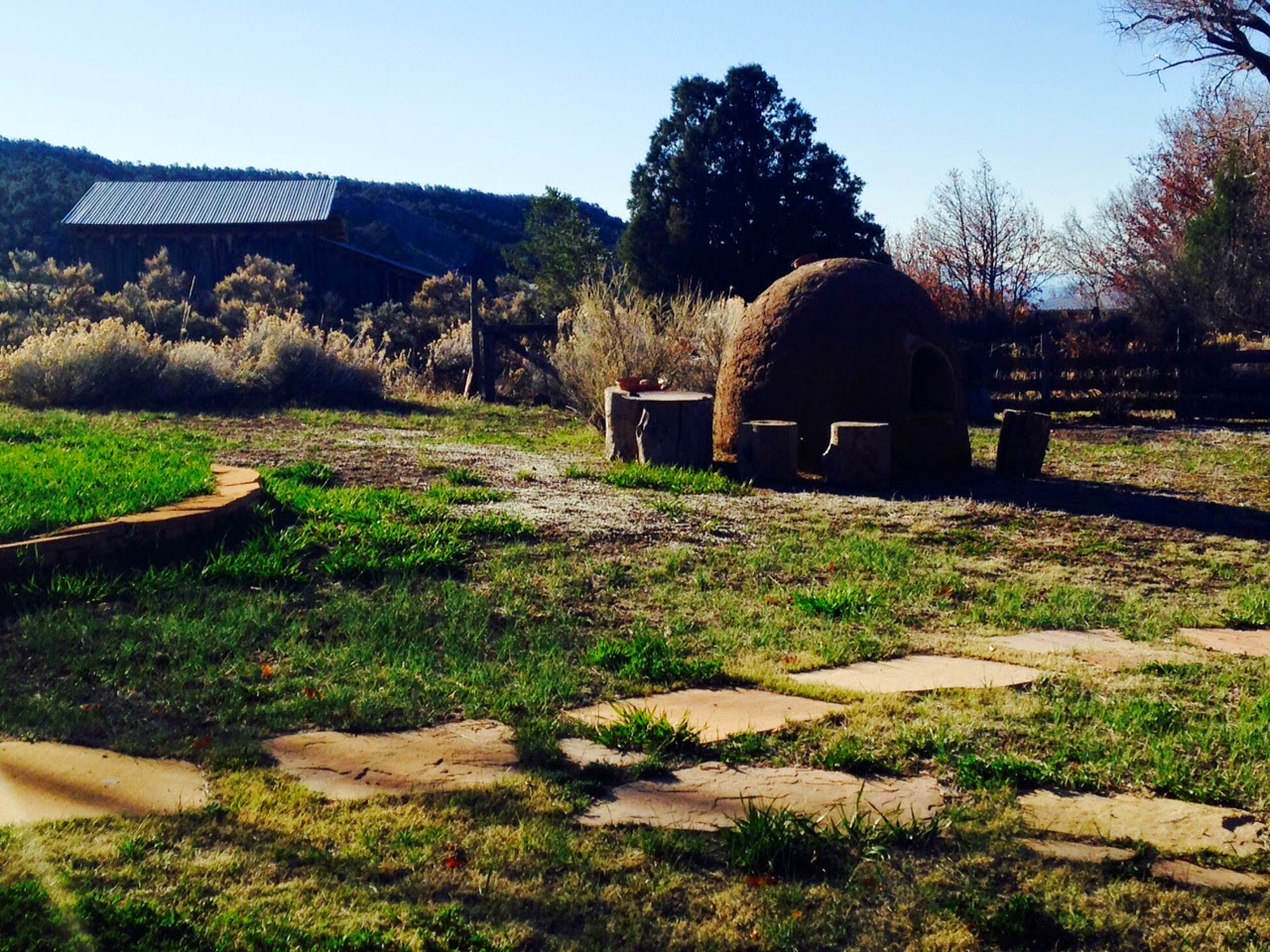 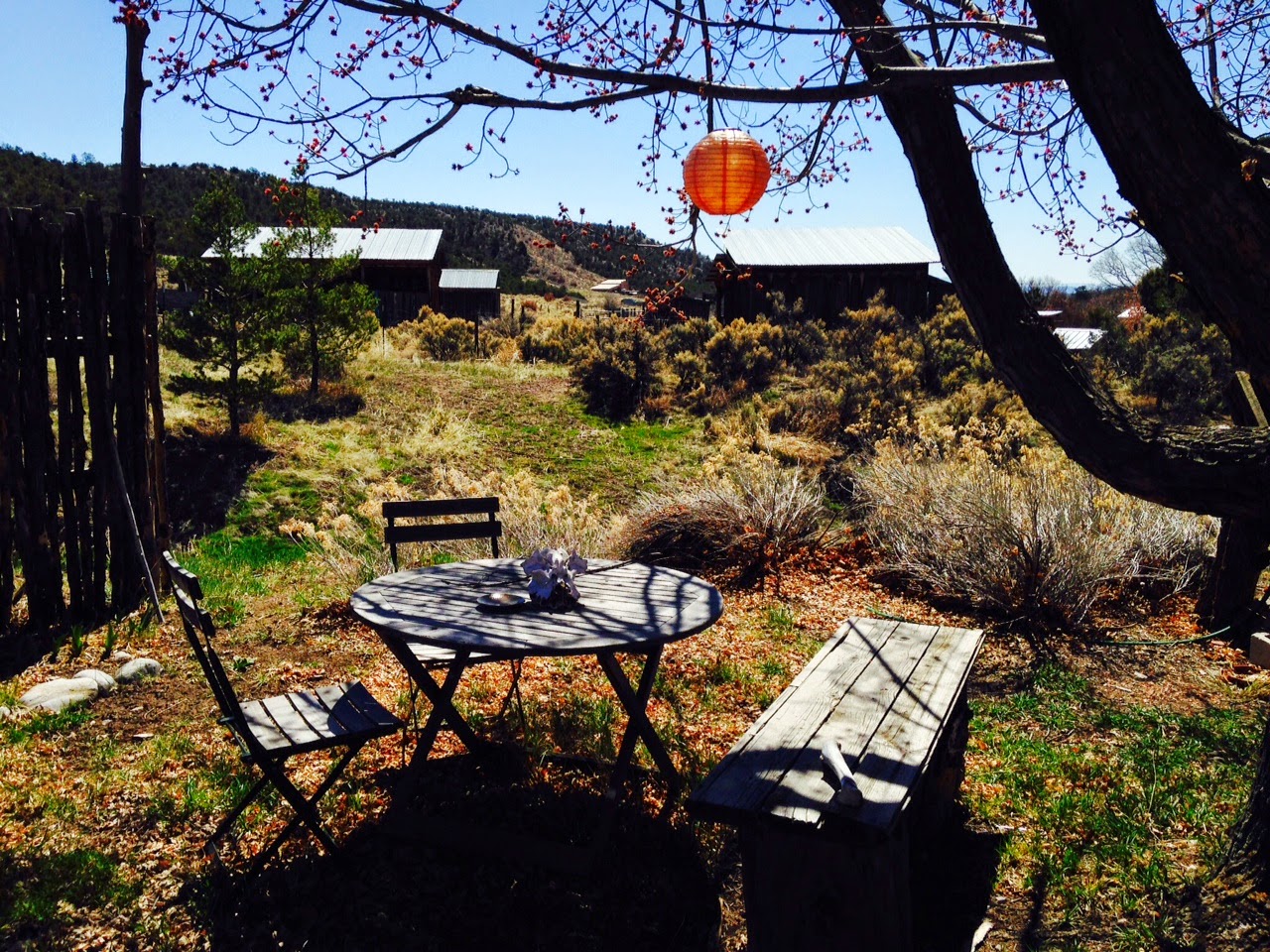 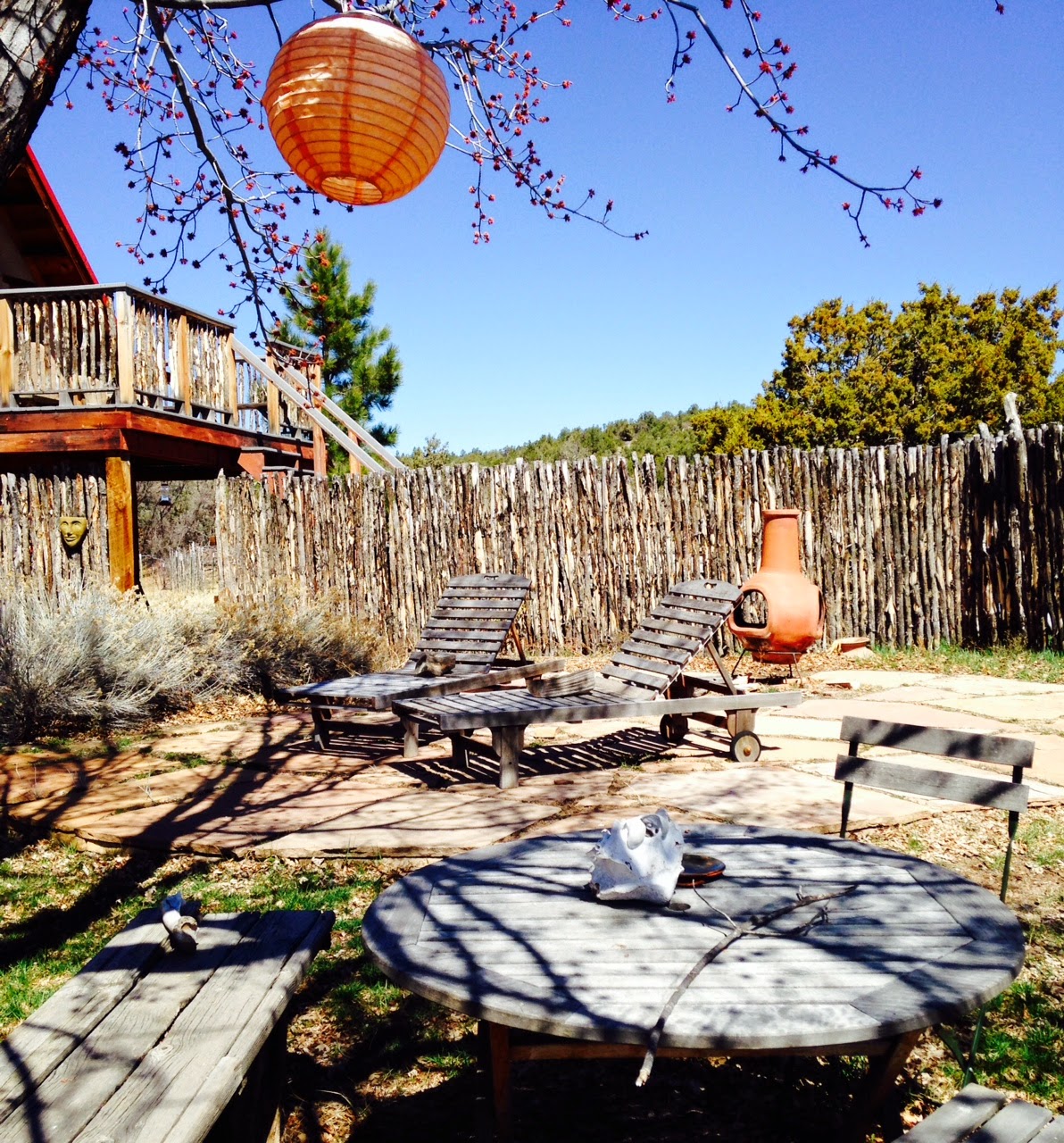 I'm certain this would have been even prettier if we'd visited a bit later in the spring.  Behind that fence sits a lovely hot tub, perfect for stargazing.

The house itself was inventive and charming.  Hand-built by the owners from the very clay of the adobe walls to the mountain-harvested beams in the ceiling, each little nook provided a fun surprise (including a lot of artwork made by the owners).  As lovely as the entire house was, it barely competed with the generous views of mountain and sky from large and strategically placed windows all throughout the house. 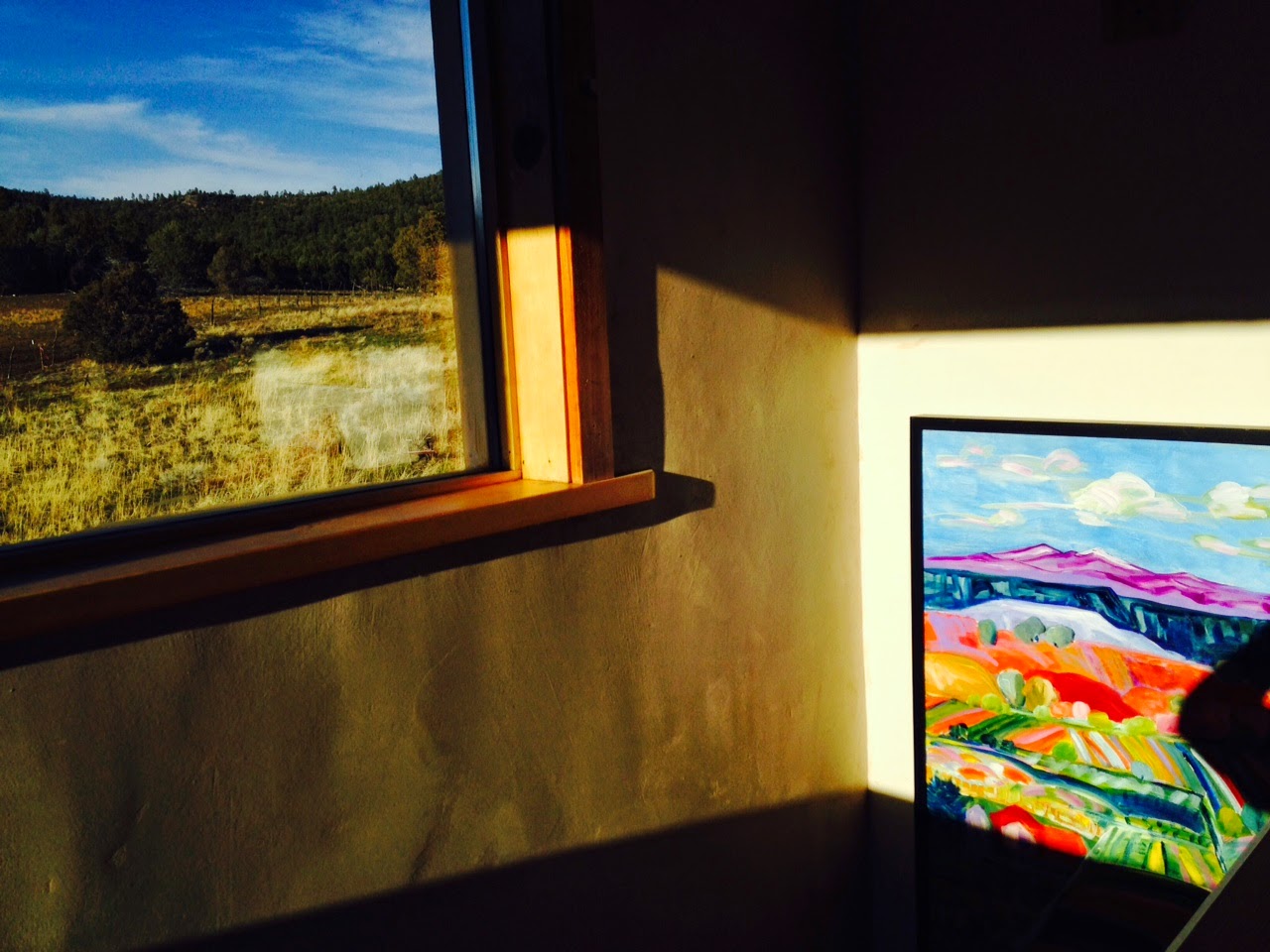 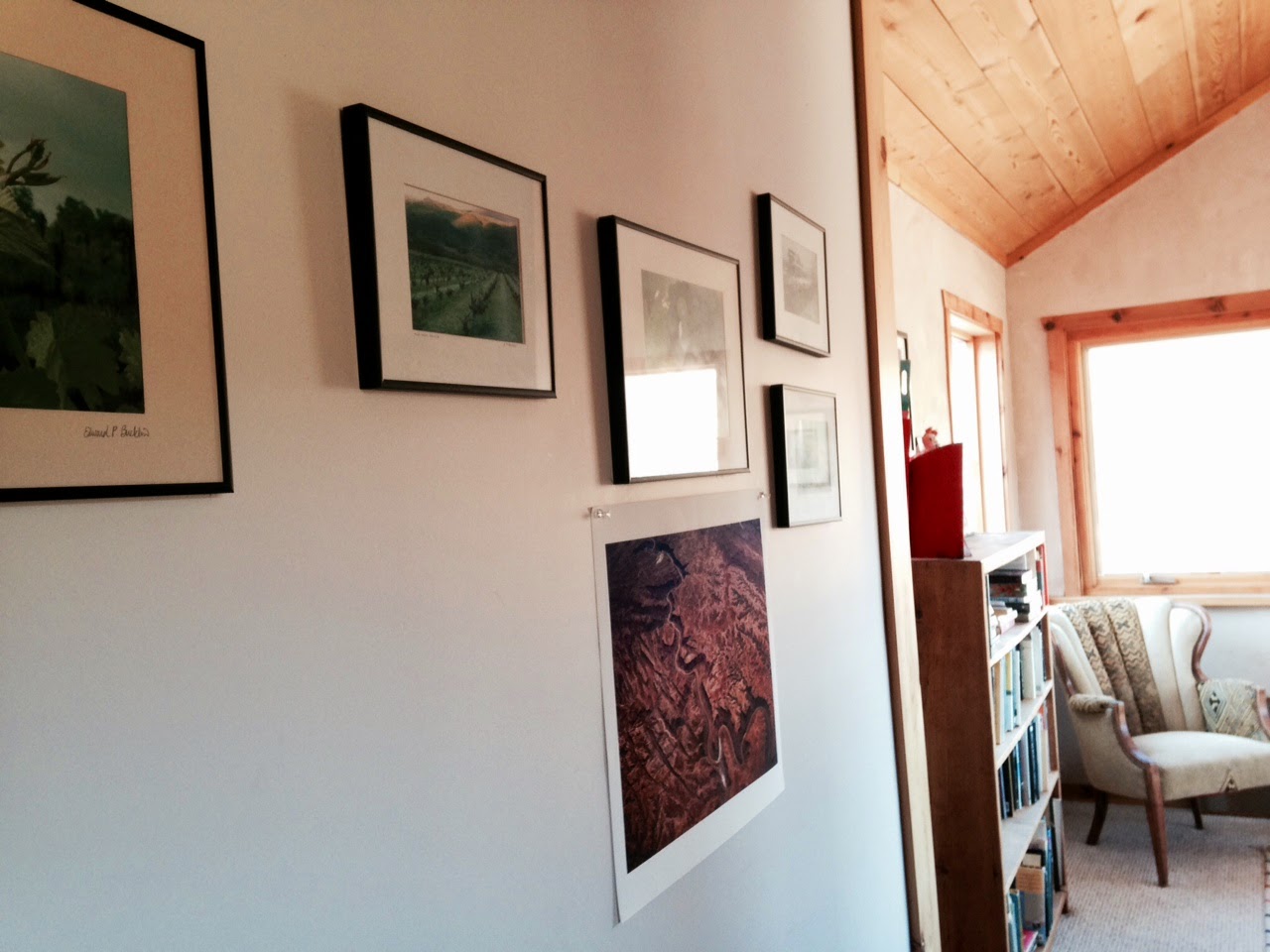 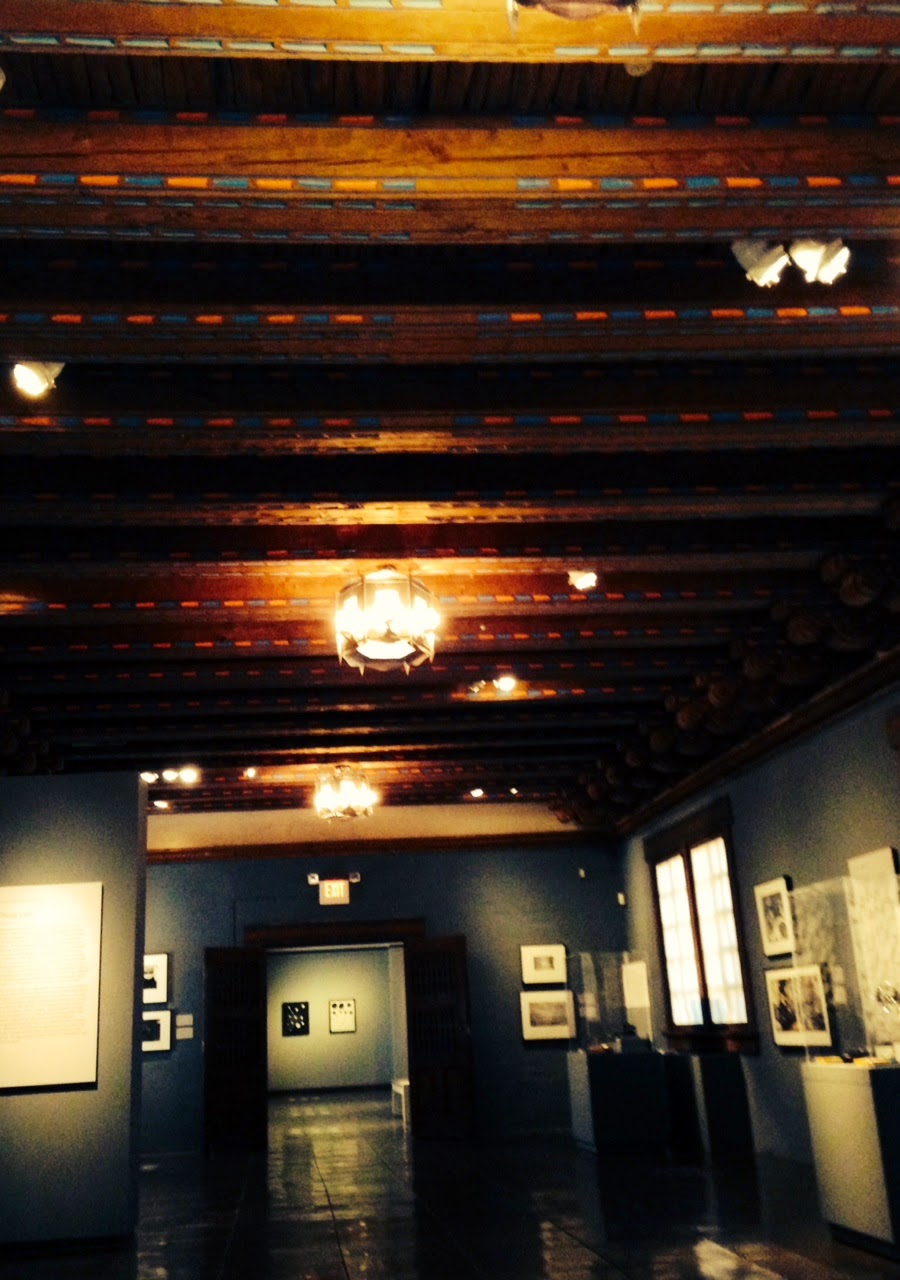 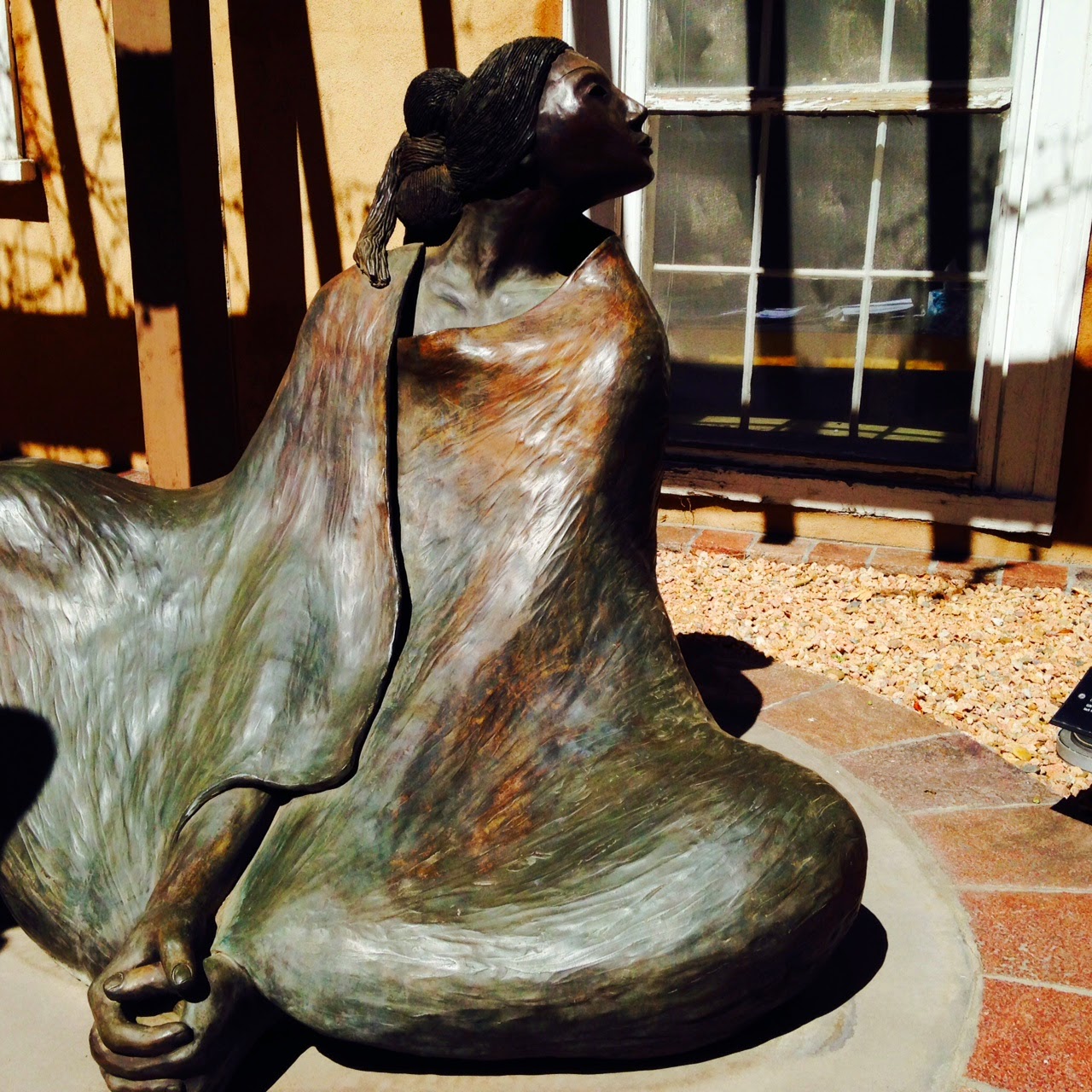 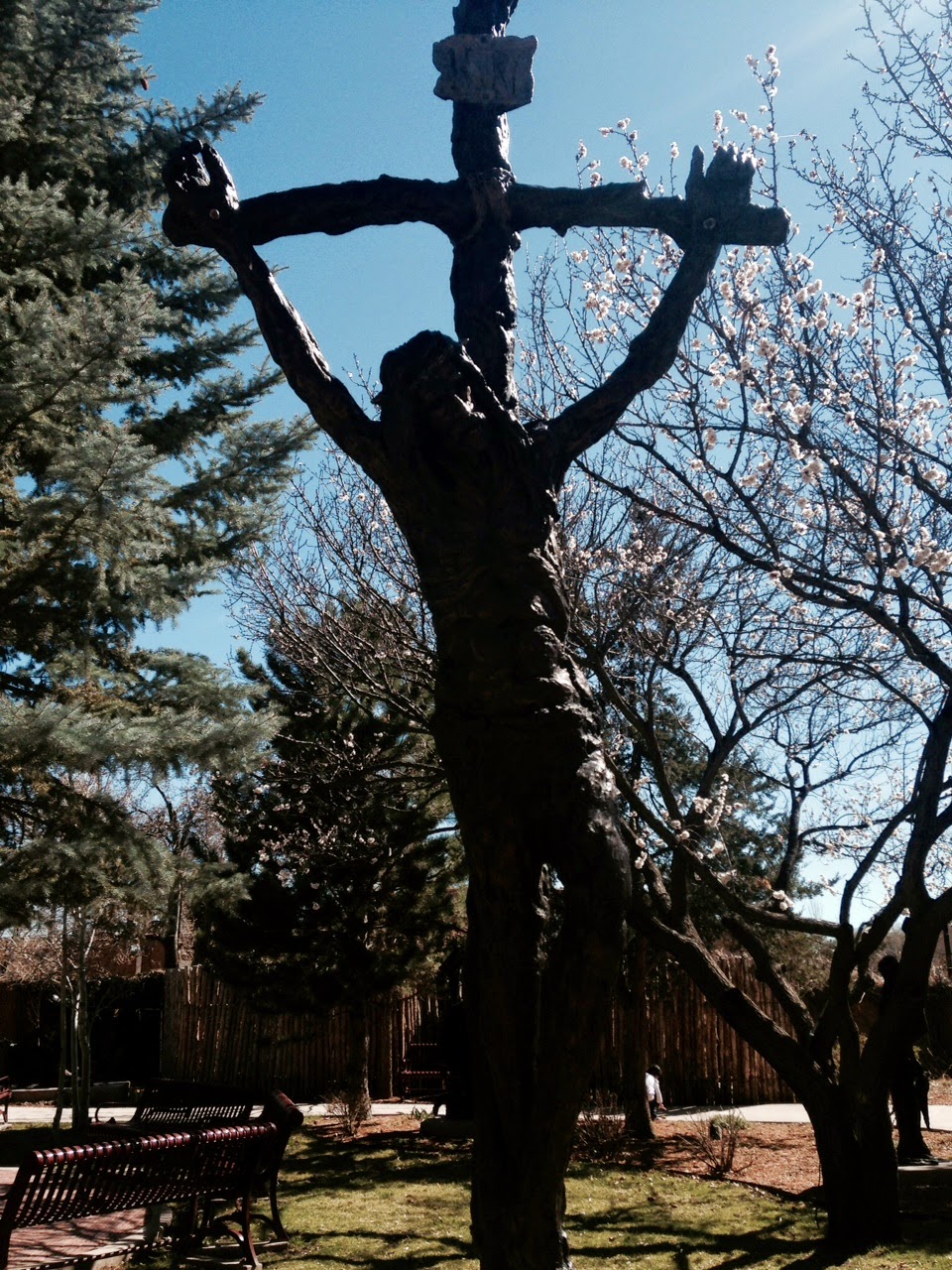 The kitchen was a favorite room and we used it well (don't judge us for our bourgeois wine choice, just call us frugal!) 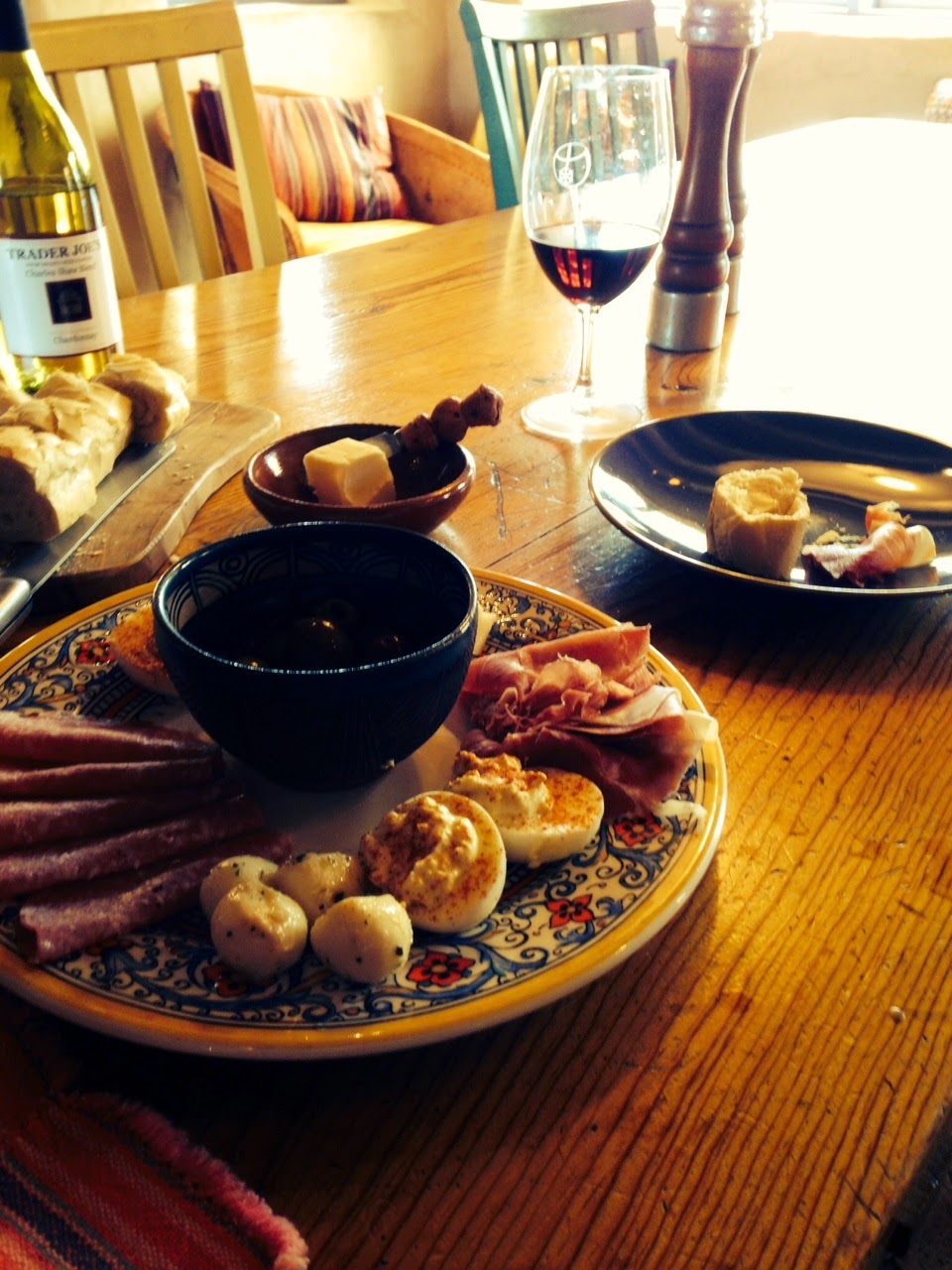 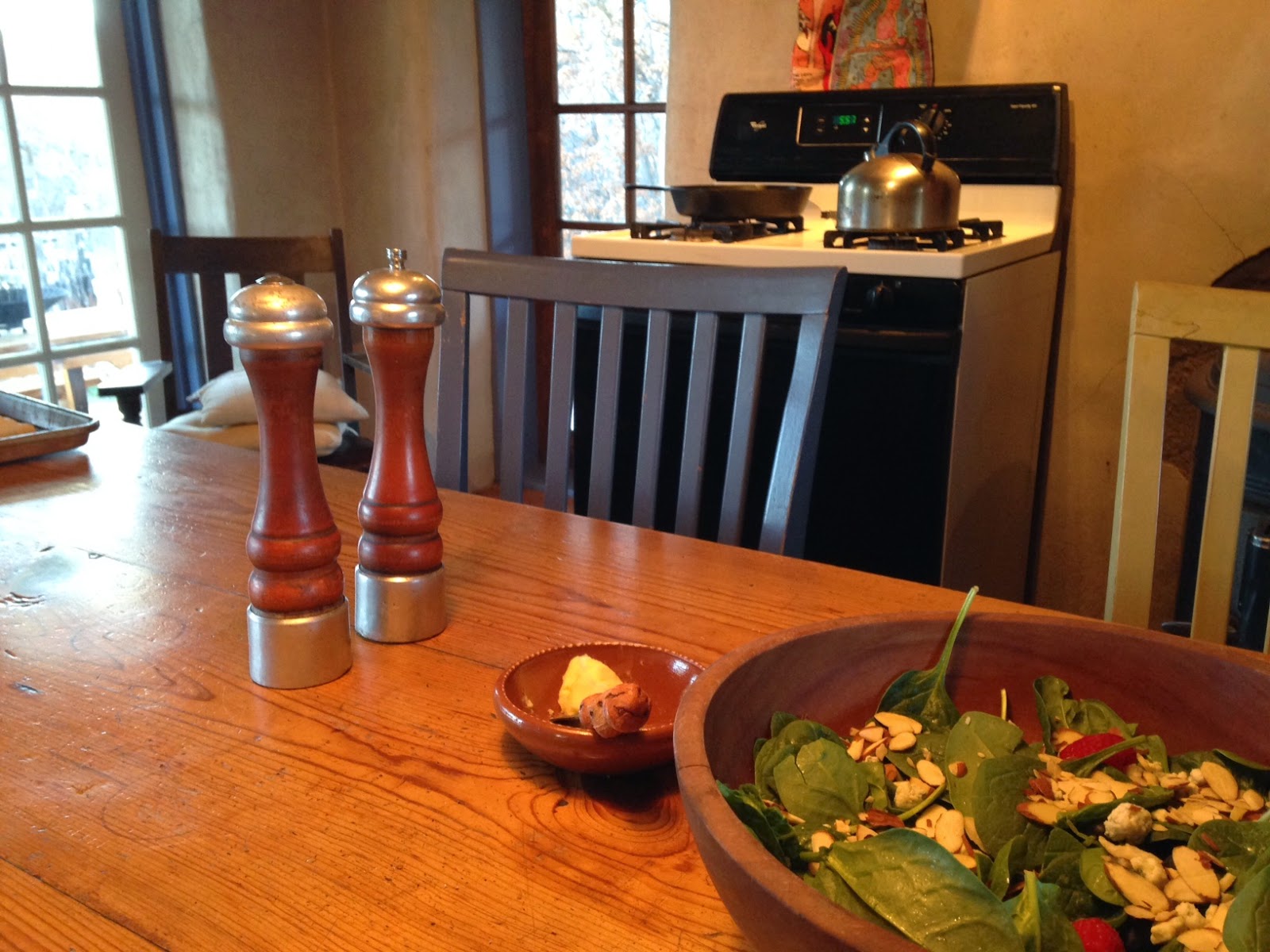 At the moment of desperation in which we planned this trip, I remembered that people in Texas often travel to the mountains.  Since we couldn't afford airfare to get to the coast (I'm an oceanside kind of girl) I began looking up locations for us to sleep in New Mexico. Somewhat dubiously, I concluded that mountains might possibly be as Grand as the Sea.

Turns out that mountain views are pretty grand, indeed.  Unfortunately, Brian was sick (different sick than the birthday sick two weeks earlier), but we managed to still enjoy our time with a balance of exploring new places (Monastery of Christ in the Desert , for one) with simple, restful reading, cooking and hot tubbing.  We did attempt a game of dominoes at one point.  I thought about writing; Brian thought about studying.  Mostly, though, we just tried to notice the day and place together.

Of every place we visited in the few days we had, the monastery is the place I'd most like to revisit.  The 13-mile windy, narrow road into the middle of total silence was itself an adventure.  We joined the monks for mid-afternoon prayer (None).  In that quiet space we brought our intercession for the list of wounded, aching, and ill friends and family we carry in our hearts.  I know God hears us the same no matter where we are, but it felt reasonable to carry these Lenten prayers into the middle of the desert, somehow. 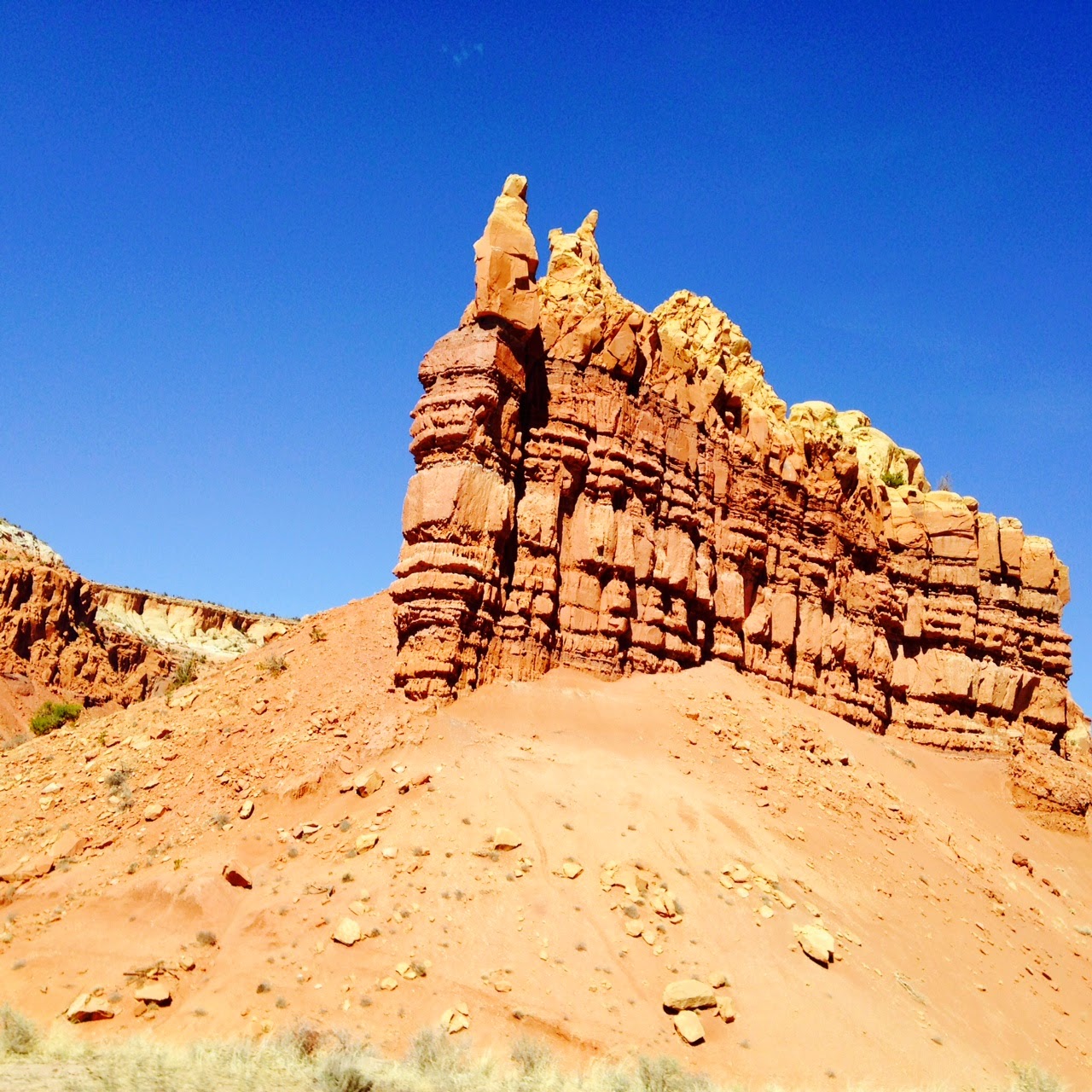 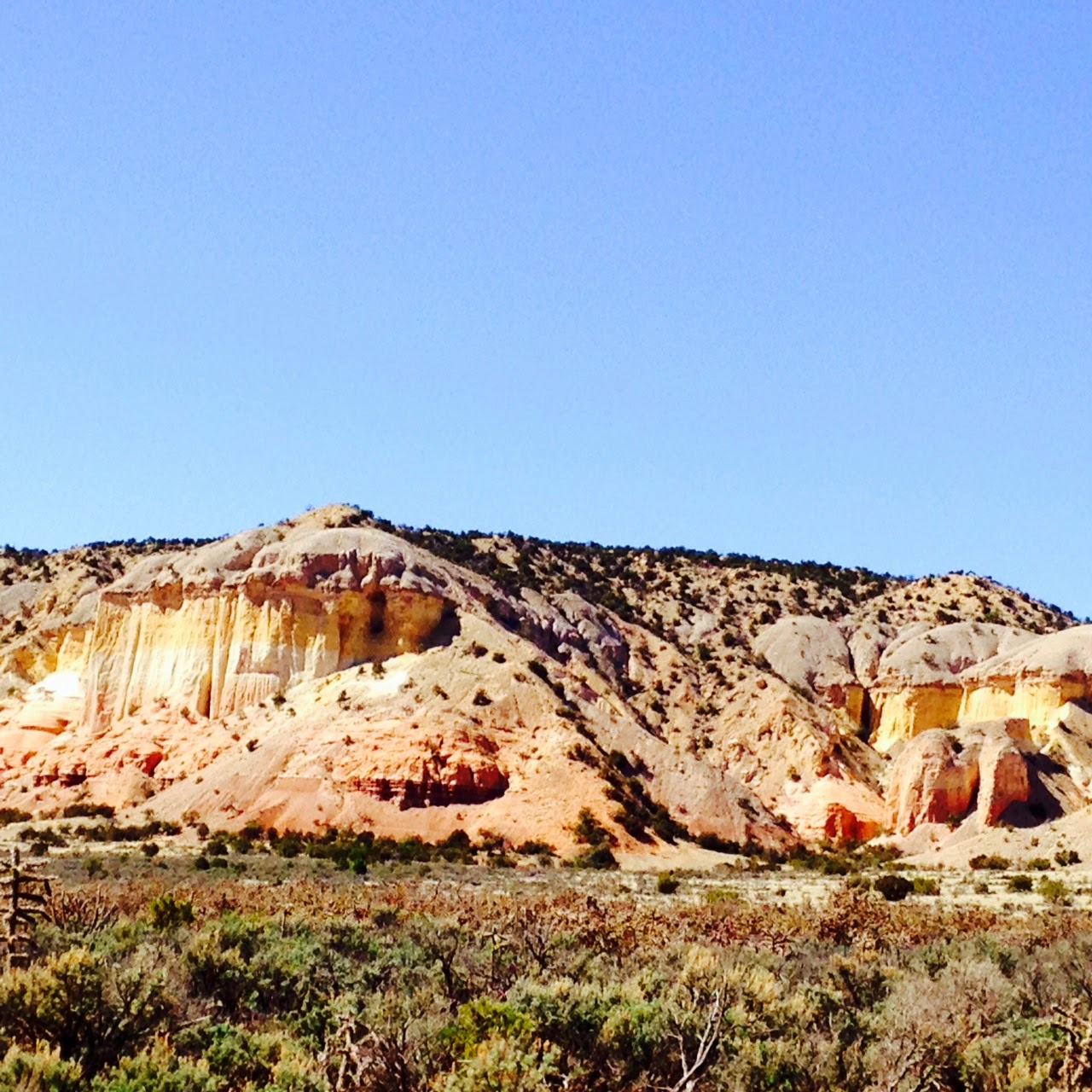 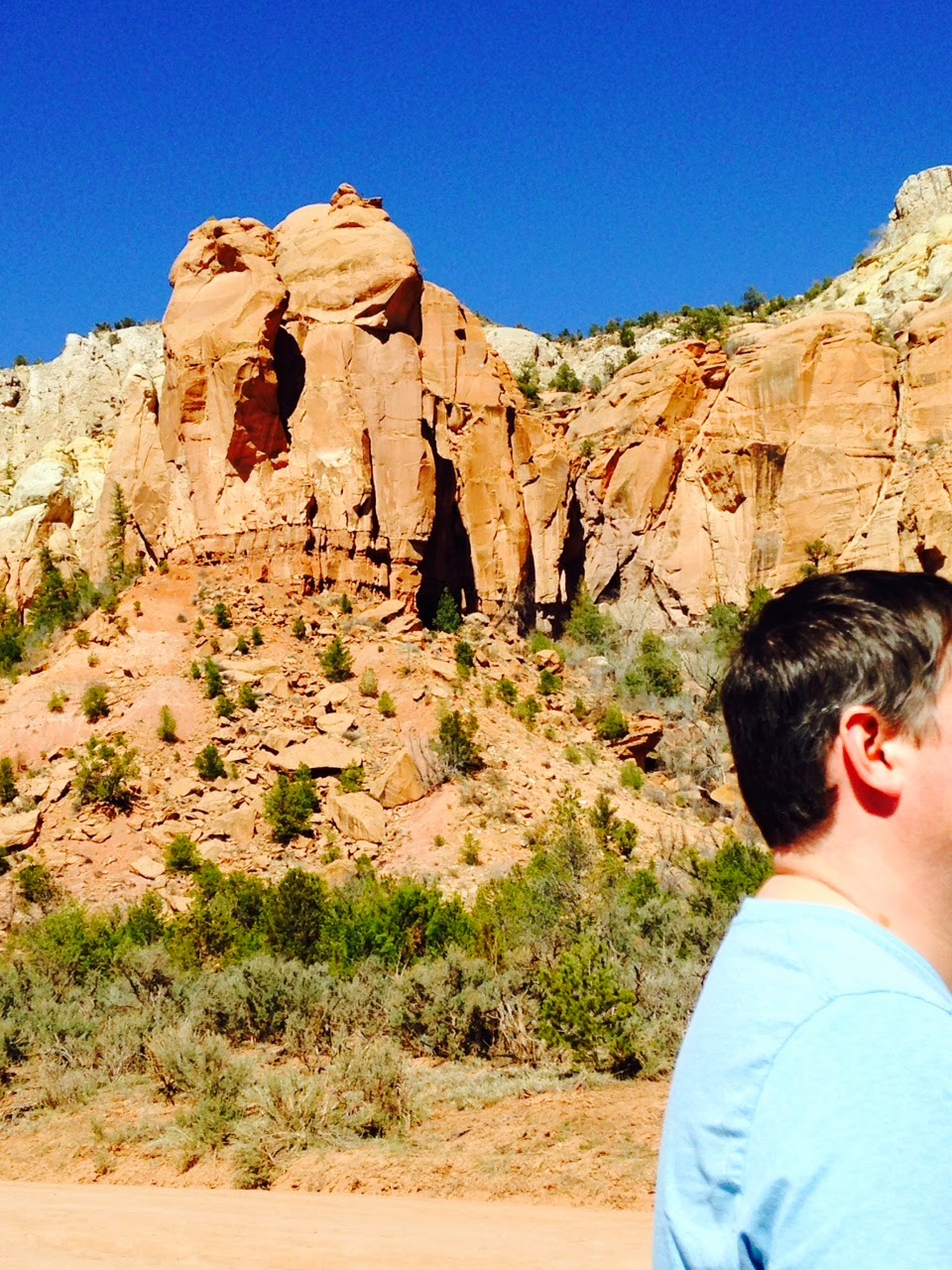 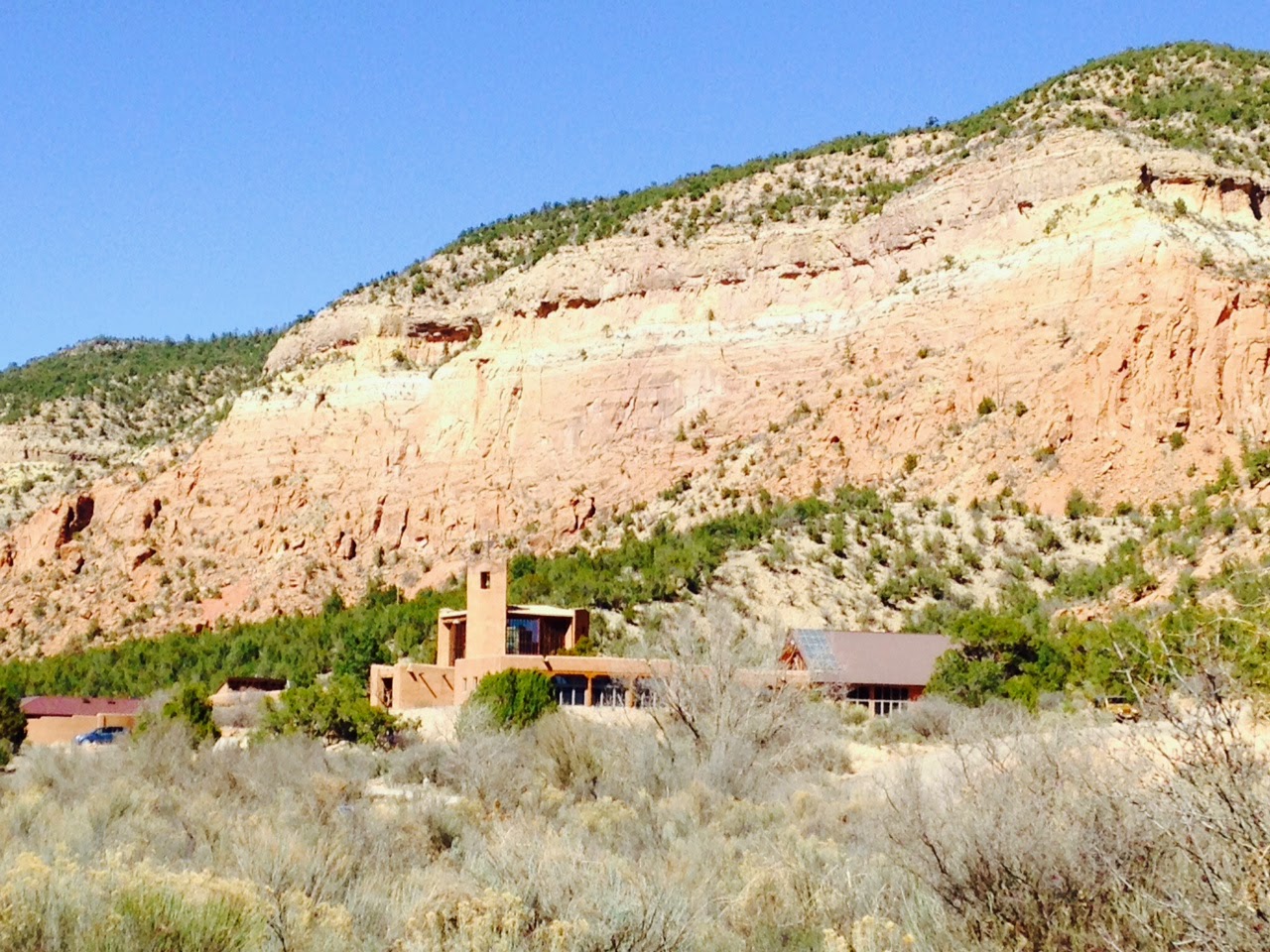 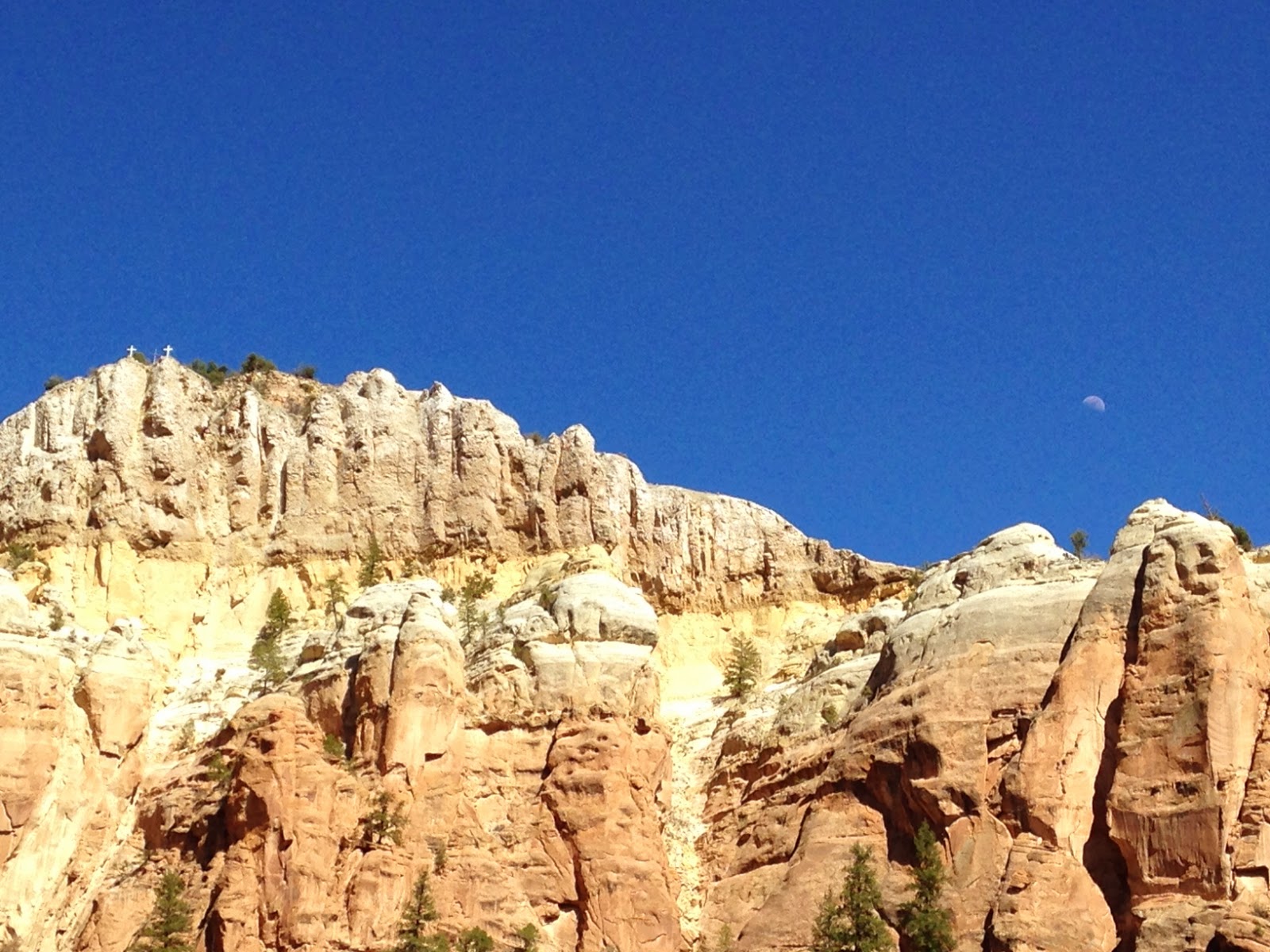 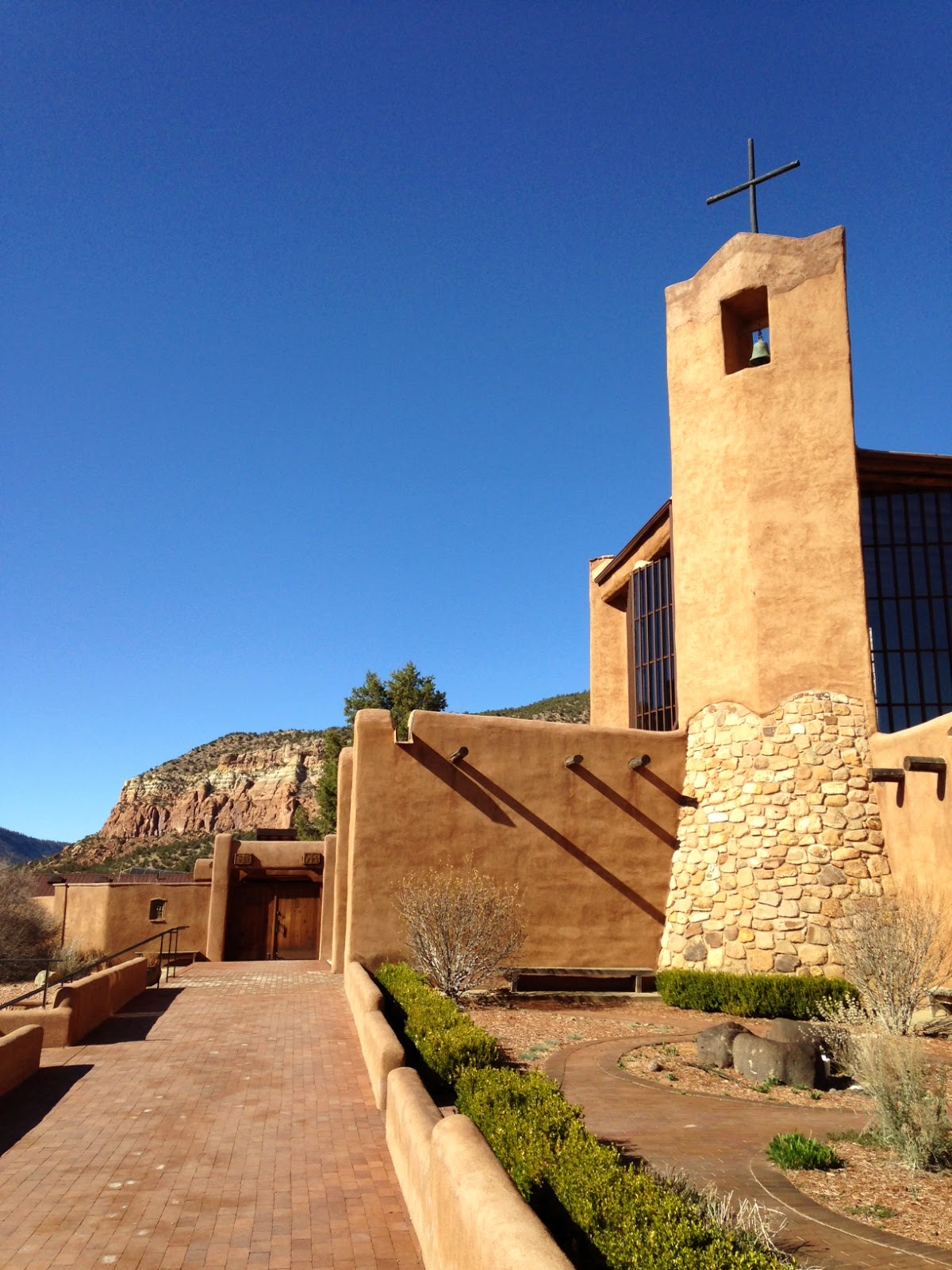 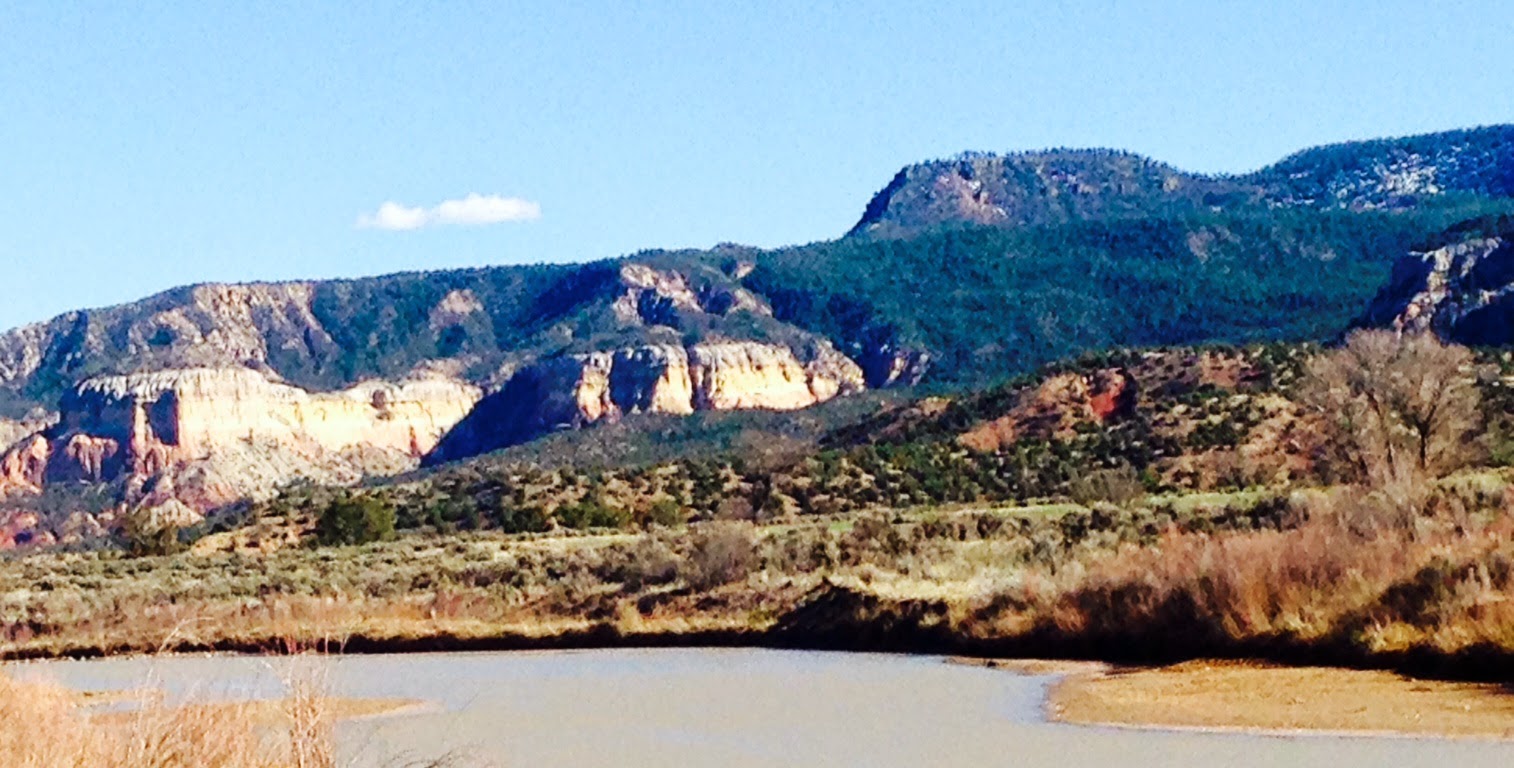 While I'm catching up here on my quick takes posts please join me in my weekly Eastertide blog series:  Easter Daybook (on Sundays) and Practice Resurrection Photo Stories on Mondays.  Join me as I keep looking for the Risen Christ every place I find myself. I'd love to hear how you are practicing resurrection during Eastertide.

Check out the #practiceresurrection2015 series and send us a photo story or two in these coming weeks, won't you? 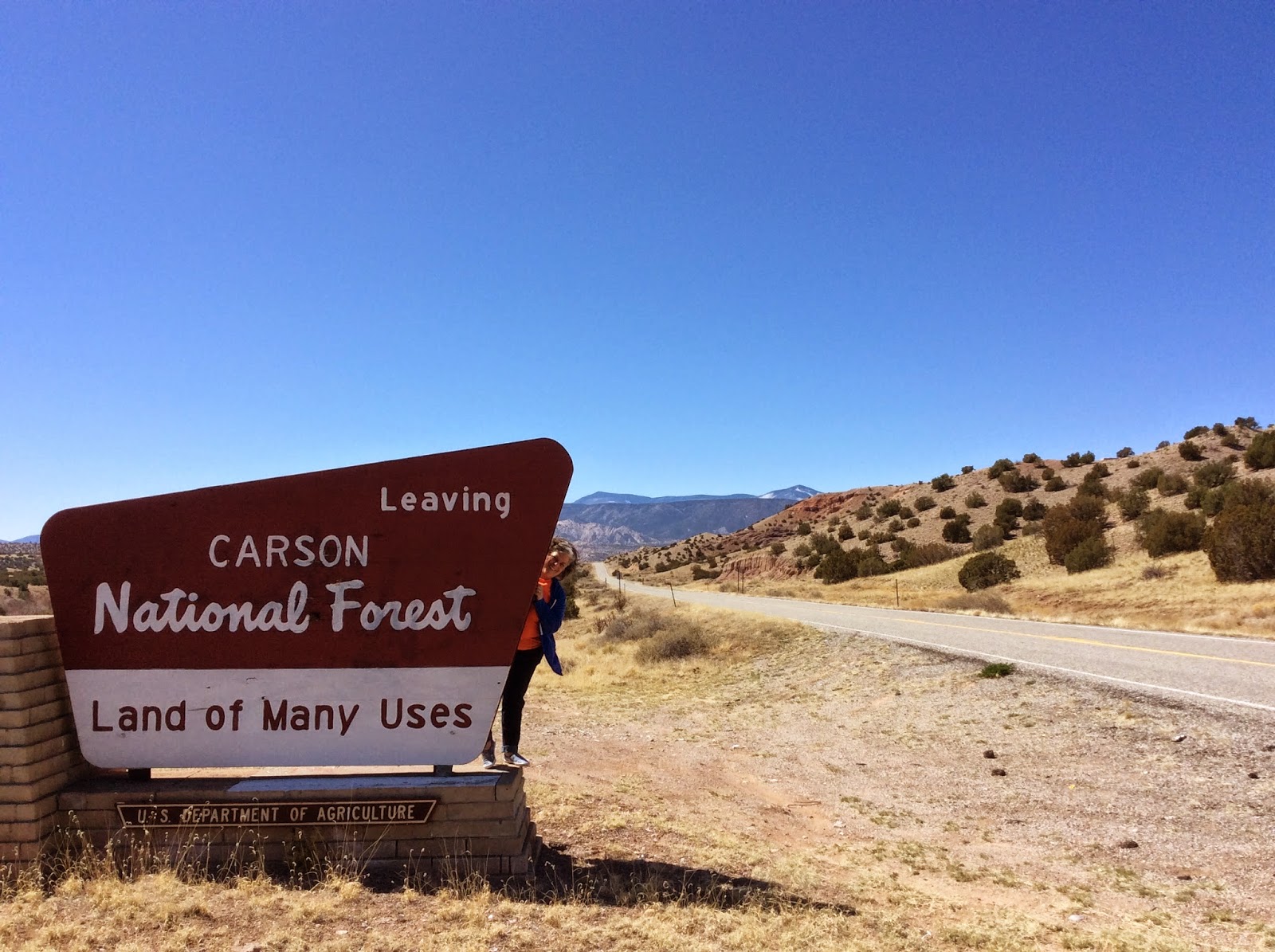